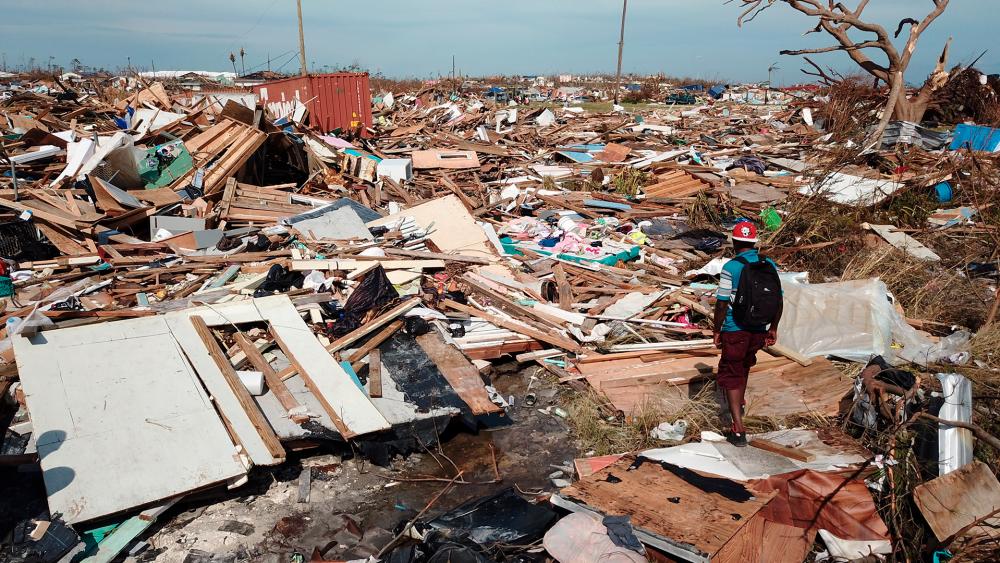 The extensive damage and destruction in the aftermath of Hurricane Dorian is seen in The Mudd community on Great Abaco, Bahamas, Sept. 5, 2019 (AP Photo/Gonzalo Gaudenzi)

An estimated 2,500 people are listed as missing in the Bahamas in the aftermath of Hurricane Dorian. That's according to the government which also cautioned that the names hadn't yet been checked against the rosters of people who were evacuated or staying in shelters.

A government spokesman expects the number of missing to shrink, but the death toll is also expected to rise significantly.

It now stands at 50 but will climb as search and recovery teams are still making their way through the ruins.

The prime minister announced the country would hold a national day of prayer.

In the face of disaster after Hurricane Dorian, CBN's Operation Blessing is on the frontlines in the recovery effort.

Survivors are desperate for food, water, medical attention, and shelter.

Traverso says many victims are "the poorest of the poor,"  and not everyone trying to evacuate with their families will make it off the devastated islands.

Operation Blessing is providing clean water to victims through a solar-powered desalination system, lighting through solar lamps, and medical attention by OB physicians.