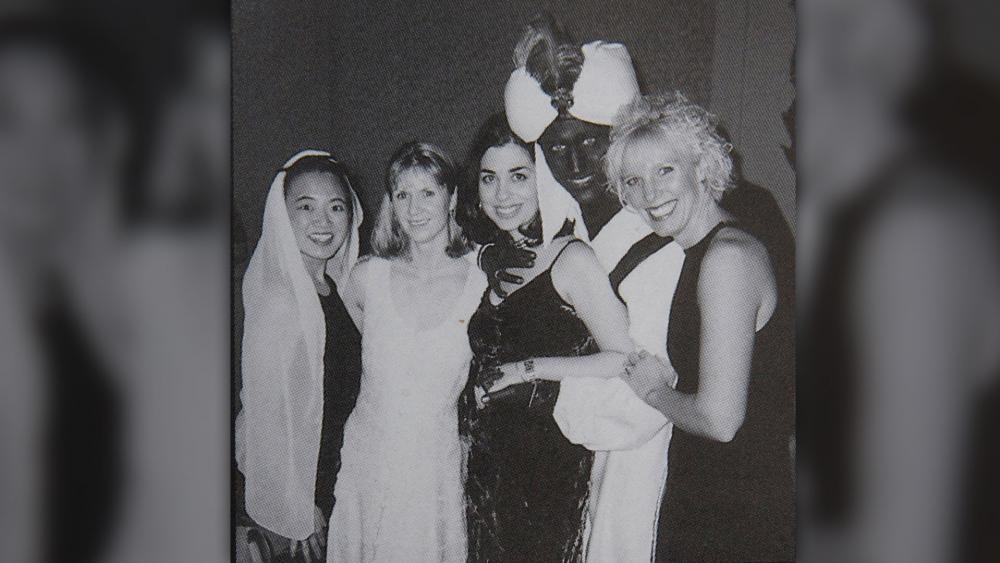 A third picture, this time a video, has emerged of Canadian Prime Minister Justin Trudeau dressed in black/brown face. Global News reports the video was shot in the early 1990s, but it is not clear where it takes place. It shows Trudeau covered in dark make-up on his arms, legs, and face, and wearing a white T-shirt and jeans ripped at the knees. Global News says it does not appear to have been shot at the same time as other pictures of the Prime Minister with his face darkened.

Earlier pictures of Trudeau from 2001 when Trudeau was a 29-year old school teacher at an exclusive private school in British Columbia, show the future prime minister dressed as Aladdin for an "Arabian Nights" dinner gala, and with a make-up darkened face and arms.

First reported by Time magazine on Wednesday, it set off a firestorm of criticism and accusations of racist behavior aimed at the progressive and usually politically correct Liberal party politician who's currently locked in a tough re-election campaign. The second brown-face picture of Trudeau was from high school when he appeared in a school talent show.

"I shouldn't have done that. I should have known better and I didn't. I'm really sorry," Trudeau told reporters Wednesday night.

Time reports when asked if he thought the photograph was racist, he said, "Yes it was. I didn't consider it racist at the time, but now we know better."

A decades-old picture from a medical school yearbook surfaced purportedly showing Northam in blackface standing beside someone dressed in a Ku Klux Klan outfit.

CNN reported Northam's apology at the time, saying Northam confirmed he was in the medical school yearbook photo and said in a statement that the costumes were "clearly racist and offensive."

"Earlier today, a website published a photograph of me from my 1984 medical school yearbook in a costume that is clearly racist and offensive," Northam said. "I am deeply sorry for the decision I made to appear as I did in this photo and for the hurt that decision caused then and now."

The Democrat governor made a series of bumbling apologies for doing what he admitted was a racist act, but afterward reversed his admission, and brazenly out-and-out denied that he was the guy pictured in the photo. He refused to resign and is still in office.

Only when Canadians go to the polls October 21 will we know if Trudeau will be as fortunate.