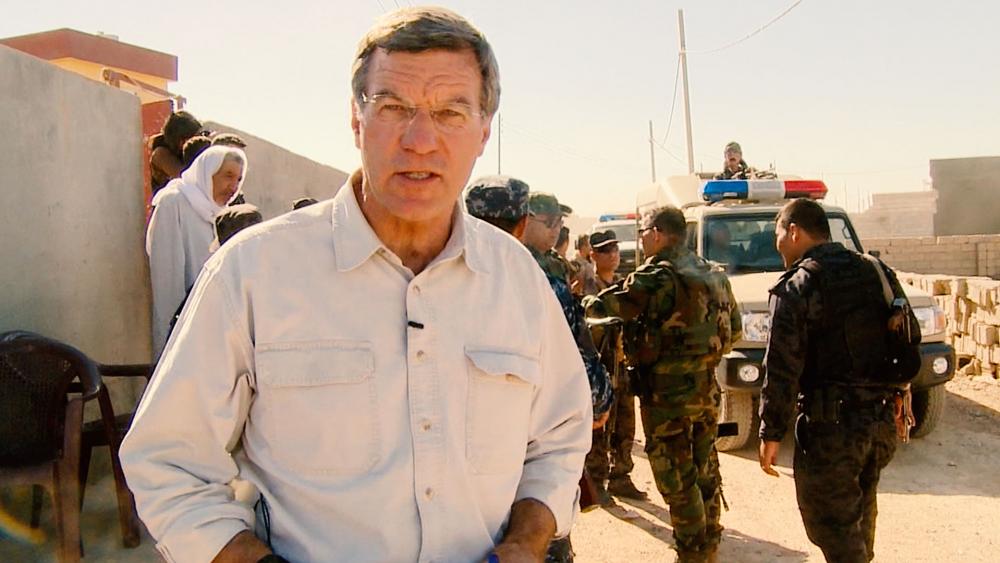 JERUSALEM, Israel – August 17 marks the twentieth anniversary of the CBN News Bureau in Jerusalem, which has grown from a tiny office to a global outreach.

Chris Mitchell arrived in Israel with his wife, Liz, and their three children to open the CBN News Bureau on August 17, 2000. They had no idea what would begin just five weeks later – a four-year-long campaign of Palestinian terror attacks and suicide bombings known as the Second Intifada rocked Israel.

Chris recalls that it was a chaotic time not only to raise a family but to begin a business. CBN News Jerusalem started in a one-room office, a small staff, and a mandate to cover the news from a biblical perspective without a bias against Israel or the Jewish people.

Click on the box above to see Pat Robertson's interview with CBN News Bureau Chief Chris Mitchell on Monday's 700 Club.

During the ensuing years, Chris and the staff have been able to cover firsthand how Jerusalem and the Middle East comprise the epicenter for world-shaking events.

In 2005, CBN News covered the wrenching Israeli pullout from the Gaza Strip as thousands of Israelis were evicted.

The following year, Pat Robertson joined Chris and the crew on the front lines of the 2006 second Lebanon war and prayed for Israel on a live broadcast of The 700 Club.

When the Arab Spring erupted in 2011, CBN News sped to Tahrir Square in Cairo where thousands gathered to protest the government of Egyptian President Hosni Mubarak.

CBN News covered the rise of ISIS and its reign of terror, from the bombed-out city of Sinjar to the mass grave of Yazidis. We saw the ruins of the Islamic State after its demise in the city of Mosul. We spent time with the Kurdish Peshmerga, the brave men and women spearheading the battle against ISIS.

We met face-to-face with persecuted Christians and told the world about the awful rise of Christian persecution throughout the Middle East.

Many times CBN News went to Israel's southern border when wars broke out with Hamas and went underground on Israel's northern border to get a rare look at a Hezbollah terror tunnel.

We've been on the scene during the Trump years and covered the historic decision by President Trump to move the US Embassy to Jerusalem, and we saw the opening of Saudi Arabia to the world.

In 2011, CBN News began the award-winning program, Jerusalem Dateline. Now entering its tenth season, it is broadcast around the world and translated into multiple languages.

During the past 20 years, CBN viewers have seen prophetic stories of the Jewish people returning to the land of Israel and the remarkable archeological finds that prove the Bible – like the Seal of King Hezekiah and the Pilgrimage Road in the City of David where Jesus walked.

Through it all, the bureau sees itself like the Book of Isaiah says – to be watchmen on the walls of Jerusalem, and like the tribe of Issachar to understand the times.