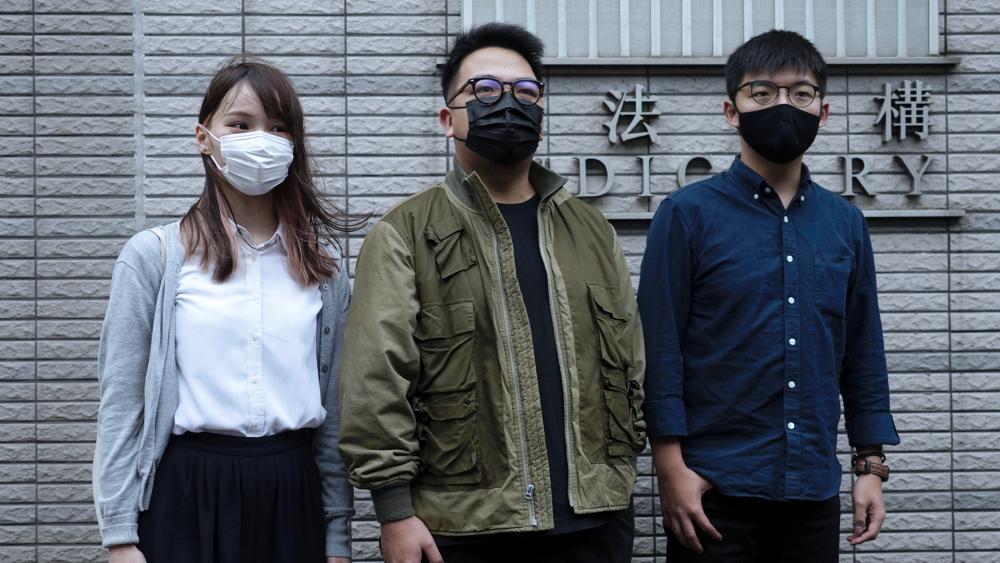 The 24-year-old has been sentenced to 13-and-a-half months in prison for his role in a protest near police headquarters in 2019. He was convicted of organizing, participating in, and inciting others to take part in an unauthorized assembly.

"I know the coming days will be tougher. We will hang in there," Wong shouted after the sentence was read aloud.

Wong also said through his lawyer, "It's not the end of the fight. Ahead of us in another challenging battleground. We're now joining the battle in prison along with many brave protesters, less visible yet essential in the fight for democracy and freedom for Hong Kong."

More than 10,000 protesters have been arrested over Hong Kong's pro-democracy protests. The crackdown on anti-government activists has intensified after Beijing imposed a sweeping national security law on the city that has curtailed basic liberties that Hong Kongers used to enjoy. Critics say the law has ended the "one country, two systems" framework that guaranteed Hong Kong a high level of autonomy during the handover of Hong Kong from Britain to China 23 years ago.

Nathan Law, another high-profile pro-democracy leader, who was granted asylum in the United Kingdom tweeted, "Sentences could pile up. To be honest I have no idea when the trio could step out of prison if Beijing pledges to impose the hardest charges on them arbitrarily. I hope the international community could voice against this unjust sentencing and demand the immediate release of the trio."

Wong's co-leaders are facing jail for the same charges. Ivan Lam was sentenced to 7 months in jail while Agnes Chow is facing 10 months. Chow cried in court upon hearing her sentence. Having been denied bail, she had to spend her 24th birthday on Dec. 3, behind bars.