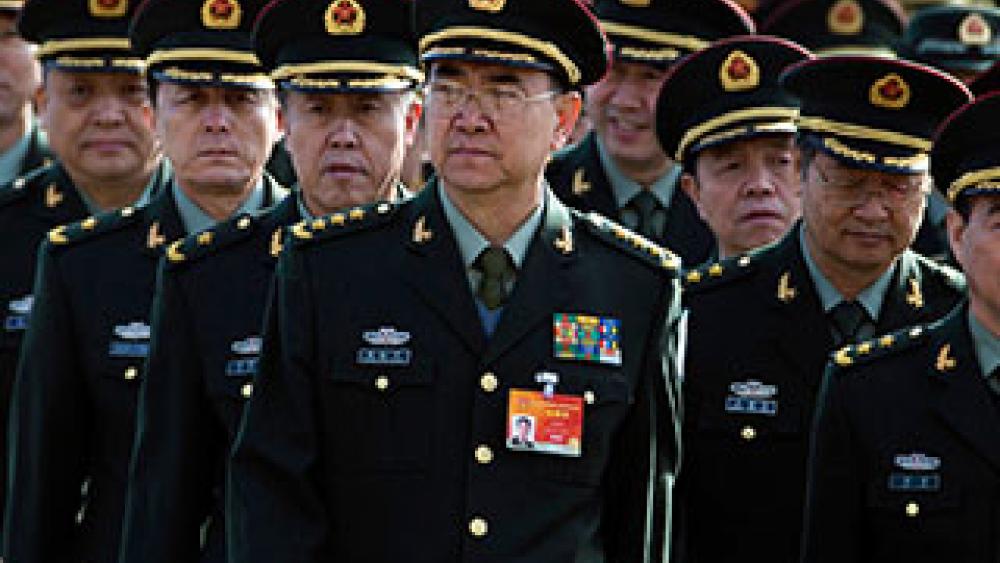 China is the greatest threat to freedom and democracy. That warning comes from a top US intelligence official who says America should also prepare for an open-ended period of confrontation with Beijing.

The warning from the head of America's national intelligence was unprecedented as it was clear and unequivocal: China and its Communist government pose the greatest threat to democracy and the free world since World War II.

John Ratcliffe, director of National Intelligence, wrote in a recent Wall Street Journal editorial that China is America's number one national security threat and that "Beijing intendeds to dominate the rest of the planet economically, militarily and technologically."

"It is the way that a great power, with a non-democratic government, chooses to seek to extend its influence worldwide," Michael O'Hanlon, a senior researcher with Brookings Institute, told CBN News.

Ratcliffe accuses China of deploying what he calls a "rob, replicate, and replace" approach in its ambitions to dominate the world.

"It's been well known for decades that China tries to copy the industries of other countries and then takes it to scale, makes it more efficient and largely operates and builds itself up through the global economic ranks with that approach," O'Hanlon said.

"The relevant article, with a sensational title, does not present any solid evidence at all. It offered nothing new but repeating the lies and rumors to smear China," claimed Hua Chunying, China's Foreign Ministry spokesperson.

Fast forward to 2020 as we examined how China's President Xi Jinping has been massively overhauling the country's military, economy and political influence as part of his "Great Rejuvenation" project.

"Which, to put it into sort of Trumpian terms, means to 'make China great again'" Tom Miller, a China expert, told CBN News.

Miller says since taking the reins, President Xi has been on a trajectory of preparing China to be the world's dominant power.

"Under Xi Jinping, China has been very, very deliberately trying to realize its ambition to become the global superpower," asserts Miller.

Chinese scholars say it's also part of Xi's deep belief that his country has a divine right to rule the world.

"The 'mandate of heaven' is from China's imperial past where Chinese emperors believed that they not only had the right, but they were compelled by heaven to rule the world and there's this notion of Tianxia, or 'all under heaven'," said Gordon Chang, an Asia analyst.

One way is by military force.

As commander-in-chief of the world's largest fighting force, Xi has remade China's People's Liberation Army, or PLA, into a military rapidly closing the gap on US firepower.

The Pentagon revealing for the first time that China now has the world's largest navy and plans to double its nuclear warhead arsenal in this decade, which includes ballistic missiles that can reach the United States.

The results could mean a significant threat to the United States, its allies, and the Asia Pacific's balance of power.

"China seeks to build a military that is equal to, and in some cases superior to, the US military or the military of any other great power that China perceives as a potential threat," warned Chad Sbragia, Deputy Assistant Secretary of Defense for China.

China's capabilities in emerging technologies, such as robotics, artificial intelligence, and next-generation technology and telecommunications, now rival that of the United States.

"If we used to be ahead of China by half a lap, on the proverbial track, now we are ahead by maybe a few strides and China is maybe even closing the gap further as we go," O'Hanlon told CBN News.

Ratcliffe insists that resisting China's ambitions of becoming an economic, military, and technological super-power will be the challenge of our generation and warns that America should prepare for an "open-ended period of confrontation" with Beijing.