US Deploys B-52 Bombers to Persian Gulf, Warning Iran Against Possible Attacks 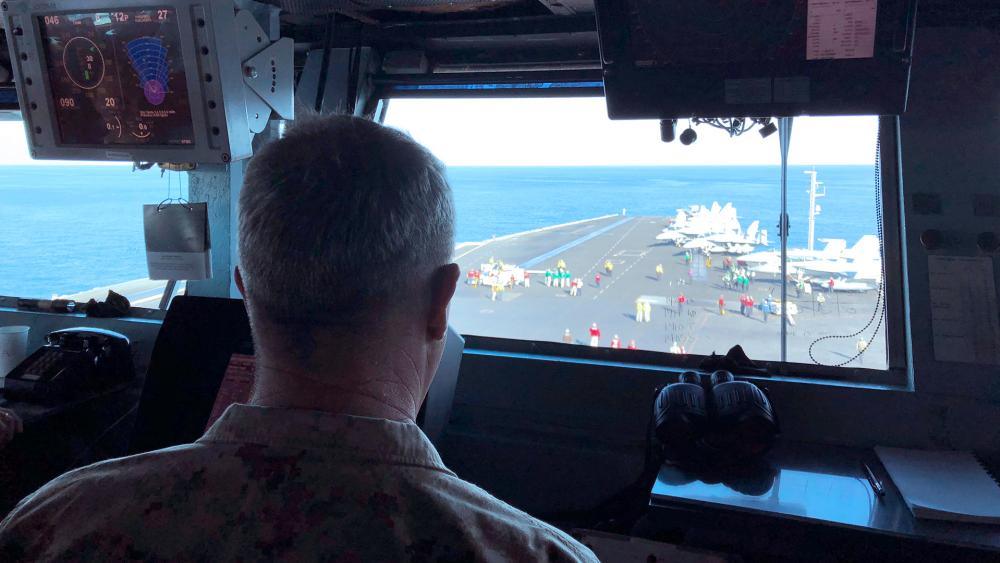 The United States flew two B-52 bombers over the Persian Gulf on Wednesday as a forewarning to Iran against any potential attacks against American or allied targets in the Middle East.

A senior US military officer said the aircraft departed from Minot Air Force Base in North Dakota on Tuesday morning, Fox News reports.

This week's mission marks the third time in the past 45 days that US Air Force bombers have flown over the Persian Gulf. The operations were conducted ahead of the one-year anniversary of the US killing Iran's top military commander, Gen. Qassem Soleimani.

"The United States continues to deploy combat-ready capabilities into the U.S. Central Command area of responsibility to deter any potential adversary, and make clear that we are ready and able to respond to any aggression directed at Americans or our interests," said Commander of U.S. Central Command, Gen. Frank McKenzie. "We do not seek conflict, but no one should underestimate our ability to defend our forces or to act decisively in response to any attack."

As CBN News reported at the time, members of US Special Operations forces killed Soleimani on Jan. 3 in a drone strike in Baghdad. One senior U.S. military officer, who wanted to remain anonymous, said US intelligence had identified signs of "fairly substantive threats" from Iran.

The latest bomber flight occurred just one week after President Trump warned of a possible retaliation against Iran after more than 20 rockets were launched at the US Embassy in Baghdad, Iraq on Dec. 20.

Additionally, the senior military official said there could be a "potential for other more complex attacks" against Americans in Iraq. "I think it is likely that the U.S. Embassy in Baghdad would be attacked again in some manner."

He added, "We're seeing planning for, particularly in Iraq for complex attacks that require Iranian assistance in order to be pulled off. It's unclear to us, whether it's contingency planning, or whether it's a plan that is advancing because approval has been given and they're just trying to get all the pieces in place and execute."

Concerns over a possible Iranian attack mounted after the November killing of Mohsen Fakhrizadeh, an Iranian scientist named by the West as the leader of the Islamic Republic's disbanded military nuclear program.

Iran said Israel was responsible for that killing but US officials are still wary that Iran could seek revenge against the US.