Iran News Agency: Death Toll From Coronavirus in Qom is at 50 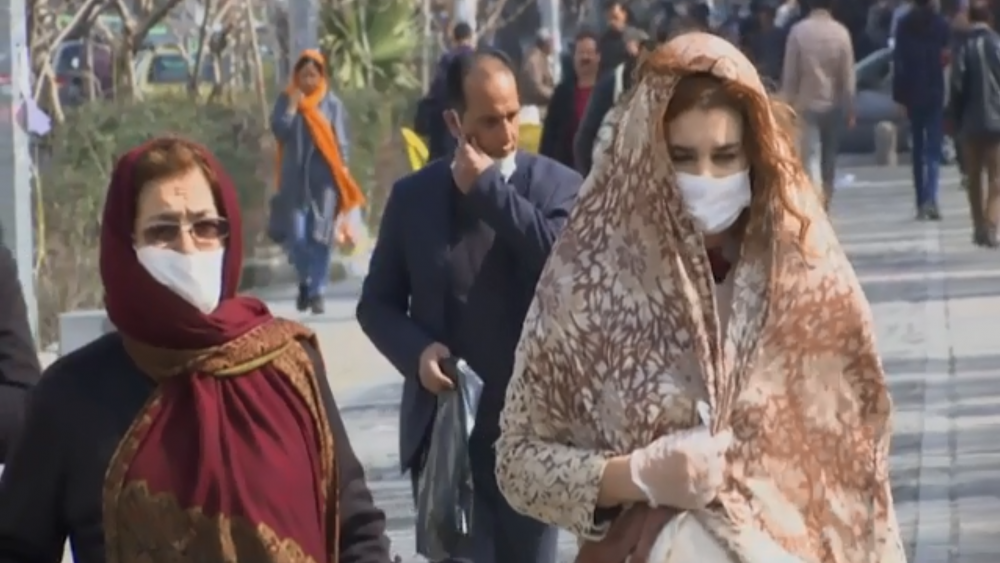 DUBAI, United Arab Emirates (AP) - A staggering 50 people have died in the Iranian city of Qom from the new coronavirus this month, Iran's semiofficial ILNA news agency reported on Monday.

The new death toll is significantly higher than the latest number of confirmed cases of infections that Iranian officials had reported just a few hours earlier by and which stood at just 12 deaths out of 47 cases, according to state TV.

An official from Qom, Ahmad Amiriabadi Farahani, was quoted in ILNA saying that more than 250 people are in quarantined in the city, which is a popular place of religious study for Shiites from across Iran and other countries.

He said the 50 deaths date as far back as Feb. 13. Iran, however, first officially reported cases of the virus and its first deaths on Feb. 19.

The new coronavirus originated in China sometime around December. There are concerns that clusters in Iran, as well as in Italy and South Korea, could signal a serious new stage in its global spread.

A top World Health Official expressed concerns Monday over the virus' spread. “We are worried about the situation in the Islamic Republic of Iran and in Italy,” WHO chied Tedros Adhanom Ghebreyesus told a news conference in Stockholm via a video link.

Authorities in Iran have closed schools across much of the country for a second day and as neighboring countries reported infections from travelers from Iran, prompting several to shut their borders to Iranian citizens.

The number of deaths compared to the number of confirmed infections from the virus is higher in Iran than in any other country, including China and South Korea, where the outbreak is far more widespread.

Iranian health officials have not said whether health workers in Qom who first came in contact with infected people had taken precautionary measures in treating those who died of the virus. Iran also has not said how many people are in quarantine across the country overall.

Kuwait announced on Monday its first cases of the virus, saying that three travellers returning from the northeastern city of Mashhad, Iran were confirmed infected with the coronavirus.

Iran, however, has not yet reported any confirmed cases of the virus in Mashhad, raising questions about how the government is carrying out tests and quarantines.

Iran has confirmed cases so far in five cities, including the capital, Tehran. A local mayor in Tehran is among those infected and in quarantine.

Kuwait has been evacuating some 750 citizens from Iran and testing them as they enter the country after saying that Iran had barred its medical workers from testing travelers at an exit terminal in Iran, despite an agreement to do so.

The three returning from Iran to Kuwait who were infected with the virus are being treated in Kuwait and were identified as a Kuwaiti male, 53, a Saudi male, 61, and the third was not identified except as a 21-year-old. The news was reported by the Kuwait News Agency quoting the Kuwait Health Ministry.

Iranian travelers with the virus have also been confirmed in Canada, Lebanon, the United Arab Emirates and Bahrain.

The outbreak in Iran has centered mostly on the city of Qom, but spread rapidly over the past few days as Iranians went to the polls on Friday for nationwide parliamentary elections, with many voters wearing masks and stocking up on hand sanitizer.

Iran is already facing diplomatic and economic isolation under U.S. pressure. The virus threatens to isolate Iran even further as countries shut their borders to Iranians.

Soccer fans across the country will not be allowed to attend matches, and shows in movie theaters and other venues were suspended until Friday. Authorities have begun daily sanitization of Tehran's metro, which is used by some 3 million people, and public transportation cars in the city.