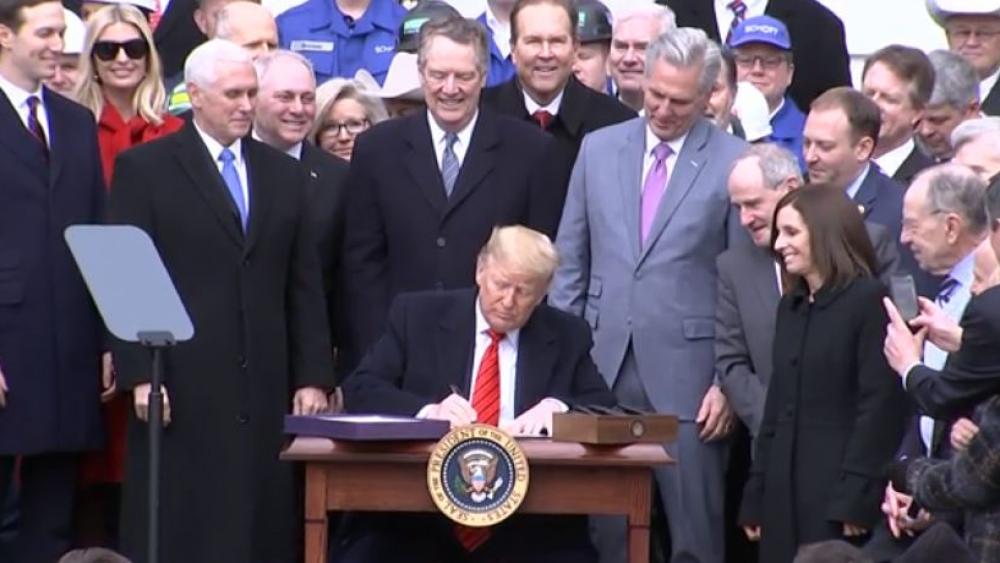 This is no doubt a big victory for the president. It's being hailed as a win for the American worker and is projected to create 600,000 jobs.

"I keep my promises and I'm fighting for the American worker," Trump said.

Surrounded by American workers on the south lawn of the White House, President Trump signed the largest trade deal in American history.

"NAFTA ends today and a new era of job and growth begins under the USMCA," Vice President Mike Pence said.

"This is something we really put our heart into," the President said. "It's probably the number one reason I decided to lead this crazy life that I'm leading right now as opposed to that beautiful simple life of luxury that I'd led before this happened. But I love doing it."

"This is quite a victory and I was one who was skeptical as you know that Trump could pull this off. I thought it was a risky strategy," The Heritage Foundation's Stephen Moore told CBN News.

But Moore says that strategy paid off and calls it Trump's biggest bi-partisan victory since taking office, adding the deal comes on the heels of Trump signing the "phase one" trade agreement with China.

"I guess what this means is Trump is on a roll here and they just announced a few days ago they are looking to finalize a trade deal with Britain. So Trump is really redesigning how we do trade deals,"  Moore said.

President Trump will tour a manufacturing facility in Michigan on Thursday. There he'll see first hand the impact the USMCA will have.

Mexico has already ratified the agreement. Canada is expected to follow suit in the coming weeks.