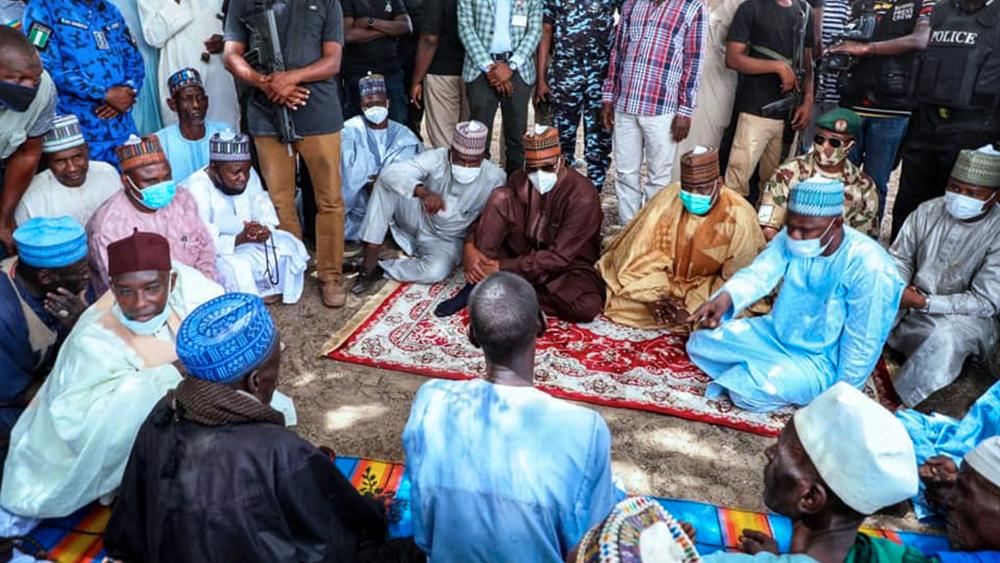 Graphic video showing dozens of bodies lying in the dirt as people, Nigerian soldiers, and local police survey the attack, was posted to Twitter on June 10 by Abubakar Sadiq Kurbe, who wrote, "These are not Animals, they are human beings killed by Boko Haram insurgents in the village of Gubio local gov't of Borno state. President @MBuhari, you were voted to protect the lives and properties of the electorates, these people need your attention, they too are human."

In the video, one man who's holding an AK-47 is attempting to count the bodies, which are spread out over a large area.

In addition to the 81 people massacred, 13 more were wounded, and livestock was killed and stolen. The head of the village and at least six others were abducted by the militants.

In a statement released Tuesday, the Borno state government said Gov. Babagana Umara Zulum has requested the Nigerian military "to undertake a final onslaught that should put an end the insurgents in the shore of the Lake Chad."

The governor described the attack as barbaric.

"Last year, about same number of people were killed in Gajiram like it happened again. This is barbaric. It is very unfortunate. The only solution to end this massacre is by dislodging the insurgents in the shores of Lake Chad. Doing so will require collaborative regional efforts" Zulum said.

Zulum visited the village of Faduma Kolomdi in Gubio on Wednesday.

The only survivor of the attack told Zulum what happened.

"The insurgents in gun trucks and armored tanks, came around 10:00 am yesterday (Tuesday). They operated for about six hours and left around 4:00 pm. They gathered us and said they wanted to deliver a religious sermon to us. They asked us to submit whatever arm we had. Some villagers gave up their guns, bow, and arrows. The insurgents pretended as if they were not there for any violence," the survivor said.

"Suddenly, they started shooting at will. Even children and women were not spared, many were shot at close range. Many started running. At the end, many persons were killed. (We) have been burying people from 10:00 pm last night to about 6:00 am this morning. We have buried 49 corpses here while another 32 corpses were taken away by families from the villages around us. The insurgents abducted seven persons including our village head. They went away with 400 cattle," he said.

The government said a resident of a nearby village also corroborated the survivor's account of the attack.

As CBN News reported earlier this year, Christian Solidarity International (CSI) issued a genocide warning for Nigeria, calling on the United Nations Security Council to take action. CSI issued the call in response to "a rising tide of violence directed against Nigerian Christians and others classified as 'infidels' by Islamist militants in the country's north and middle belt regions."

In their letter, the senators point to 40,000 Nigerian deaths tied to the Islamic terrorist group Boko Haram.