UK Police: Park Stabbings That Killed 3 was a Terror Attack 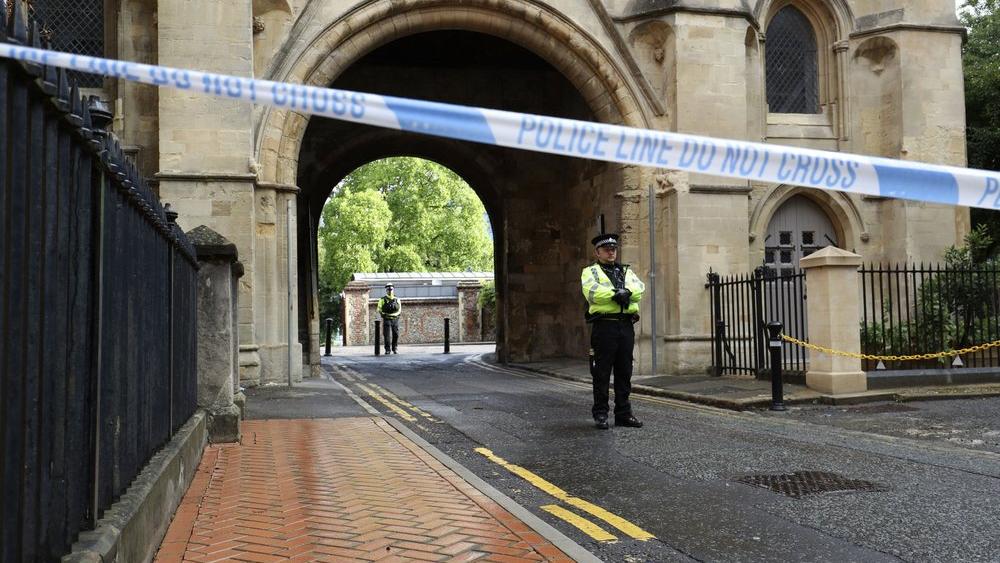 READING, England (AP) — British police say they are treating a stabbing rampage in a park that killed three people as a terrorist attack.

Dean Haydon, the U.K.’s coordinator of counterterrorism policing, said counterterror detectives were taking over the investigation into the attack in the town of Reading, west of London.

Police had earlier said they were keeping an open mind about the motive.

Three people were killed and three others seriously wounded in stabbings in Reading’s Forbury Gardens Park on Saturday evening. A 25-year-old man is in custody.

British police on Sunday were seeking the motive of a 25-year-old man suspected of stabbing three people to death in a daylight attack in a park.

Detectives said they were not, for now, treating Saturday’s attack in the town of Reading as terrorism, though the counterterrorism unit is supporting the investigation. They said they were keeping an “open mind” about the motive.

The Thames Valley Police force said officers arrested a 25-year-old local man at the scene and they were not looking for anyone else. Overnight, heavily armed officers entered an apartment about a mile from the attack.

“There is no intelligence to suggest that there is any further danger to the public,” said Detective Chief Superintendent Ian Hunter. “This is not currently being treated as a terrorism incident; however, officers are keeping an open mind as to the motivation.”

British Prime Minister Boris Johnson said his “thoughts are with all of those affected by the appalling incident in Reading.”

Several other people were injured, three of them seriously, in an attack that came out of the blue on a sunny summer evening in Forbury Gardens park in Reading, a town of 200,000 residents 40 miles (64 kilometers) west of London.

Personal trainer Lawrence Wort said the park was full of groups socializing on the grass when “one lone person walked through, suddenly shouted some unintelligible words and went around a large group of around 10, trying to stab them.”

The incident came hours after a Black Lives Matter demonstration at Forbury Gardens, but police said there was no connection between the attack and the protest.

Britain’s official terrorism threat level stands at “substantial,” the middle level on a five-rung scale, meaning an attack is likely.