Markets Reel While War Against COVID-19 Continues, But There's One Bright Spot 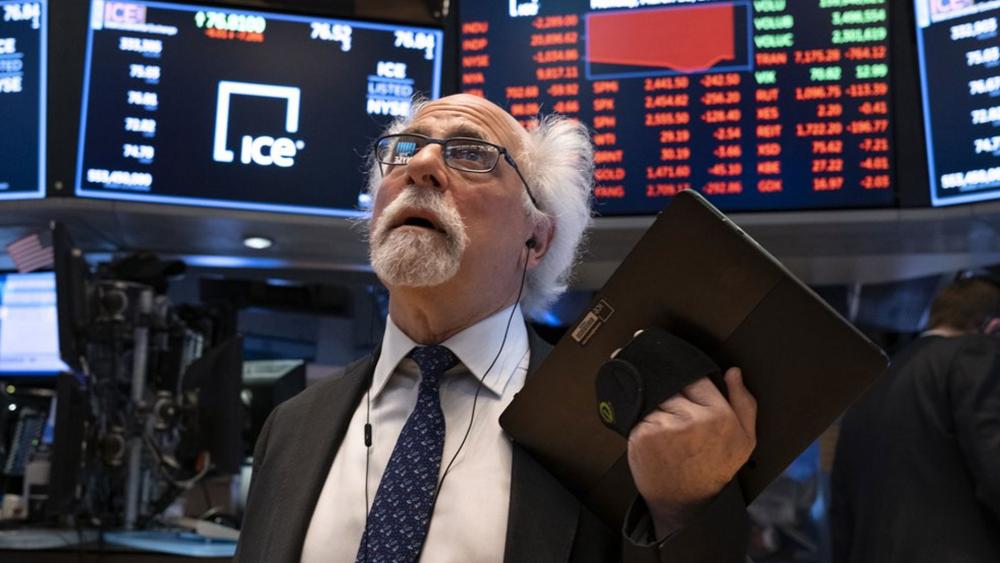 Markets Reel While War Against COVID-19 Continues, But There's One Bright Spot

What Will the Future Hold for Americans After Coronavirus?

The war against the COVID-19 pandemic is being fought on two major fronts. Both are presenting major challenges to the United States.

The number of confirmed cases continues to rise as the stock market keeps falling as the outbreak is still punishing markets around the world.

Investors signaled optimism before the opening bell Monday morning. But despite the Fed's best efforts it was downhill shortly after trading began.

Stocks continued to fall Monday despite the Federal Reserve announcing it would buy bonds and mortgage-backed securities "in the amounts needed" to keep markets working smoothly.  The central bank said its next move will likely be to establish a lending program for small and medium sized businesses.

"And you will see our economy skyrocket. Once this is over, iI think it's going to skyrocket," President Trump said.

Meanwhile, the commander in chief ordered the National Guard to the hardest hit states of New York, California and Washington.  The administration promised that increased testing and equipment is on the way and urging health officials to be smart about how it's used.

"We want people that have been checked into a hospital that are being treated for what they suspect to be coronavirus, to receive those tests more quickly," said Vice President Mike Pence.

There's was one bright spot. In Wuhan, China, the original epicenter of the outbreak, is beginning to see some return to normalcy. After two months of extreme efforts to defeat COVID-19, no new cases have been reported there.

In contrast the streets of locked-down Italy are virtually empty while hospitals are vastly overcrowded. The country now has more confirmed cases than China with Spain gaining daily. The United Kingdom is also now considering increased mitigation measures.

"Anyone. If anyone is thinking (of) taking any chances, just take a look at me. iIm in the intensive care unit," said Tara Jane Langston, COVID-19 patient.  "I can't breathe without this."

The US Surgeon General Dr. Jerome Adams warns America should take heed and practice social distancing and other precautions as this week could be a difficult one.

New York Gov. Andrew Cuomo (D) is calling on hospitals in his state to increase capacity and is calling on the federal government for even more help.  Right now, New York has the highest number of confirmed cases in the country by far.

And also on Monday, Virginia Gov. Ralph Northam ordered all public schools to remain closed for the rest of the school year.