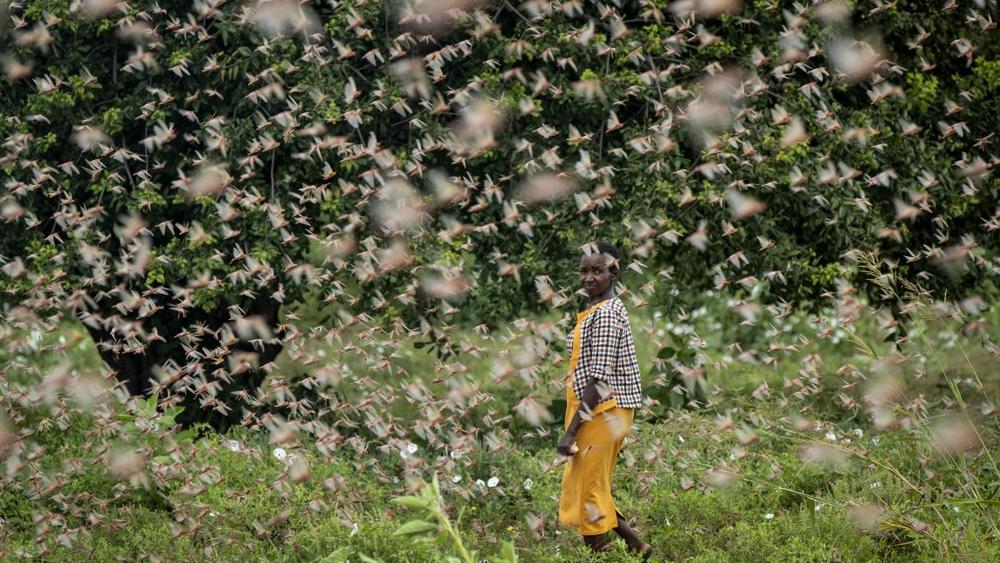 A farmer looks back as she walks through swarms of desert locusts feeding on her crops, in Katitika village, Kitui county, Kenya (AP Photo/Ben Curtis)
6160030715001
Billions More Desert Locusts Devour Crops from India to Africa, Adding to Farmers' Pandemic Woes

From India and Pakistan to Africa and the Middle East, farmers face a perfect storm. Already struggling with crippling coronavirus lockdowns, they face billions of locusts devouring crops and putting millions at risk.

The scenes out of parts of northern and central India this week were alarming to watch as billions of desert locusts descended on several states. 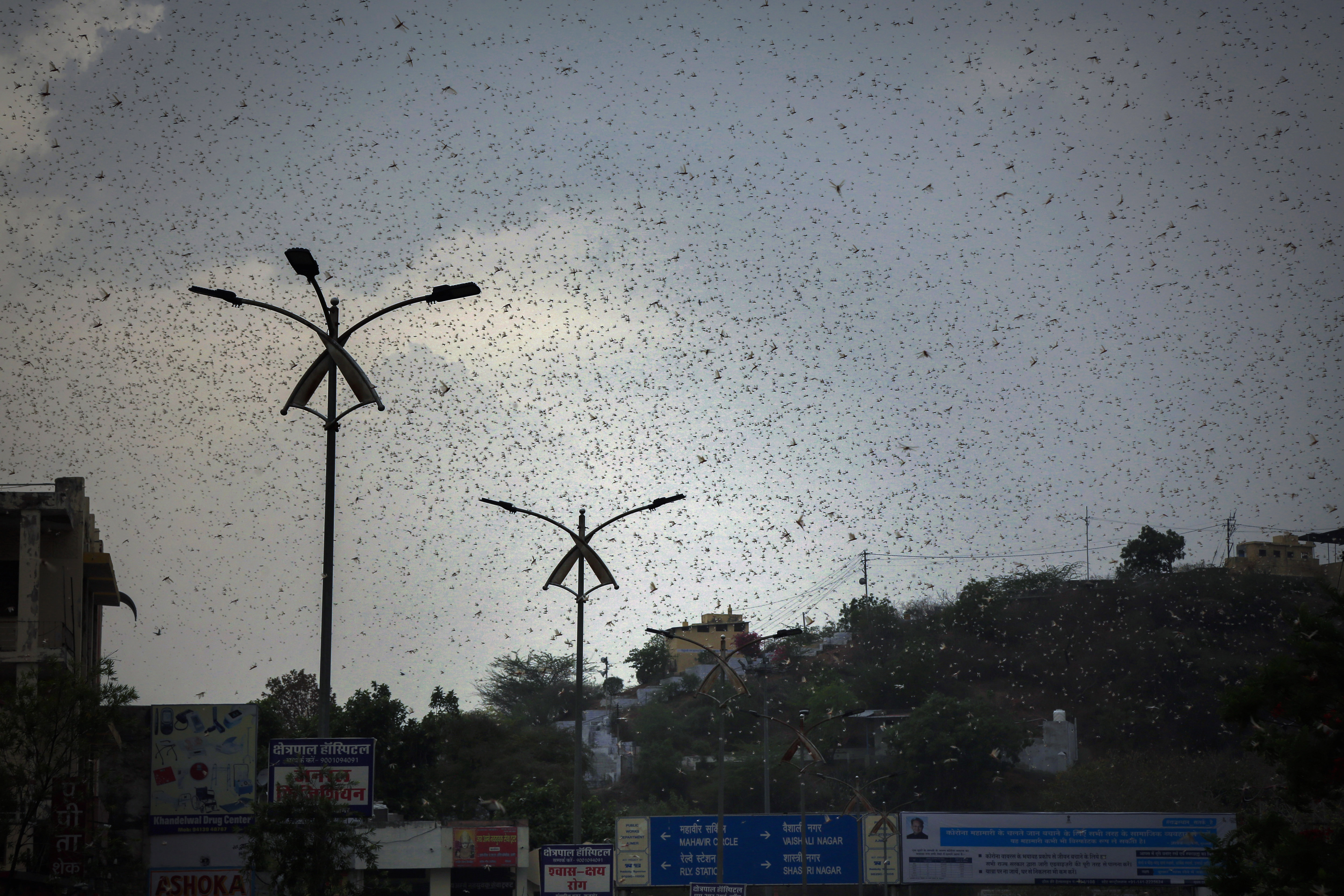 It's India's worst infestation in a quarter century, causing unprecedented devastation as the migratory pests devoured hundreds of thousands of acres of farmland.

"The problem with the locust group is that they eat up the leaves of crops standing in the agricultural fields. It also hurts animals subsequently," said Bharat Singh, a farmer.

Indian farmers banged pots and pans to ward off the dangerous insects to no avail. The government in New Delhi dispatched teams to spray insecticide but the damage was already done. 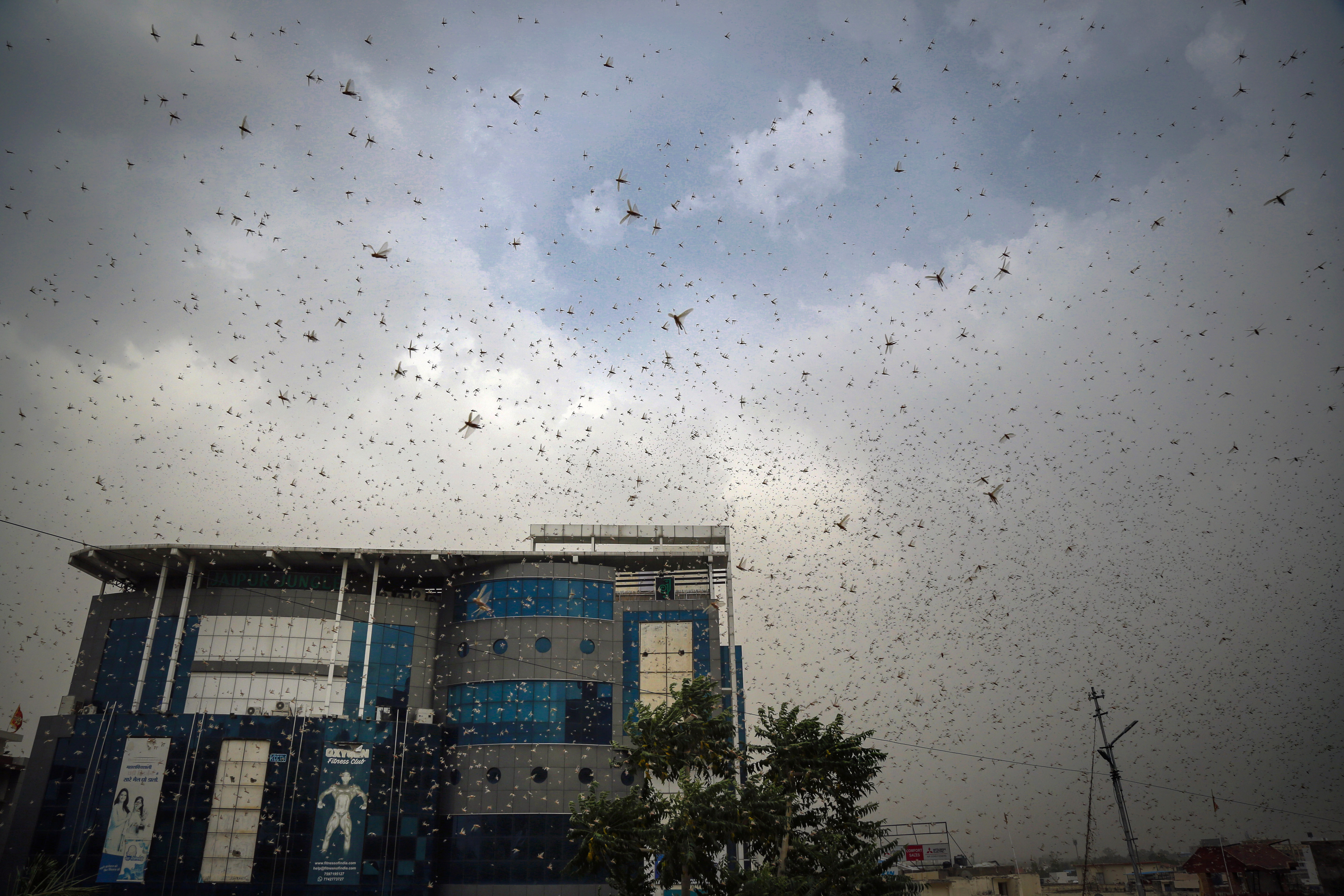 The insects swarmed Pakistan earlier in the week before heading east.

The Food and Agriculture Organization says a relatively small swarm, covering close to half a square mile, can include up to 80 million locusts and travel 150 miles in a single day.

A group monitoring the insects in India reported at least 10 such swarms chewing through crops as of Wednesday.

And it's only going to get worse. Heavy rains and the cyclone season in June are expected to see the swarms multiply.

As we have reported, the food supplies and livelihoods of millions across Africa and the Middle East also remain under threat. 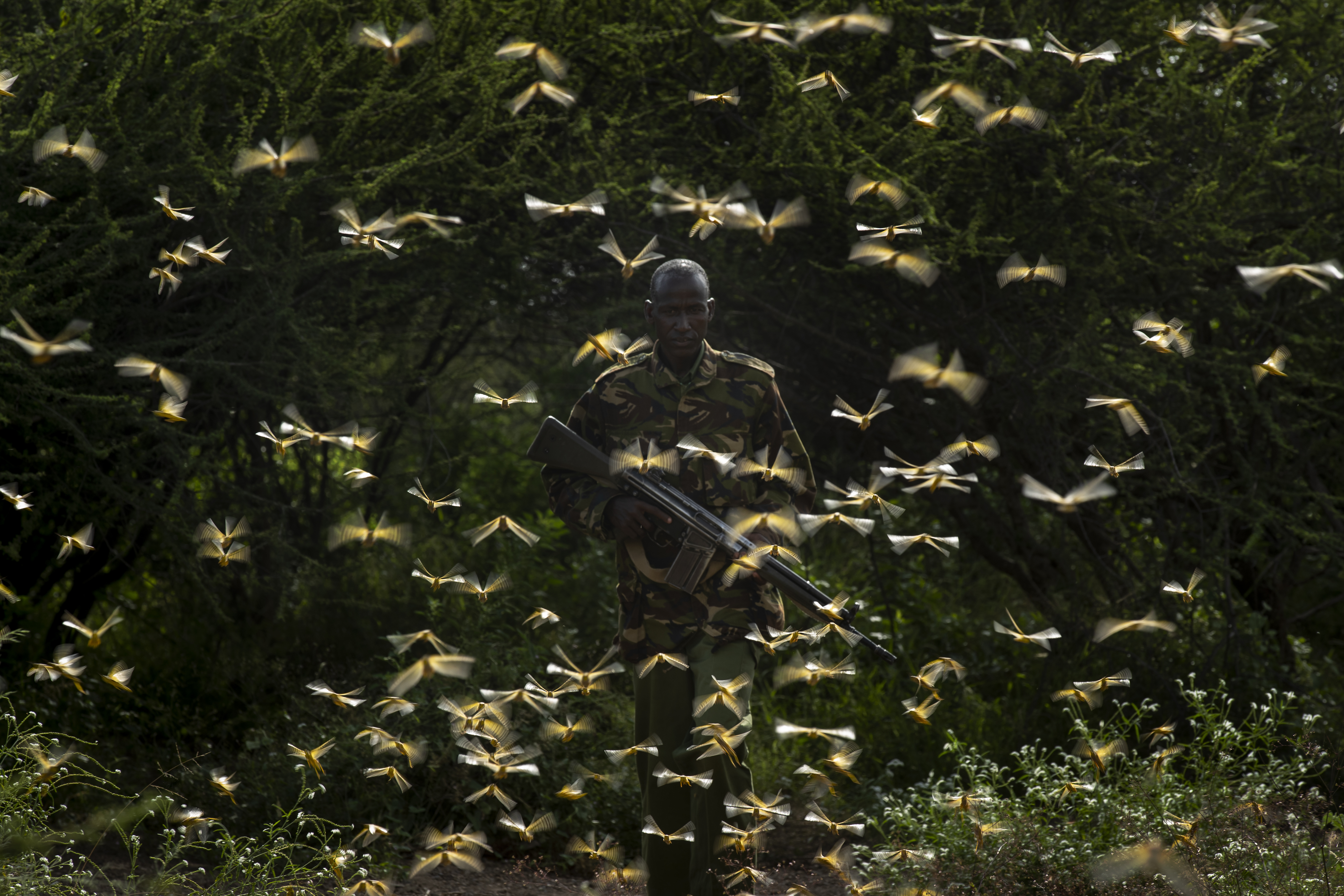 A UN map shows the locust infestation spreading from the Horn of Africa across the Arabian Gulf to Yemen, Saudi Arabia and to parts of Iran and Afghanistan. 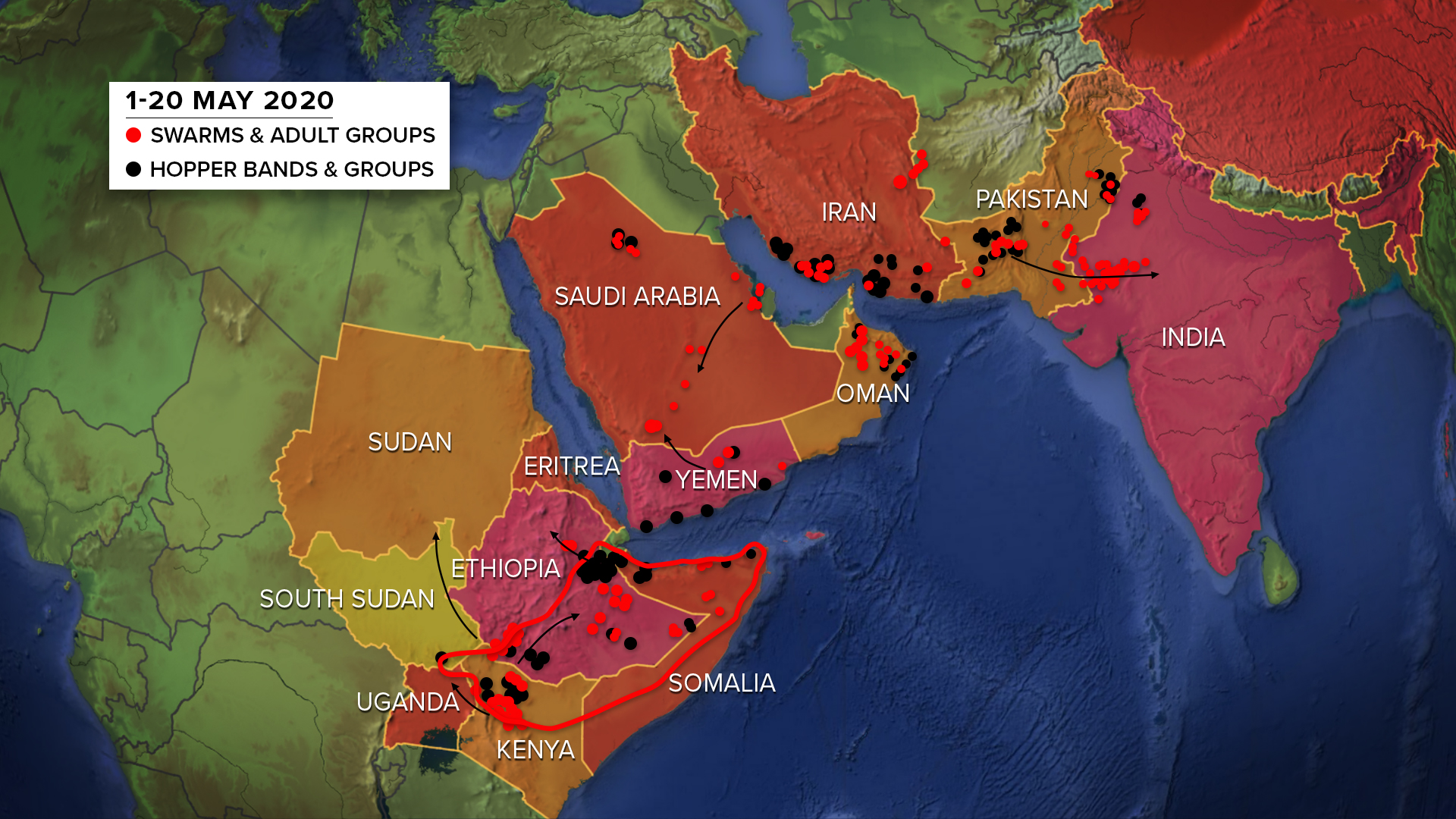 Somalia is among the hardest-hit countries. Recent flooding, locusts, and the pandemic pose a triple threat there. The government in Mogadishu declaring a national emergency. 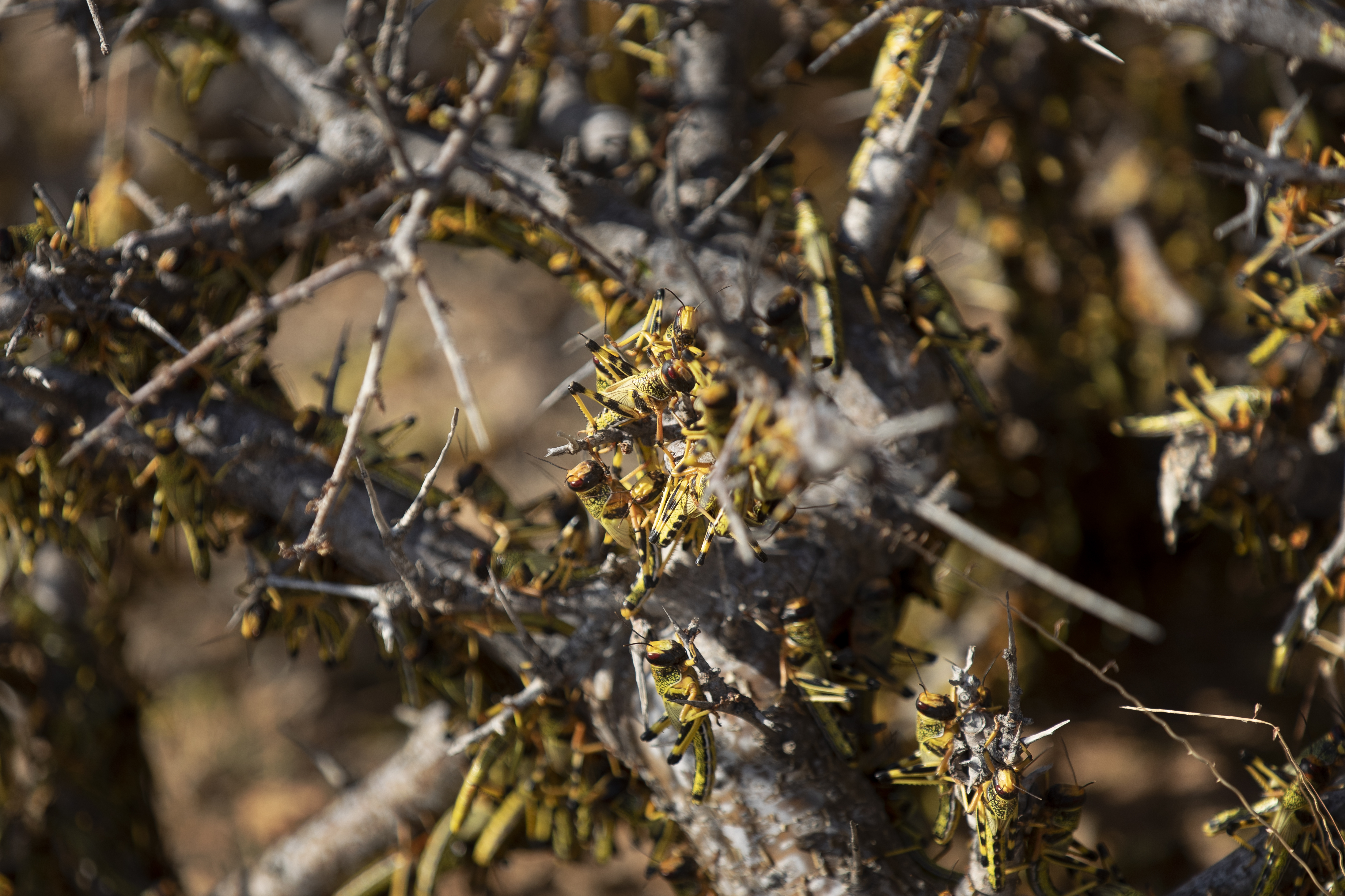 "The consequences for Somalia are acute. Even before COVID, more than 5 million Somalis required humanitarian assistance," warned James Swan, the UN's special representative for Somalia.

The desert locust forecast between now and late July shows the infestation continues to pose a serious threat to large areas of Africa, the Middle East, and the Indian sub-continent. 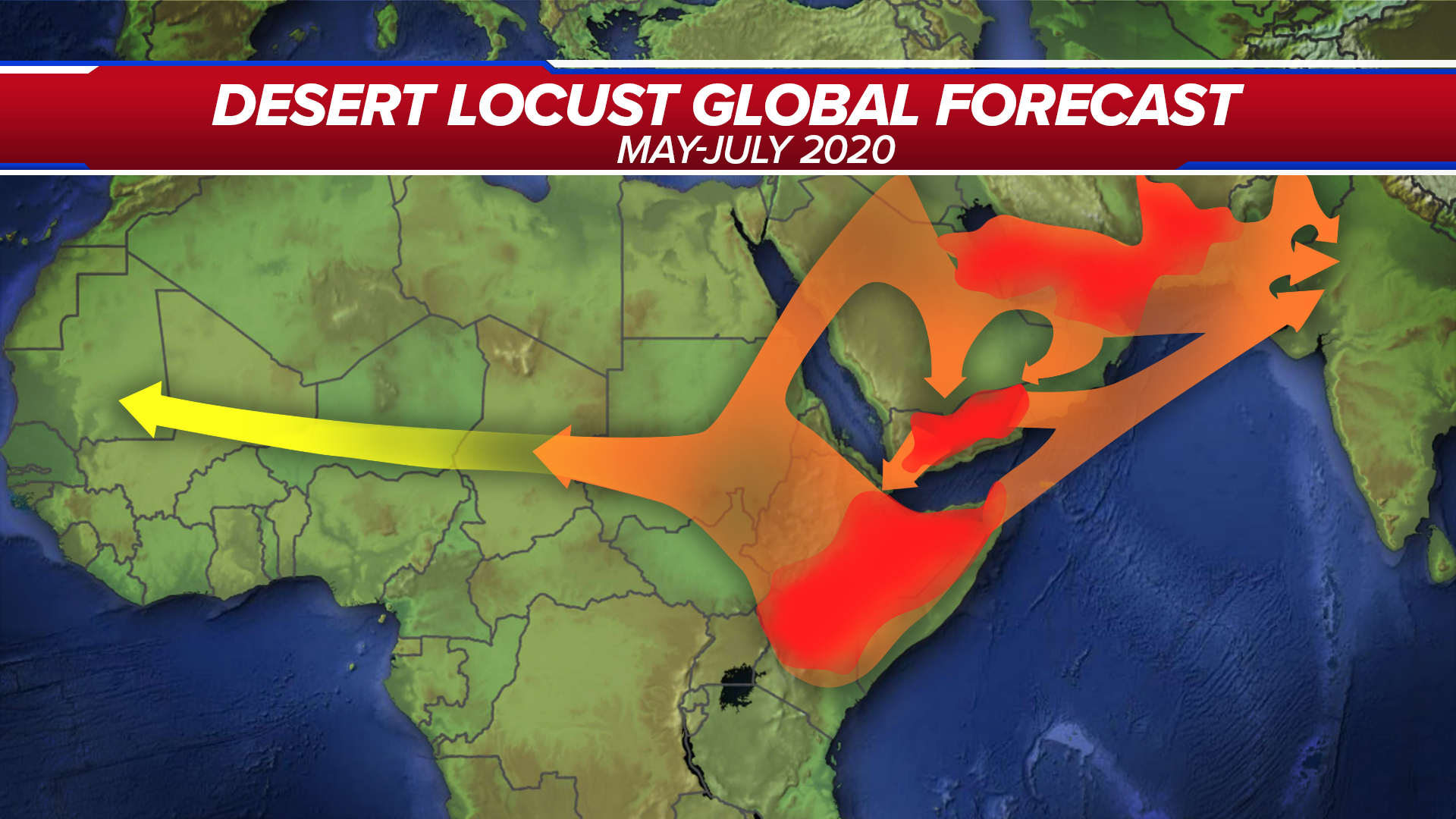 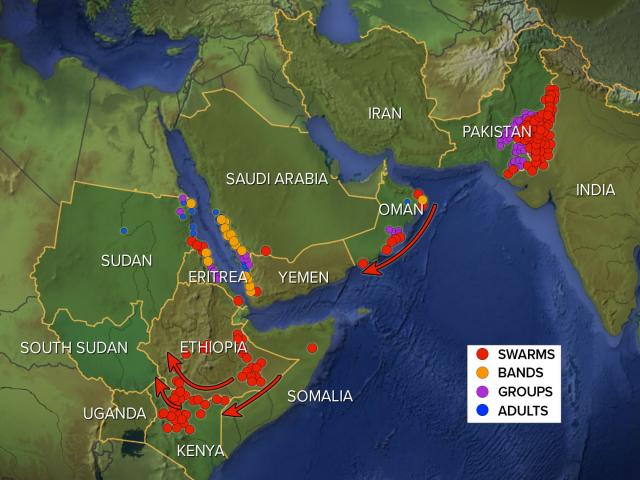 What Allowed Locusts to Multiply by the Millions? Plague Spreads Far Beyond Africa Across Middle East to China