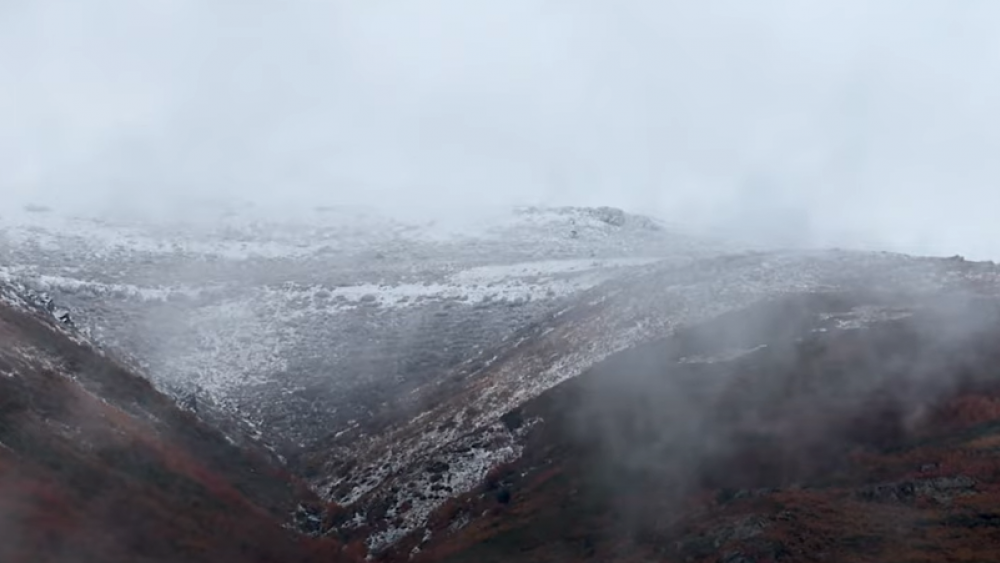 A blizzard warning was issued this weekend in Hawaii, along with the chance of 12 inches of snow that could blanket the tropical islands.

The National Weather Service sent out the alert on Friday which is expected to end Sunday morning.

"Travel could be very difficult to impossible, NWS stated. "Blowing snow will significantly reduce visibility at times, with periods
of zero visibility."

"The strong winds will likely cause significant drifting of snow," the alert added.

As of 3pm EST, only two states in the U.S. have a winter weather product issued within their borders. One is Alaska and the other? Hawaii! The current snowpack on Mauna Loa's summit can be seen with visible satellite, with more snow expected to fall this weekend. pic.twitter.com/EVFkXHzRFN

In addition to blizzard conditions, wind gusts over 100 mph are also expected near Big Island Summits.

The weather warnings come as a cold front hovers over Hawaii, causing low pressure and wet weather in the area. A flood watch was also issued for all Hawaiian islands through Monday afternoon, due to a prolonged period of heavy rainfall.

A cold front will move across the island chain tonight and Friday, then stall near the Big Island Saturday. Low pressure will drop down toward the state later in the weekend and into early next week, with wet weather expected across most of the state. pic.twitter.com/Ia8X72xzVX

Weather Channel Meteorologist Ari Sarsalari explained that the "very active weather" in Hawaii is a result of the kona low, a seasonal cyclone that pulls moisture from the south.

"The coverage of the precipitation is going to get a little bit more intense into the weekend," Sarsalari said in a video on Friday. "This is going to be a lot of rain, so be prepared for some flooding issues."

The coldest temperature recorded in Hawaii was 12 degrees, which was documented at the Mauna Kea Observatory on May 17, 1979, according to the Weather Channel.