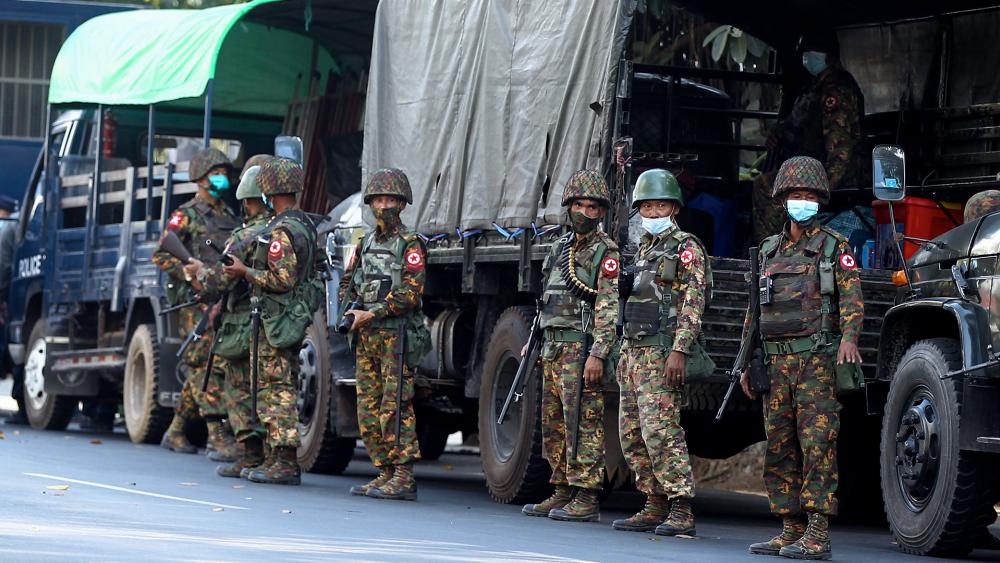 Widespread protests continue to roil the Southeast Asian nation of Myanmar for the third week following a military coup.

Security forces are intensifying their crackdown against protesters who are demanding a return to civilian rule.

Myanmar's military leaders, armed with a new security law, are warning protesters that any attempts to subvert their authority could land them in prison for up to 20 years.

Across the country, thousands are defying the new law and heightened security measures, hitting the streets to demand the release of detained civilian leaders.

She won in November elections but then the military took over the country, claiming voter fraud.

"We voted our government fairly and righteously, but this unfairness is ruling over the righteous and it makes me and all of us sad and angry," an unidentified protestor told local media.

Lines of military vehicles have taken up positions around Myanmar's largest city Yangon as coup leaders urge protesters to return to work.

"The number of protesters reduced yesterday, so the military took advantage of that and brought military vehicles onto the streets to intimidate the people," said Naing Htoo, a bank worker in Yangon.

More than 400 people have already been arrested since the February 1st coup.

The United States has condemned the coup and last Friday imposed sanctions on the military chief and his senior generals. It's done little to sway the generals.

Myanmar's military held its first news conference Tuesday since seizing control of the country and promised to hold new elections.

"Our objective is to hold an election and hand power to the winning party," Zaw Min Tun, spokesman for the military junta said during the press briefing, though a date wasn't announced.

Tun then accused protestors of inciting violence against the army and insisted the military takeover was not a coup.

The protests are the largest since the so-called Saffron Revolution in 2007 when thousands of the country's Buddhist monks rose up against the military regime.

In Yangon and Mandalay on Tuesday, Buddhist monks took up their place at the forefront of marches, calling for the military junta to stand down.

Carrying banners reading "Reject military Coup! Release Our Leaders! Respect Our Votes!" the monks marched together with anti-military demonstrators, a day after a violent dispersal by police and soldiers left a number injured and others detained in Mandalay.

"Pray for the people of Myanmar to have that mentality that we are one family," Stephen Than Myint Oo with the Council of Churches in Myanmar, told Talusan. "Pray for it so we have peace and reconciliation in our country." 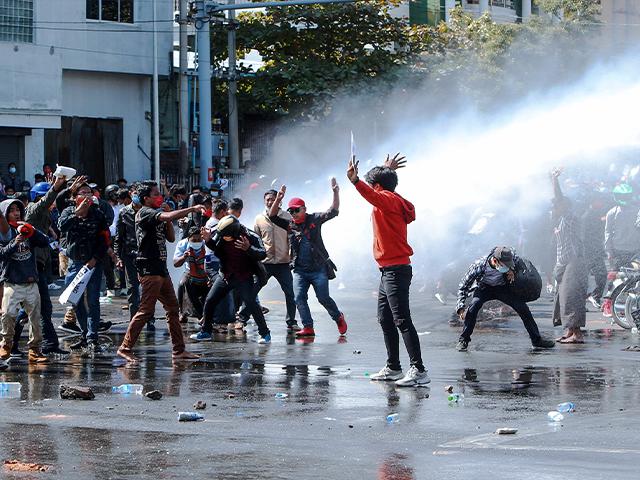