Afghanistan's Future: A Haven for Terrorists and a Human Rights Nightmare 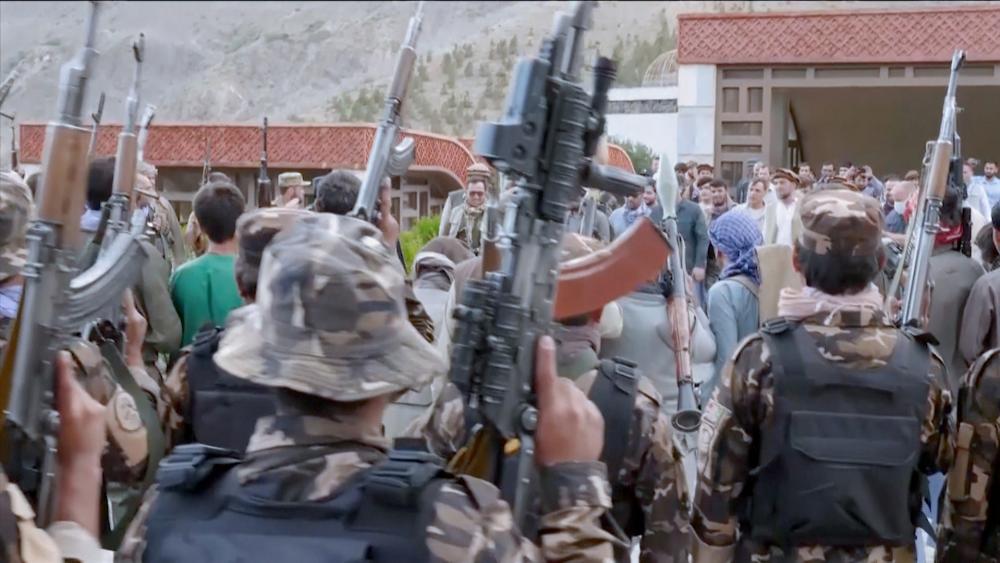 6265597533001
Afghanistan's Future: A Haven for Terrorists and a Human Rights Nightmare

There are many predictions about the future of Afghanistan after the U.S. withdrawal and almost none of them are good.

China Looking to 'Cash In'

Some believe China has big plans for Afghanistan and is eager to take advantage of the two and a quarter trillion dollars the US spent on the country before leaving.

Talks are reportedly underway for Afghanistan to join the China-Pakistan economic corridor.

And the Taliban have started calling China their "welcome friend."

But with Afghanistan facing a likely civil war, will China take the chance on what could be a very unstable situation?

As the Taliban take more and more territory, Afghans fear what is coming.

One thing almost no one is expecting for the nation is peace and stability.  And that's why China expert Yun Sun at the Stimson Center in Washington is skeptical about reports China is about to go big into Afghanistan.

"The Chinese at the current moment see Afghanistan more as a problem, rather than an opportunity, " Sun says. "The Chinese have a very sober understanding about what Afghanistan will become after the US withdrawal. And I would say that, although there are some minority views in China saying that, 'Well, this could be an opportunity for China,' the overwhelming mainstream view is that the security situation in the country is going to deteriorate."

But even if Afghanistan does not become a Chinese satellite, there are plenty of other ways for it to again be a problem for the United States and the world.

Likely to Become a Base for Terrorism Again

Experts fear that after 20 years of the US military's involvement in Afghanistan, and all but wiping out al Qaeda and the Taliban in the early 2-thousands, the nation will again become a base for terrorists.

Max Boot at the Council on Foreign Relations calls Joe Biden's announced withdrawal from Afghanistan this year a big mistake.

"Because the Taliban now have zero incentive to make any concessions at the negotiating table,' Boot told a recent CFR streaming event, "I think the future for Afghanistan is pretty grim…there's going to be a real issue with ungoverned territory where this could once again become the training ground for international terrorists."

If U.S. Forces Must Return to Afghanistan – It Will Be a Long Trip

More than half of the country has already fallen or could soon fall to Taliban forces, who have begun enforcing Sharia law in the provinces they rule.

With Bagram Airfield already shut down and looted, and neighboring nations unlikely to accept a new US base, should the US ever need to return to Afghanistan, its forces will be far away.

"Now American firepower will be at least 8 hours away, stationed in the Persian Gulf, probably at bases in places like Qatar," says Professor Sumit Ganguly at Indiana University.

Afghanistan is Likely to Again Be a 'Human Rights Nightmare'

And even if Afghanistan somehow does not again become a base for terrorism, under Taliban rule it would likely become a human rights nightmare for the world, as women and non-Muslims would face persecution and death. This is video from a few weeks ago showing a Taliban fighter beating an Afghan woman for having a romantic relationship.

Congressman Michael McCaul (R-TX) on the House Foreign Affairs Subcommittee warned, "At the end of the day…when we fully withdraw, the devastation and the killings and women, the humanitarian crisis, people fleeing across the border with Pakistan…President Biden's going to own these ugly images."

When Biden was asked by a reporter recently about the problems facing Afghanistan, he answered, "I want to talk about happy things, man."

But there are few Afghans outside of the Taliban who are "happy" about the future they face.

And the world is not likely to be "happy" with what Afghanistan is about to become.