Iceland Volcano Erupts for the first time in 800 Years, While 7.0 Earthquake Hits Japan 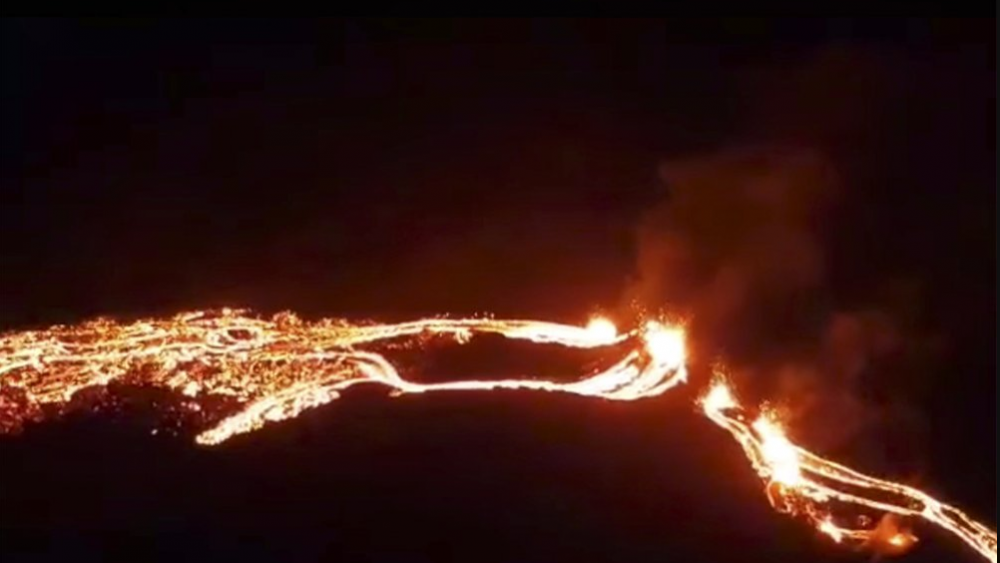 A long-dormant volcano erupted and sent streams of lava flowing down southwestern Iceland for the first time in 800 years Friday.

The Icelandic Meteorological office says the eruption was minor as there were no signs of ash or dust that could disrupt aviation.

"The more we see, the smaller this eruption gets," geophysicist Pall Einarsson told The Associated Press on Saturday after monitoring the volcano throughout the night.

The eruption in the Gelidinga Valley is the first on the Reykjanes Peninsula in almost 800 years.

The area has experienced about 15,000 earthquakes over the last three weeks. The Department of Emergency Management told the Associated Press it doesn't anticipate evacuations unless there is a significant rise in volcanic gases.

Meanwhile, a strong earthquake hit Northern Japan Saturday, shaking buildings in Tokyo and triggering a tsunami warning in part of the area.

The magnitude 7.0 quake struck off the coast of Miyagi prefecture. This area was heavily damaged during an earthquake and tsunami in 2011 that left more than 18,000 people dead.

There are no reports of major damage, but several people had minor injuries.