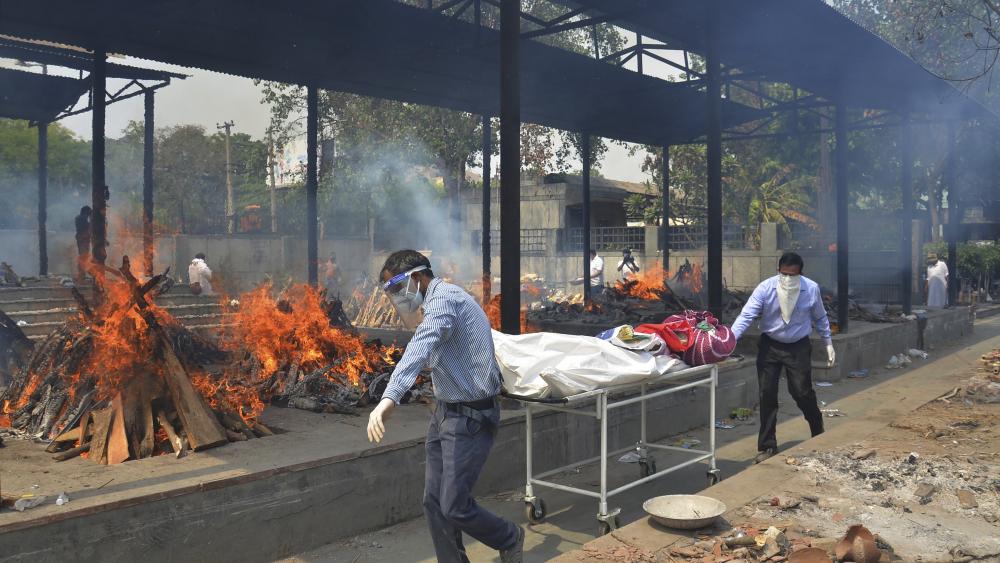 In this May 1, 2021, file photo, relatives carry the body of a person who died of COVID-19 as multiple pyres of other COVID-19 victims burn at a crematorium in New Delhi, India. (AP Photo/Amit Sharma, File)

India is literally choking to death. In my lifetime, I’ve never seen anything that compares with this tsunami of suffering.

A catastrophic second wave of COVID-19 is ripping across India like an unstoppable forest fire. The U.S. State Department has just urged all Americans in India to leave the country immediately. The nation continues to shatter global records for the number of new daily infections. Unable to get into overwhelmed hospitals, people are dying in the streets, gasping for air as oxygen supplies run out.

My heart bursts with pain for those who are even now gasping for their final breath -- and the family members who hold them in their arms, placing them in caskets or on burning funeral pyres. As the smoke billows heavenward, people are falling to their knees, asking: “Where is God?”

This is the time for us to show the untold millions suffering in India and elsewhere that God has not deserted them -- and neither have we.

We Need a ‘Third Wave’

Amid the horrors of India’s second wave, I’m calling for a “third wave” -- a tidal wave of compassion, prayer, and humanitarian aid to help alleviate pain and breathe hope into a world in distress.

While India is making headlines, rivers of grief are flowing across not only the Indian subcontinent but also Africa and Latin America as the pandemic surges in the developing world and deadly new variants spread fear.

I’m thankful that governments in India and around the world are willing to help humanitarian workers -- like ours at GFA World -- get into the places where suffering is unbearable. Their support has enabled local workers to distribute food to tens of thousands on the edge of starvation during the pandemic -- and we’re working with indigenous workers right now to help even more suffering people, including patients at a hospital in India.

At a time when the world seems at its darkest, we carry the light. We can show the world a “third wave” that brings healing and hope in the throes of suffering. Hope flows through our compassion. It shows in our practical aid. And it lives in our prayers.

Around the world, people -- and entire nations like India -- are crying out for God’s mercy and desperately need our focused intercession right now. Governments need our prayers for wisdom as they confront this unforgiving pandemic.

Fervent and effectual prayer -- along with sincere fasting -- can change the course of human events (James 5:16-18). I’m praying that God will place this burden of intercession on the hearts of millions of believers worldwide -- so that, through the eyes of faith, we will see his unfathomable wonders at work amid this tsunami of suffering.

India’s Suffering Affects Us All

What’s happening in India right now doesn’t just affect the nearly 1.4 billion people who live there. It affects us all. If this second wave -- including a deadly new ‘double mutant’ variant -- isn’t quickly brought under control in India, it will spread far beyond the nation’s borders. It will decimate not only India but could have dire consequences for the U.S., Canada, the U.K., and other countries.

As deadly new variants and virus mutations continue to threaten millions, India’s tsunami of suffering could easily repeat itself on a global scale. Our outpouring of compassion, prayer, and aid cannot wait another moment. We must unleash this counter-tsunami -- this “third wave” -- before it’s too late.

K.P. Yohannan (ecclesiastical name Metropolitan Yohan) is the founder of one of the world’s largest humanitarian agencies -- GFA World (www.gfa.org) -- and also the Metropolitan of Believers Eastern Church. He has authored more than 250 books, including his latest, Never Give Up. 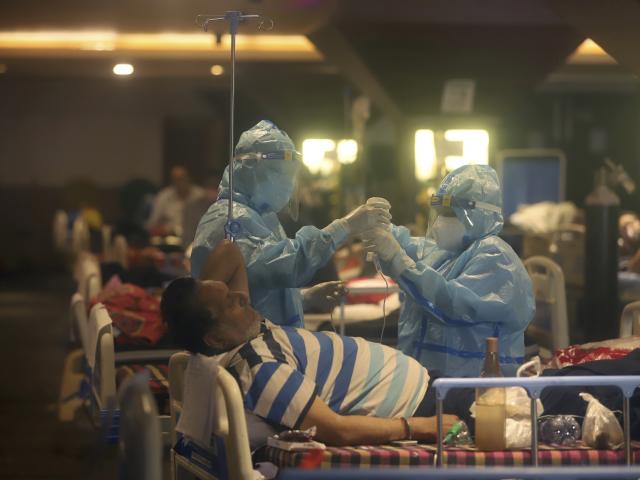