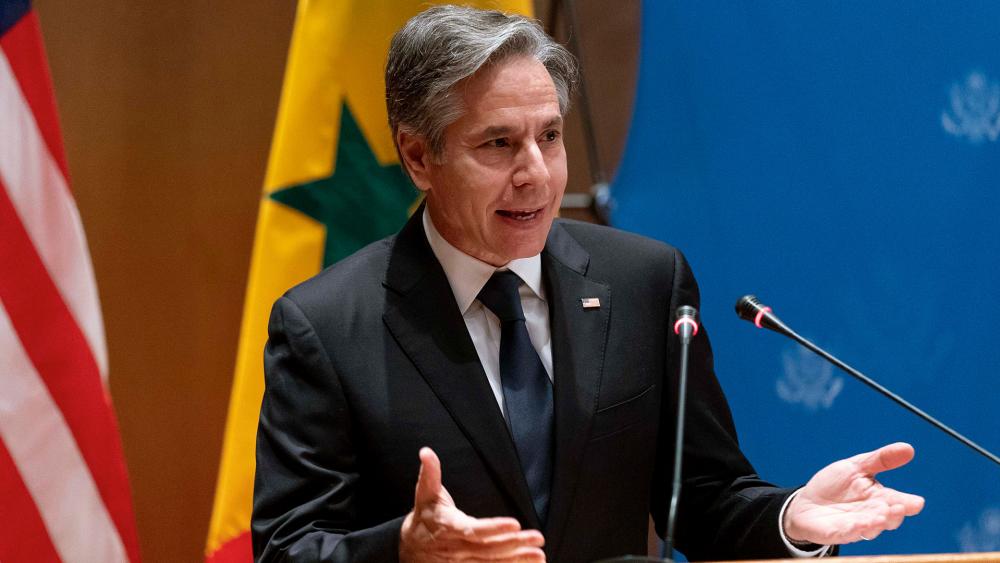 Even though there have been verified reports of thousands of Christians being systematically murdered across the country of Nigeria for the last several years, Secretary of State Anthony Blinken has decided not to reassign the West African country as a "Country of Particular Concern". Instead, he's going to treat it as a nation with no severe religious freedom violations or religious persecution.

This year's list released by the U.S. State Department includes Burma, the People's Republic of China, Eritrea, Iran, the DPRK, Pakistan, Russia, Saudi Arabia, Tajikistan, and Turkmenistan as Countries of Particular Concern for having engaged in or tolerated "systematic, ongoing, and egregious violations of religious freedom."

Nigeria had been on the list of extreme persecutors since Dec. of 2020.

The International Society for Civil Liberties and Rule of Law (Intersociety) in Anambra, Nigeria released a report last summer estimating around 43,000 Christians have been killed by Nigerian Islamic extremists for the last 12 years, and 17,500 churches have been attacked.

As CBN News reported in July, Intersociety estimated in the first 200 days of 2021, 3,462 Christians were murdered by extremists.

The State Department revealed the decision last week just before Blinken visited Nigeria.  Officially known as the Federal Republic of Nigeria, it is Africa's most populous nation and the stage on which Islamic jihadists groups like the Boko Haram and the so-called Fulani herdsmen gangs have acted out bloody scenes of targeting, kidnapping, and killing Christians in their own villages, schools, churches, and communities.

Politico reports State Department officials gave no reason for the move other than saying Blinken, upon the advice of various department sections, decided Nigeria didn't meet the legal threshold to be named as a "country of particular concern" in an annual religious freedom list released by the Secretary of State. They denied the decision's unveiling was linked to Blinken's trip but couldn't fully explain the timeline.

However, critics are calling the Biden administration's move a political one, saying it was designed to placate an African partner. Nigeria is a strategic partner in the continuing fight against ISIS and other extremist groups.

Biden's own government panel, the United States Commission on International Religious Freedom (USCIRF) was appalled by the State Department's decision to remove Nigeria from the list.

Maenza linked to the USCIRF's 2020 Report on International Religious Freedom which included Nigeria as a "Country of Particular Concern" for having engaged in or tolerated particularly severe violations of religious freedom and announced a waiver of sanctions that accompany designation in the "important national interest of the United States."

Christian persecution watchdog International Christian Concern (ICC) named Nigeria as one of the world's worst violators of religious freedom for Christians in the group's annual Persecutor of the Year Awards. The ICC also released a report on the transgressions of the Nigerian government which has failed to adequately respond to the violence against Christians and even perpetuates the persecution in some incidents.

"Although we celebrate the inclusion of Algeria on the SWL, we are troubled by Nigeria's omission as a CPC," said ICC President Jeff King. "The Nigerian government has done almost nothing to stop the violence against Nigerian Christians, leading to continued violent persecution. In some instances, as with Kaduna's Governor El-Rufai, the Nigerian government has even furthered the violence. We will continue to raise the voices of the many victims of Nigeria with the U.S. government and will continue to serve Nigeria's Christian community."

Open Doors USA CEO David Curry not only called the State Department's Nigeria decision, "a baffling error," but pointed out "it's likely in direct violation of the International Religious Freedom Act, the law that requires these designations to be made in the first place."

"Open Doors USA has documented thousands of targeted killings of Nigerian Christians every year for more than a decade," Curry said in a statement. "In no other country on earth do we see such a sustained level of outright violence directed towards a Christian community, and the situation has only deteriorated over the past 12 months. The Nigerian government has stubbornly refused to address this violence. The removal of Nigeria from this list will embolden bad actors and strongly deter efforts to bring peace to the region."

Open Doors' World Watchlist labels Nigeria as number 9 of the countries in the world where it is most difficult to be a Christian. The first line of the group's report reads, "More Christians are murdered for their faith in Nigeria than in any other country."

Watson and Smith Stand Up for Nigeria's Christians

Former NFL star Benjamin Watson tweeted about the situation in West African country, writing "the Nigerian government does almost nothing, and the Biden administration has decided to do even less."

One report estimated that as many as 8,000 Christians had been murdered in cold blood -- just between January and September. And yet, the Nigerian govt does almost nothing and the Biden admin has decided to do even less. @IconHelp1⁩ ⁦⁦⁦@FRCdc https://t.co/1mTd3u5EsY

In a statement, U.S. Rep. Chris Smith (R-NJ), the former chairman of Africa, Global Health and Global Human Rights Committee who currently serves as Ranking Republican member and co-chair of the Tom Lantos Human Rights Commission, said the Biden administration's decision to remove Nigeria from the list of countries that violate religious freedom was "totally unjustified" and "a retreat from the noble and necessary fight to protect victims of religious persecution.

Smith said "that the withdrawal of the CPC designation coincided with Secretary of State Antony Blinken's visit to Nigeria—when he should have been confronting President Buhari on his record—is appalling.  The failure to hold Buhari to account—indeed to reward him by withdrawing the CPC designation—will only embolden Fulani militants. The Nigerian government has also failed to protect Nigerians from other extremists such as Boko Haram, Ansaru, and Islamic State West Africa."

"I have chaired multiple hearings on what is unfolding in Nigeria, and I listen to diverse voices. I couldn't be more disappointed in Secretary Blinken," the congressman added.  "You can't give President Buhari a passing grade when he has utterly failed to protect religious freedom, including and especially that of Christians.  A core principle of any robust democracy is respect for human rights, including religious freedom." 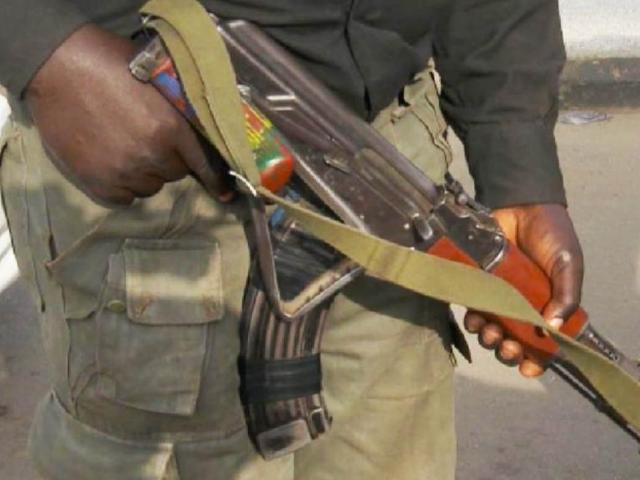 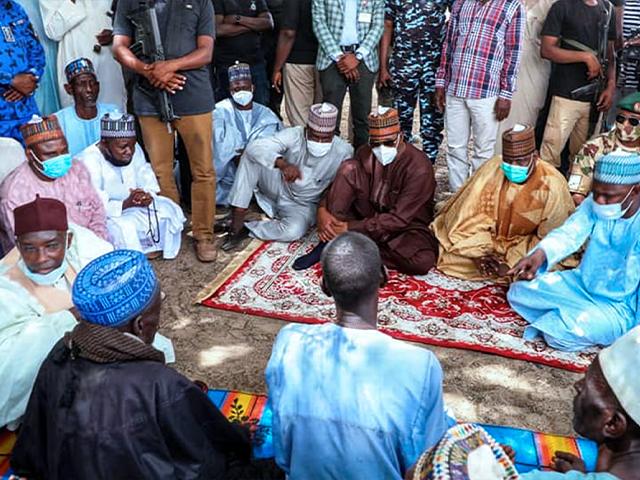 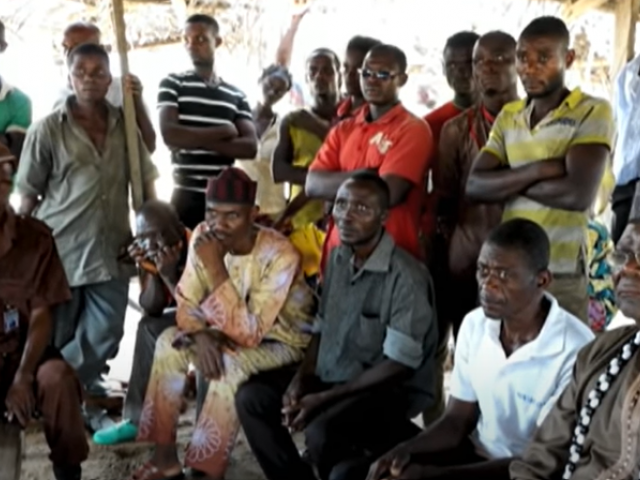