CBN News Witnesses Thousands of Haitians Flooding Through Panama's Darien Gap on Their Way to U.S. 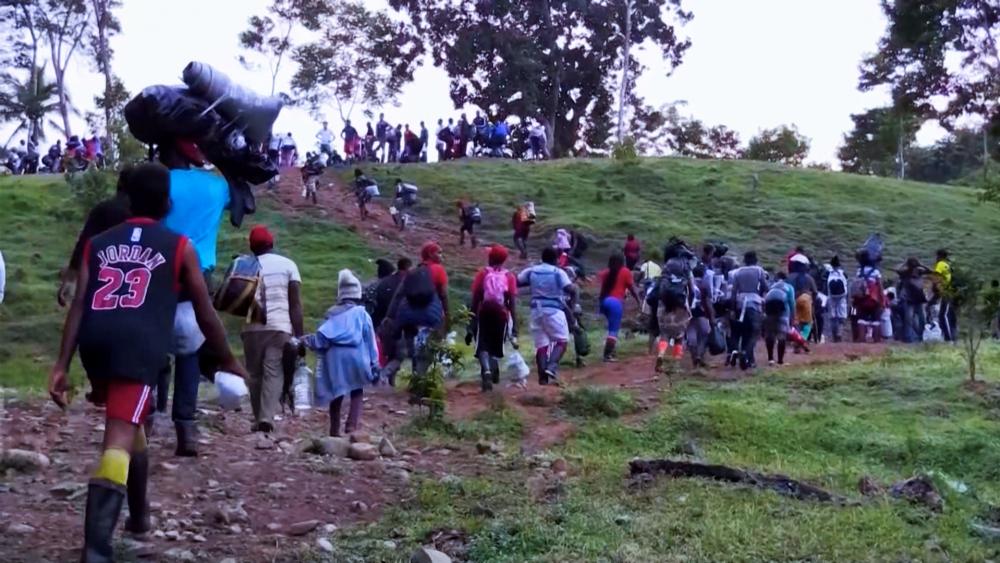 THE DARIEN JUNGLE, Panama – In recent weeks, more than 15,000 Haitian migrants have entered the United States by crossing the Rio Grande River near Del Rio, Texas.  But as CBN News has witnessed firsthand here in Central America, an even bigger wave of Haitians is on their way.

The very first sign of civilization that migrants come to when they walk through the Darien Gap is the village of Bajo Chiquito. About 400 indigenous people live here with no running water or electricity, but right now they're facing 800 to 1,000 migrants every day coming through the jungle into their village, and it's turning their home into an open pit sewer.

The migrants come from all over the world and the majority right now is from Haiti. They've heard that pregnant women and families with children get preferential treatment when they get to the U.S., so record numbers of children are being forced to make the deadly six-day walk through the jungle. Many, including Haitian kids, arrive in Panama without their parents, leaving the government to determine what to do with them.

Lucila said the children suffer the most.

"They go hungry," she said. "They stay wet all the time from the rain. They get sick. Unfortunately, there are many who die during the crossing."

CBN News visited the crossing, and after about an hour the site turned into a frenzy of humanity, like nothing we've ever seen at this location before. Migrants were coming non-stop out of the jungle, always in very bad shape. They were put on boats and sent downriver to the next camp which is also full.

The ones who were in the camp the last time this reporter was here have already gone to the United States and are part of the record numbers being seen at the U.S. southern border right now. Judging by what we saw here, those numbers are going to explode because there is a large glut of migrants who are making their way north, much larger than there was a couple of months ago.

Despite an August agreement between Panama and Colombia to limit the daily number of migrants entering Panama to 600, the vast jungle makes enforcing that agreement almost impossible. Reports from the Colombian side of the Gap estimate more than 20,000 Haitians waiting to start the journey.

The only real delay is the capacity of the smugglers who help them across, and that capacity grows daily, meaning things will likely get worse here in Panama and then at the U.S. southern border within the next month or so.