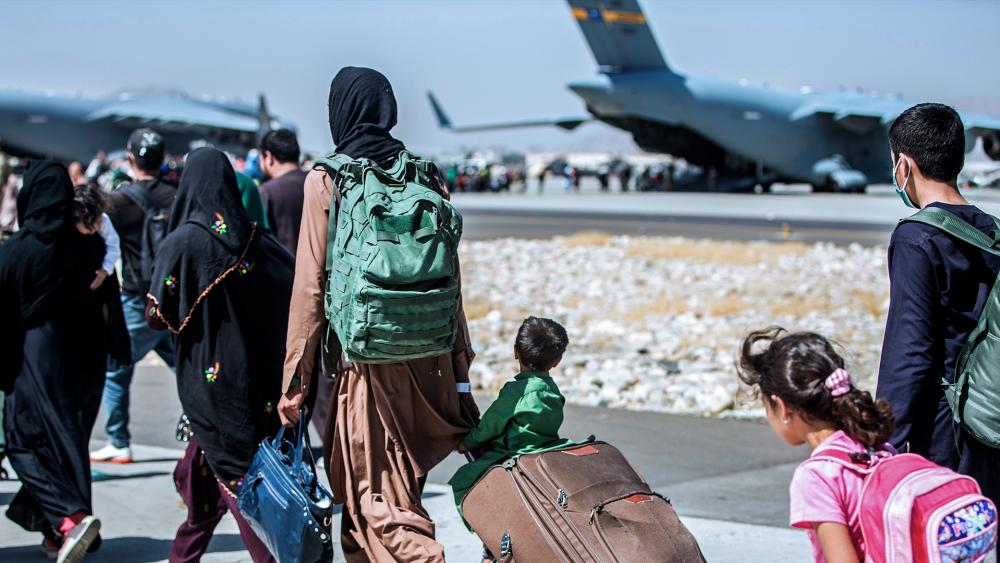 JERUSALEM, ISRAEL – Last month, US forces left Afghanistan after the largest airlift in US history. Although thousands were evacuated, the Biden administration left behind an unknown number of Americans.

The effort to rescue them isn’t over as Afghans face arrests, abductions and executions under Taliban rule.

Chad Robichaux, a former Force Recon Marine and Afghanistan veteran, is working to rescue those left behind.

“I believe the level of desperation is even worse now without the US troops there, without any exit," he told CBN News. "People are hiding and on the run. The Taliban is actually [going] door-to-door doing executions. We have videos where they’re going [and grabbing] people, stuffing them in trunks of cars and driving them off to execution sites. I can imagine the on-the-ground panic there is even worse than it was during those evacuation days.”

When the US announced its pullout, Robichaux joined other retired special forces members to form Save Our Allies. He says they rescued more than 12,000 US citizens and Afghan allies during the chaotic weeks before the US military’s final flight out.

"The good news is that we’re still being successful in evacuations. Not in the big numbers that we were. We’re still getting 100-200 people out per day."

This type of rescue operation is nothing new to Dave Eubank of the Free Burma Rangers.

“We're trying to help people get out any way we can. And I'm really grateful to the Tajik government that right now has a very humanitarian look of how can we help people," Eubank said.

The White House and State Department put the number of US citizens left behind at about 100. Robichaux says the math doesn’t add up.

“The truth is it’s not a few hundred. I would say it’s a few thousand. My guess is at least 5,000. And people were saying that’s overestimating but if you go back and listen to the Senate hearing, those numbers are about what the Senate hearing had concluded...over 5,000.”

Whatever the number, US citizens are in danger.

The Taliban "are hunting down people right now, trying to get all the names of anyone they perceive as an enemy," said Eubank.

“A lot of them are hiding from the Taliban. They’re scared. They don’t know what to do. And they feel abandoned by our country that has a responsibility to help them," Robichaux explained.

Robichaux and Eubank say leaving no one behind is an American value.

He fears the Biden administration, news media and much of the world are moving on.

“Every American and everyone in the world needs to be looking over there … what’s happening in Afghanistan is one of the most grotesque humanitarian crises that we have seen in our lifetime," said Robichaux.

For Afghan women, life got a lot worse after this Taliban decree: “All widows under the age of 35 whose husbands were killed in the previous regime, if they are still widowed, will marry the Mujahideen of the Islamic Emirate.”

"We have 20 million women that are immediately declared as sex slaves," said Robichaux.

Article two of the decree says: “All patriotic and Muslim parents of Afghanistan are called to upon to give your daughters over the age of 18 … to be given to their husbands in order to maintain Islamic ethics.”

"I had started to cry because I thought of these little girls left in the hands of the Taliban and that's – that's the biggest thing," said Eubank.

Article three says: “ … all women working in government offices are now ordered to stay in their homes …”

"It seems that not only the White House and the mainstream media but the entire international community wants to be silent."