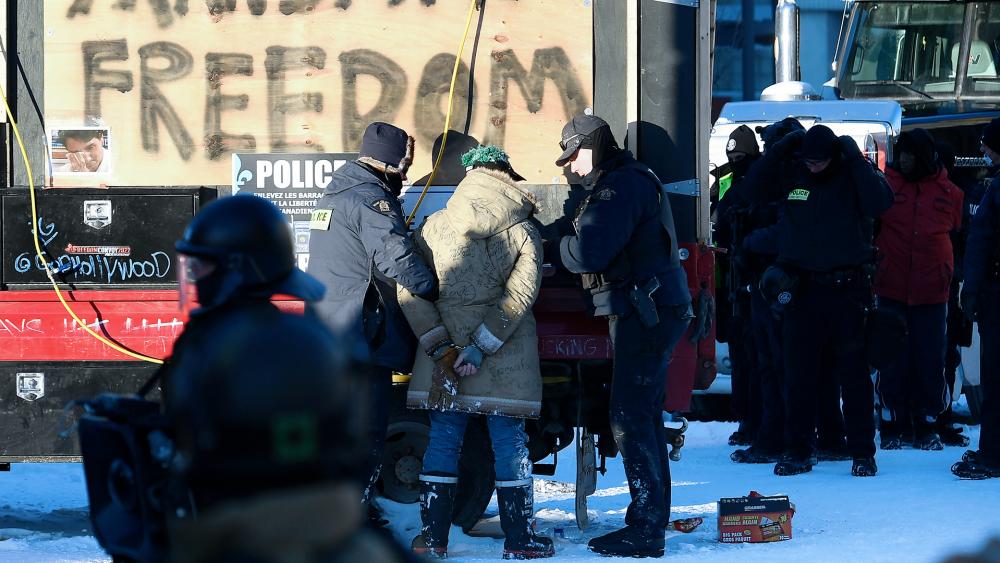 RCMP officers take a protester into custody as police take action to put an end to a protest Friday, Feb. 18, 2022, in Ottawa. (Justin Tang/The Canadian Press via AP)

The Canadian government is planning for more crackdowns against the weeks-long protests over COVID-19 restrictions.

Monday night, lawmakers there voted to extend the emergency powers that were used to crush the protests so police can put down any potential restart of the blockades.

Prime Minister Justin Trudeau told Parliament ahead of the vote, "Even though the blockades are lifted across border openings right now, even though things seem to be resolving very well in Ottawa, this state of emergency is not over."

Streets in Canada's capital of Ottawa are quiet now after some weekend clashes between police and protesters.

Trudeau's opponents have accused him of going too far and engaging in government overreach.

A new poll shows a majority of Americans disapprove of Trudeau's handling of the truckers' "freedom convoy" protest.

Convention of States Action, in partnership with The Trafalgar Group, which contends it's one of America's most accurate pollsters, said more than 55% of Americans disapprove of Trudeau's actions, while only  35.1% approved.

"Prime Minister Trudeau's heavy-handed tactics to squash peaceful protests in Canada have shocked freedom-loving people around the world. However, Americans will be equally stunned to learn from these numbers that 65 percent of Democrats actually support the tyranny happening right before our eyes, and 17 percent have not even heard about one of the most consequential stories of 2022," said Mark Meckler, president of Convention of States Action.

"The corporate media's false reporting–or in many cases flat out ignoring this story–has contributed to this result. If we want to avoid totalitarianism in our own country, the people must be given the truth. This is shameful and horrifying," Meckler said.

US Convoy Protesters Aim for DC

Here in the U.S., a group of truckers is also planning to make a cross-country trip to protest COVID restrictions.

Known as "The People's Convoy", the truckers are scheduled to leave southern California on Tuesday with about 10 stops on their journey to the Washington, D.C. area.

The convoy described itself as "a peaceful and unified transcontinental movement" and is about "freedom and unity," the organizers said in a statement.

The group said their message is simple: "The last 23 months of the COVID-19 pandemic have been a rough road for all Americans to travel: spiritually, emotionally, physically, and – not least – financially. With the advent of the vaccine and workable therapeutic agents, along with the hard work of so many sectors that contributed to declining COVID-19 cases and severity of illness, it is now time to re-open the country," the statement said.

"The average American worker needs to be able to end-run the economic hardships of the last two years, and get back to the business of making bread – so they can pay their rents and mortgages and help jumpstart this economy. To that end, it's time for elected officials to work with the blue-collar and white-collar workers of America and restore accountability and liberty – by lifting all mandates and ending the state of emergency – as COVID is well-in-hand now, and Americans need to get back to work in a free and unrestricted manner," the statement continued.

The group said it does not plan to enter the district itself when it arrives next week, and it will abide by agreements with local authorities.

But FOX5DC reports one of the organizers of another trucker protest involving "hundreds of people" said there are plans to shut down the Capital Beltway. The beltway is a 64-mile Interstate Highway in the Washington metropolitan area that surrounds the city.

"We will be along the Beltway where the Beltway will be shut down," Bob Bolus said during an interview Sunday.

A reporter for the station asked Bolus about the potential problems for people going to work and emergency vehicles.

"There will be a lane open for emergency vehicles, they'll be able to get in and out and all that," Bolus replied. "We will not compromise anybody's safety or health, one way or the other. As far as if they can't get to work, geez that's too bad."

The truckers are calling for an end to the COVID national emergency President Biden extended earlier this month as well as for the withdrawal of vaccine and mask mandates. 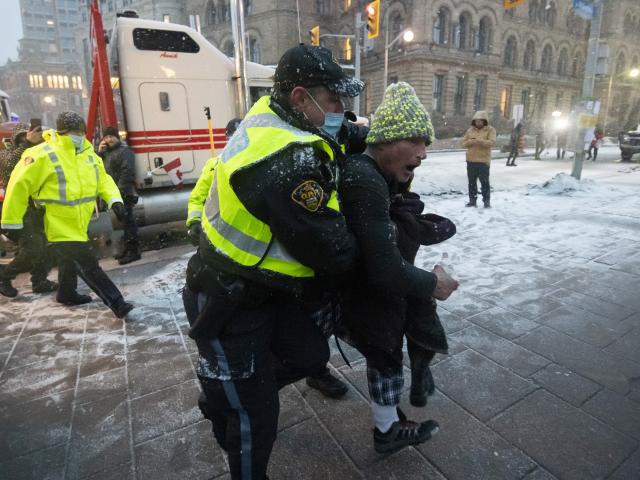 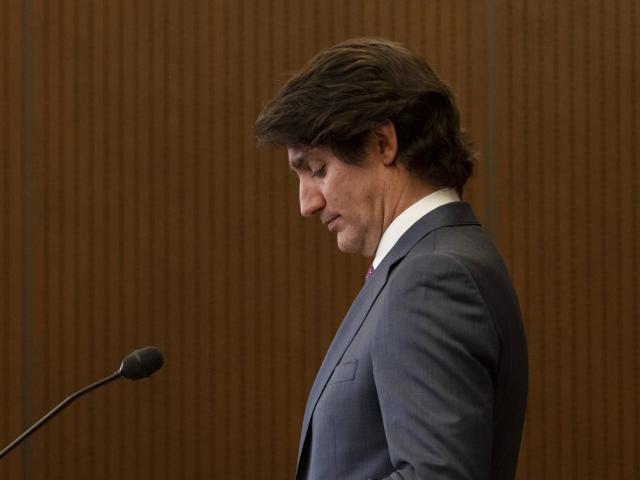 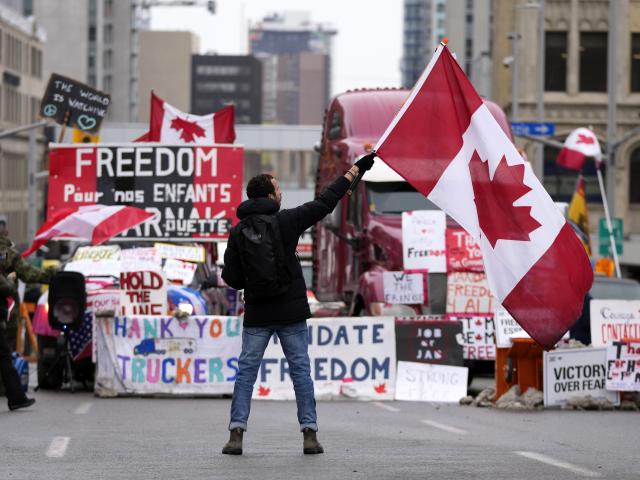