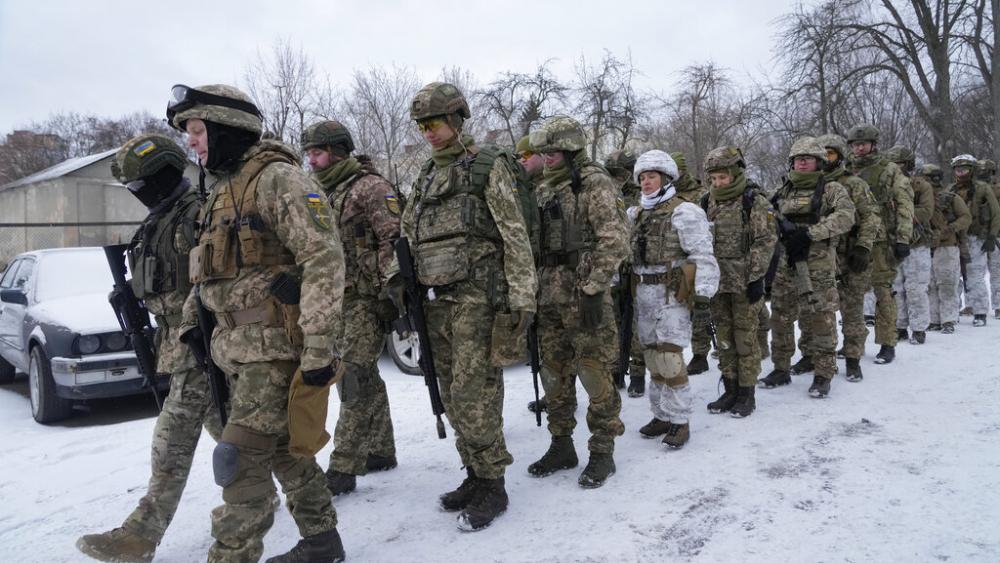 The U.S. is on the cusp of sending several thousand U.S. troops to Eastern Europe, in what is becoming the worst security crisis to emerge between Moscow and the West since the Cold War.

As the high-stakes game of brinkmanship and diplomacy continues, the U.S. is standing firm in its commitment to NATO allies by sending $200 million in military aid, including 90 tons of ammunition and anti-tank missiles. NATO countries are also sending military help in the event talks of peace fail.

"If a single additional Russian force goes into Ukraine in an aggressive way, that could trigger response from us and Europe," said U.S. Secretary of State Antony Blinken.

The U.S. State Department is urging families of U.S. diplomats in Ukraine to leave the country, although the embassy will remain open for now. They've also issued a level 4: Do Not Travel advisory, as tensions along the Ukrainian border become even more volatile.

“Do not travel to Russia due to ongoing tension along the border with Ukraine, the potential for harassment against U.S. citizens, the embassy’s limited ability to assist U.S. citizens in Russia, COVID-19 and related entry restrictions, terrorism, harassment by Russian government security officials, and the arbitrary enforcement of local law,” the advisory states.

More than 100,000 Russian troops are believed to be along the Ukraine-Russia border, as well as Ukraine's border with its northern neighbor, Belarus.

The British government now claims it has intelligence that Russia is plotting to install a pro-Russian leader in Ukraine. The U.K. says several former Ukrainian politicians have been recruited for the measure – Russia calls it "nonsense" and "disinformation".

"It is certainly possible that the diplomacy the Russians are engaged in is simply going through the motions and it won't affect their ultimate decision about whether to invade or in some other way intervene — or not — in Ukraine," Blinken said.

"We need to be very aggressive in pushing back against President Putin, whether that's in the form of sanctions… as well as continuing to equip our Ukrainian friends, not only with defensive capabilities but also offensive weapons," said Sen. Joni Ernst (R-IA).

U.S. Rep. Mike McCaul (R-TX), the top Republican on the House Foreign Affairs Committee, warns that the world is watching the U.S. reaction.

"It's not just about Ukraine, it's about China and Taiwan," McCaul said. "It's about the ayatollah and the bomb. It's about North Korea, they just fired off two missiles."

The latest Trafalgar poll shows nearly 85% of Americans believe the U.S. should have a limited involvement if Russia invades Ukraine.