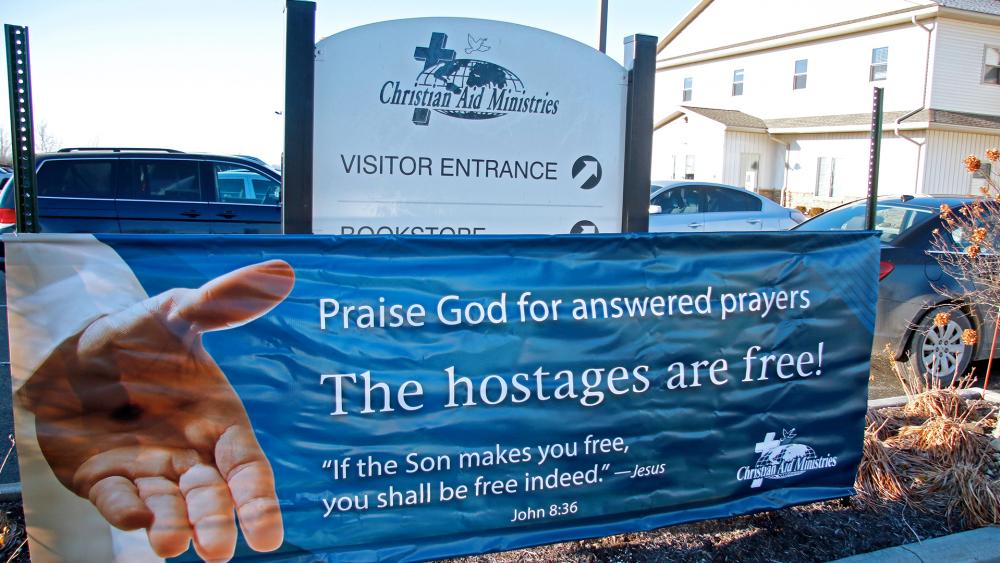 An unidentified person paid a ransom that freed three missionaries kidnapped by a gang in Haiti under an agreement that was supposed to have led to the release of all 15 remaining captives early last month, workers for the Ohio-based Christian Aid Ministries (CAM) have now revealed.

As CBN News reported at the time, CAM was being tight-lipped about the hostage situation, only asking the public to pray for the remaining hostages and gang members behind the horrible crime.

The person who made the payment was not affiliated with CAM and the workers say they don't know who the individual is or how much was paid to the gang, which initially demanded $1 million per person, the Associated Press reported.

Internal conflicts in the gang, they say, led it to renege on a pledge to release all the hostages, freeing just three of them instead on Dec. 5.

The accounts from former hostages and other CAM staffers, in recently recorded talks to church groups and others, are the first public acknowledgment from the organization that ransom was paid at any point following the Oct. 16 kidnapping of 16 Americans and one Canadian affiliated with CAM.

CAM officials had confirmed at a news conference last month that an unaffiliated party had offered to provide ransom money, but at the time they refused to say a payment had been paid.

In subsequent remarks, officials said the group had opposed paying cash ransom on principle, though it did make an offer of food boxes that the captors rejected. Eventually, CAM accepted a third-party offer to negotiate with the gang.

"In the course of this whole thing, there was Christian Aid Ministries' no-ransom policy," Philip Mast, a CAM Executive Committee member, said in a recent talk at Mt. Moriah Mennonite Church in Crossville, Tennessee.

But "there was a donor who offered to take the negotiations and deal with the situation, and so CAM accepted that offer, and it was turned over to another party to deal with it," he continued. "Yes, there was ransom paid, but I don't think (the gang members) had the intention of releasing the prisoners."

As CBN News reported last month, the remaining group of 12 missionaries made a daring overnight escape on Dec. 15, eluding their kidnappers and walking for miles over difficult, moonlit terrain with an infant and other children in tow.

The group used the stars as their guide to reach freedom after a two-month kidnapping ordeal.

"When they sensed the timing was right, they found a way to open the door that was closed and blocked, filed silently to the path that they had chosen to follow, and quickly left the place that they were held despite the fact that numerous guards were close by," the ministry's spokesman Weston Showalter said during last month's press conference.

"In the distance, they could see a mountain feature that they had recognized and identified in the previous days," he continued. "They identified this landmark before and they knew that this was the direction they needed to go. They also followed the sure guidance of the stars as they journeyed through the night, traveling toward safety."

"After a number of hours of walking, the day began to dawn and they eventually found someone who helped to make a phone call for help," Showalter said. "They were finally free."

The nightmare began on Oct. 16 when the 17 missionaries were kidnapped while traveling to a Haitian orphanage in Ganthier, in the Croix-des-Bouquets area. Among the group of 16 Americans and one Canadian were five children, including an 8-month-old.

In November, the 400 Mawozo gang released the first two hostages.

The group's kidnapping sounded alarm bells for other missionaries. Bruce and Mary Melissa Vernon told CBN News last month that the U.S. embassy asked all American missionaries to leave Haiti due to gang violence and rising economic turmoil. The couple returned safely in November and still want to go back when the time is right.

"Sometimes we can hear gunshots from our house that we think are associated with 400 Mawozo gang," said Bruce. "Because of the gangs and kidnappings, we had to move our Bible classes online. There are very few missionaries left in Haiti at this time."

The Vernons asked people around the world to join together in prayer, using New Testament scripture as a focal point in the petition to God.

But the Lord is faithful. He will establish you and guard you against the evil one. And we have confidence in the Lord about you, that you are doing and will do the things that we command.  May the Lord direct your hearts to the love of God and to the steadfastness of Christ"  -- 2 Thessalonians 3:1-5 NIV. 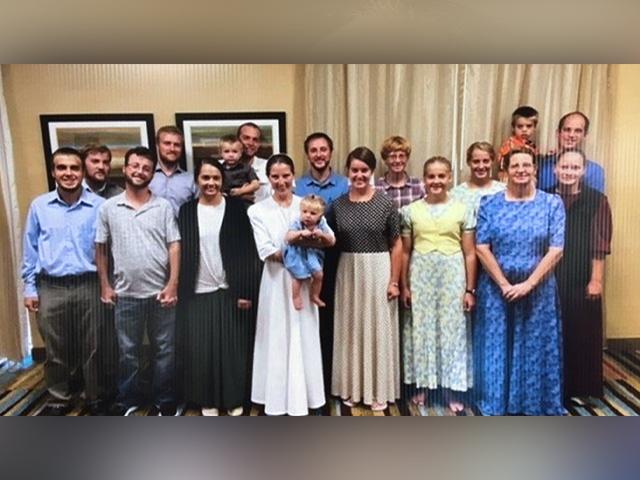 Kidnapped Missionaries Made Daring Escape from Their Captors, Fled for Their Lives on Foot at Night