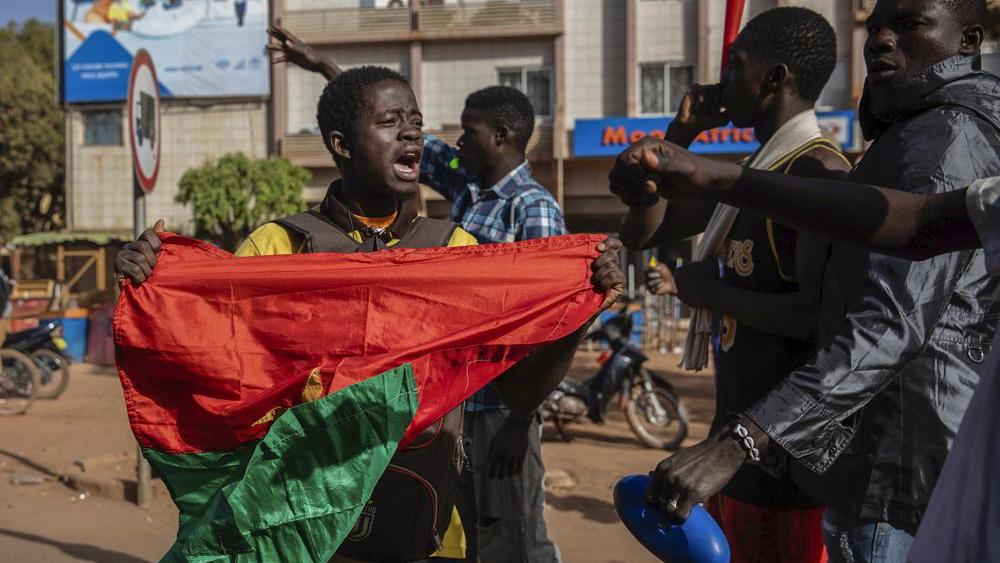 Unruly soldiers seized control of a military base in Burkina Faso's capital, Ouagadougou on Sunday amid protests over the government's handling of the jihadist threat.

Angry soldiers at the Lamizana Sangoule military barracks in the capital fired rounds of ammunition into the air Sunday, directing their rage at the president.

"The jihadists are hitting (the country), people are dying, others are fleeing their homes. … We want Roch and his government to resign because their handling of the country is not good. We will never support them," said protester Amidou Tiemtore.

Burkina Faso's protest began during a surge in jihadist attacks linked to al-Qaida and the Islamic State, leading to the deaths of thousands and displacing 1.5 million people.

And the violence shows no sign of letting up.

The U.N. reported that nearly 12,000 people were displaced within two weeks in December.

Locals say action is overdue and that the country is being overwhelmed by jihadists who take over areas of land and force people to follow Shariah law.

"They just come and are squeezing people (out of their homes) and there is no (government) strategy," said Ousmane Amirou Dicko, the Emir of Liptako.

Legal professionals say the country needs to work together if it wants to overcome adversity.

"The protests are a consequence of the pressure from the jihadists and it's exactly what they want," said Mahamoudou Savadogo, founder of Granada Consulting, a local conflict analysis and research company.

"The concern is that when the government is pressured it makes big political and strategic mistakes, and the country needs to remain united."