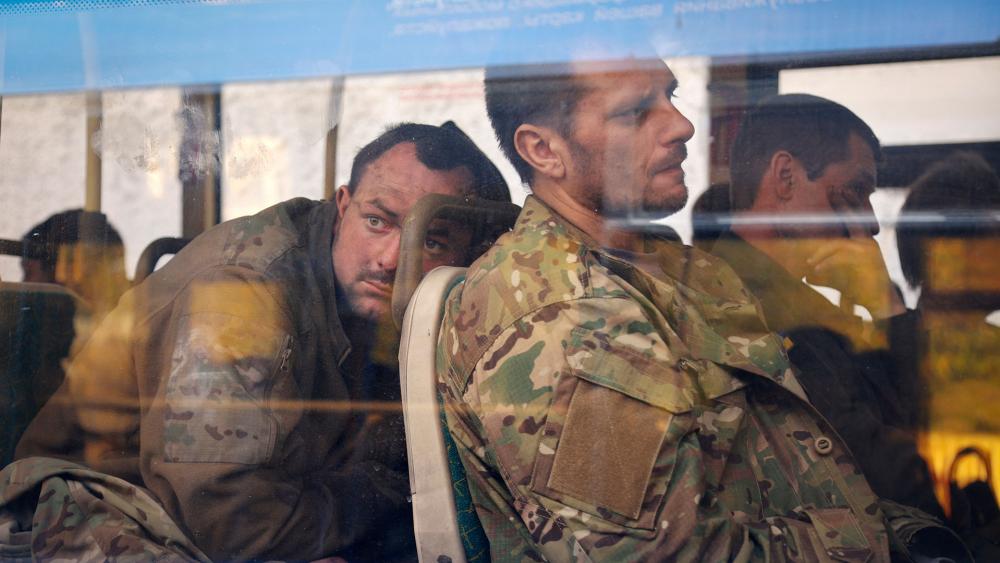 New video smuggled from Ukraine shows the horror unfolding throughout the country.

More than 1,700 Ukrainian soldiers are now prisoners of war after the last defenders of the Azovstal Steel Plant in Mariupol surrendered to the Russians. Moscow authorities say it appears to be the final stage in the nearly 3-month siege of the strategic port city.

In that new video smuggled from Ukraine, Yuliia Paievska, a celebrated Ukrainian medic, recorded hundreds of gigabytes of footage from her bodycam. She was able to hand off her footage in a small thumb drive to the Associated Press which a journalist smuggled out of the country in a tampon. Paievska was captured by the Russians and remains a prisoner of war.

The hard-to-watch footage shows the death of a little boy after medics tried to revive him. It also shows Paievska trying to save wounded Ukrainian civilians and Russian soldiers.

Russian television shows wounded Ukrainians receiving hospital treatment. The International Committee of the Red Cross registered them as prisoners of war to try and ensure humane treatment under the Geneva Convention.

Ukrainian President Volodymyr Zelenskyy hopes to get them back in a prisoner swap. However, concerns of reprisals grow as Russia wants to investigate some of them for war crimes, calling them 'Nazis' and criminals.

Even though many surrendered, an unknown number of Ukrainian defenders still remain in the bunkers and tunnels under the Azovstal plant.

In a recent update on the war, Zelenskyy rearticulated a serious concern that the Russians are carrying out genocide with a goal to kill as many Ukrainians as possible.

Back here at home, the Senate approved $40 billion in aid money for Ukraine. The measure passed as Russia's war enters its fourth month with no end in sight.