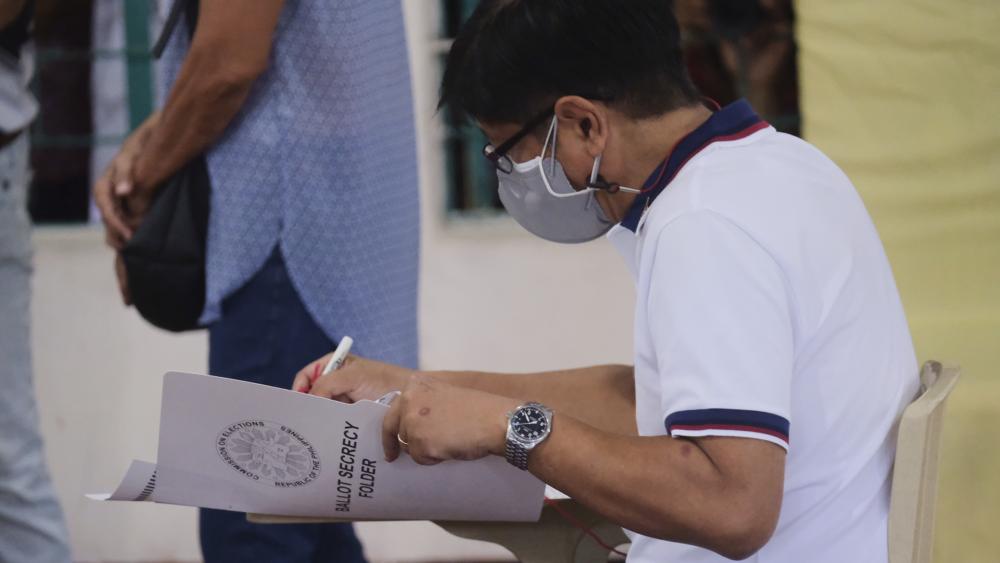 Presidential candidate Ferdinand Marcos Jr., the son of the late dictator, votes at a polling center in Batac City, Ilocos Norte, northern Philippines on Monday, May 9, 2022. (AP Photo)
6305833321112
Ousted Dictator's Son May Be Next President of Philippines Despite Tax Evasion and Family's Plunder of Billions

MANILA, Philippines — It was a historic Monday for the Philippines as an estimated 65.7 million Filipinos headed to the polls today to choose President Rodrigo Duterte's successor and other significant positions in the country.

Leading the presidential race is Ferdinand Marcos, Jr., popularly known as Bongbong, son of the disgraced dictator who committed atrocities against the Filipino people.

Despite an almost four billion-dollar tax evasion case and no political track record except being the son of Ferdinand and Imelda Marcos, Bongbong Marcos has gained much support.

Political analyst attorney Winnie Salumbides attributes this to a culture of dynasties and a jaded concept of justice.

He told CBN News, "How will people take the law seriously if these convicted plunderers do not go to jail? But instead we see them having the gall or the temerity to run for public office. So for people who probably are in a more detached point of view and are spectators, probably, they would start to think that it's all politics rather than a real genuine conviction for crimes and atrocities."

Marcos' main opponent, current Vice President Leni Robredo, got into politics in 2013 after her husband, a popular politician, died in a plane crash. She and other candidates, including retired boxing champ Sen. Manny Pacquiao, have vowed to address issues such as corruption, poverty, the COVID pandemic, and China's aggression in the South China Sea.

Results of the election will be out in a few days. The churches here are praying that the new set of leaders are God's elected who have a genuine love for the nation. Believers are asking for God for leaders who will use their God-given abilities to serve the people and honor God in the positions where they have been called to serve.