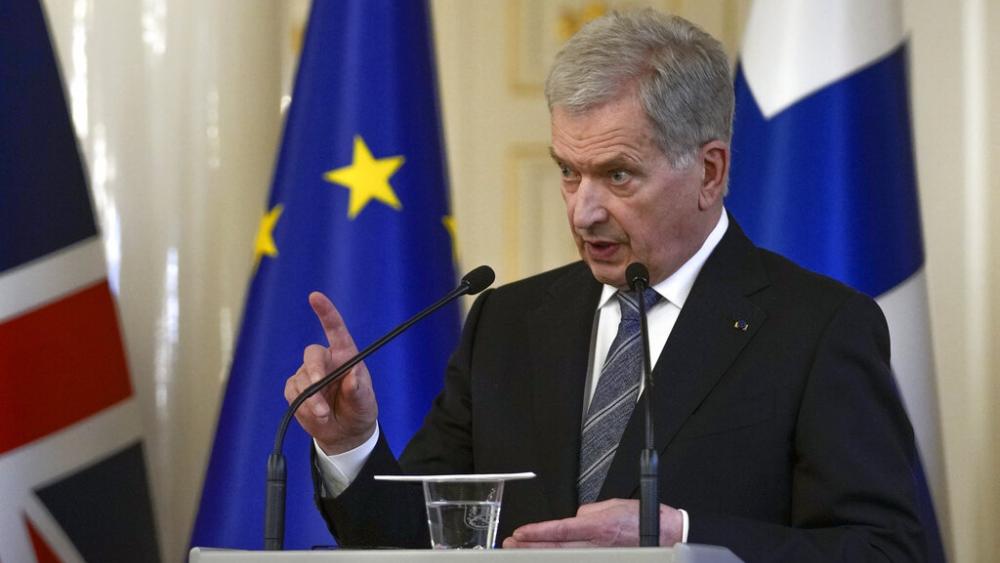 HELSINKI - Vladimir Putin's war on Ukraine is backfiring, big time. By invading Ukraine, Putin intended to keep NATO from expanding along Russia's border. Instead, the opposite is unfolding. Today, Finland announced that it wants to join NATO, and Sweden is expected to follow.

"If you look at the Russian behavior, I think there are quite few options for us," Kirsti, a resident of Helsinki told CBN News.

Sharing an 830-mile border with Russia, Finland is historically neutral. Moscow's invasion of Ukraine, however, has so alarmed this Nordic country that it's now racing to find safe haven in the arms of NATO.

"I think we should have done it like two decades ago, but it's about time to do it," Henri, a concerned Finn, said.

Finns understand what Ukrainians are going through today because they have to only look at their own history and their experience with the Russians. In November of 1939, the Russians decide to invade this tiny nation under the pretext that it was saving Finland from the Nazis.

Neighboring Sweden, another Nordic country, is expected to also join NATO within days.

"President Putin thought he could cause division, but he has achieved the opposite," warned Sweden's prime minister, Magdalena Andersson. "We stand here today more united than ever and with the ambition of strengthening our bonds even more."

Moscow has warned both countries against joining, vowing a military response.

Hannu Haukka, who leads Finland's biggest Christian television network, says his country has been preparing for the possibility of a Russian attack for years, purchasing a wide range of military assets.

"We have already reacted to a potential scenario where Russia would even try or even think of trying to invade Finland," Dr. Hannu Haukka, president of Alfa TV, told CBN News.

On Wednesday, Britain's prime minister joined the U.S. and Germany, vowing to defend both Nordic countries if they came under attack.

"From the high north to the Baltics and beyond, our armed forces will train, operate, and exercise together, marrying our defense and security capabilities and formalizing a pledge that we will always come to one another's aid," Prime Minister Boris Johnson said during a meeting with his Finnish counterpart in Helsinki.

Russia's invasion of Ukraine has clearly led to unintended consequences.

Despite Putin's demands that NATO pull back its forces from eastern Europe, the alliance now looks set to welcome new members, much to the Kremlin's dismay.