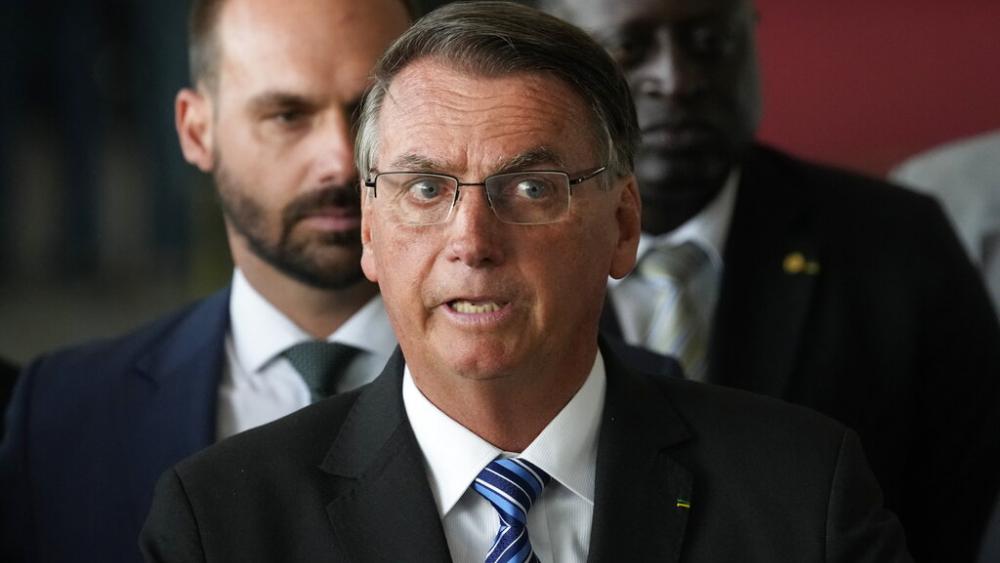 BRASILIA, Brazil (AP) — Brazilian President Jair Bolsonaro on Tuesday stopped short of conceding the election to leftist rival Luiz Inácio Lula da Silva, instead using his first public comments since his defeat two days ago to thank his supporters and encourage their protests, as long as they remain peaceful.

Moments after the remarks, which lasted less than two minutes, the outgoing president's chief of staff, Ciro Nogueira, announced that Bolsonaro had authorized him to begin the process of handing over power.

The conservative leader, who before the election had repeatedly questioned the reliability of the country’s electoral system, had little room for potentially rejecting the results. U.S. President Joe Biden and other international leaders have publicly recognized da Silva’s victory, as have some of Bolsonaro’s closest allies. And Cabinet members, governors-elect and evangelical leaders who have been strident supporters of Bolsonaro are now offering overtures to the incoming leftist government.

Bolsonaro lost Sunday’s race by a thin margin, garnering 49.1% of the vote to da Silva’s 50.9%, according to the nation’s electoral authority. It was the tightest presidential race since Brazil’s return to democracy in 1985, and marks the first time Bolsonaro has lost an election in his 34-year political career.

Flanked by more than a dozen ministers and allies as he delivered his short speech at the presidential residence, the fiery leader did not mention the election results, however. Instead, he defended his tenure.

“I have always been labeled as anti-democratic and, unlike my accusers, I have always played within the four lines of the constitution,” he said.

Bolsonaro also thanked the 58 million people who voted for him and said he supports ongoing protests by truckers who have erected nationwide roadblocks, as long as they don't become violent.

“Current popular movements are the result of indignation and a feeling of injustice regarding how the electoral process occurred,” he said.