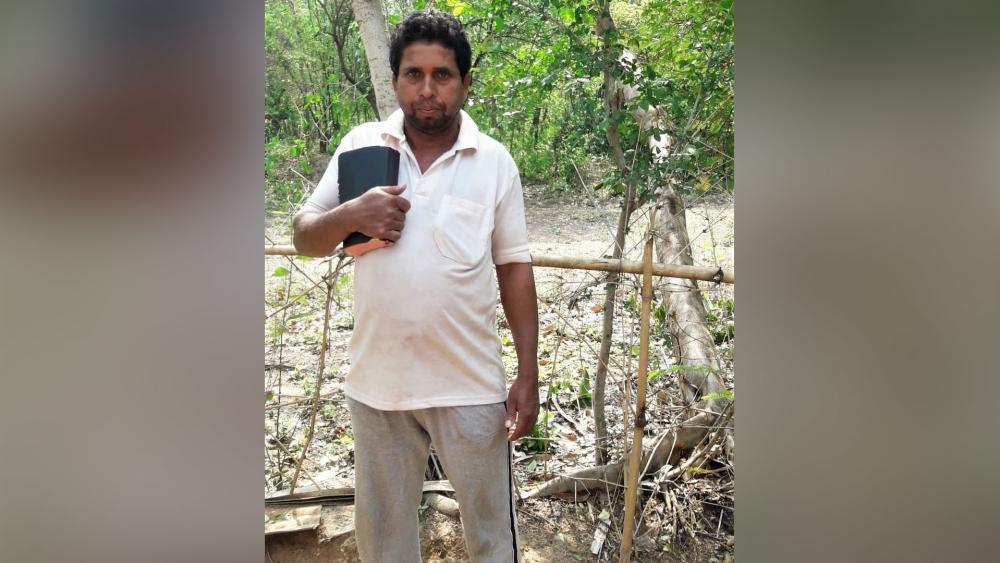 Christians in eastern India suspect a church member's Hindu family may have killed him last month for refusing to deny his Christian faith, according to sources.

Ashish Hansda, a lay leader in charge of the Church of North India (CNI) congregation in the village told the outlet that church members said they last saw Gorai, 46, on Aug. 7 when his wife and son interrupted the beginning of the church's worship service and threatened him.

Gorai's wife was reportedly carrying a bottle of gasoline, and his son was carrying a wooden baton. In a scuffle outside the church building, Gorai's wife and son threatened to burn him alive, Hansda said.

Rev. Subendu Soren, the church's pastor, said Gorai's wife and son had pressured him to perform Hindu marriage rituals at his daughter's impending wedding, where according to custom the father of the bride would be required to worship sacred fire.

Gorai's family had argued that his refusal to perform the Hindu rituals would raise doubts about the family that could lead to the breaking off of his daughter's engagement, said a close friend of Gorai who requested anonymity.

Gorai's wife and son took him home after the incident, Hansda said.

Hansda told the outlet he was concerned for Gorai's safety and visited the family's home later that afternoon on the same day of the incident.

"Madhab's wife told me that he was not at home and had gone to the market," he said. "I left my phone number with his wife and requested her to ask him to give me a call."

Hansda said he received a call from Soren later that night informing him that a church member had said Gorai was dead.

The next day, church members asked family members about Gorai's death. The man's relatives said he had eaten dinner and died peacefully in his sleep. The family had cremated Gorai's body the next morning (Aug. 8) according to Hindu ritual, but none of the church members had been informed about it, Hansda told Morning Star News.

He said he questioned several of Gorai's neighbors about his death.

"All of them told me that there was tension in Madhab's family related to his Christian faith, and they heard the arguments the family had," he told the outlet. "One person also told me that Madhab was sitting and chatting with him until 6:30 in the evening, and he was absolutely fine."

Christian leaders, along with eyewitnesses to the death threats suspect Gorai's family members killed him to avoid jeopardizing his daughter's marriage.

Sumanta Naru, the pastor of the CNI congregation in Bankuda town, said he is suspicious of the death and secret cremation of Gorai's body.

"Nobody knows how Madhab died," Naru told the outlet. "Even the neighbors had last seen him healthy. The Christians were not even called for the cremation. They got rid of his body as soon as they could."

Naru said Gorai had put his faith in Christ several years ago after learning the gospel from a relative. Keeping the keys to the church building, he would be the first to reach it and open it for Sunday worship.

"Madhab was a sincere Christian. He helped in whatever way possible to contribute and serve the church," he said.

CBN News has consistently reported on India's persecution problems against Christians. In 2020, a pastor was reportedly told to stop worshipping inside his home and was forced to sign a document assuring he would halt such practices.

And in 2021, Hindu nationalist leaders held an anti-Christian rally advocating for violence against Bible believers. One individual proclaimed, "Let us drag people from the church and stop conversions at any cost." Another added, "We will frighten Christians who are involved in conversion work in the region. We will not allow the missionary work to be carried on in Bastar and will protect the Hindu religion by stopping the conversions."

Ongoing attacks on Christians in India come amid shifting tides on the persecution front.

India is ranked #10 on the organization's 2022 World Watch List of the countries where it is most difficult to be a Christian.