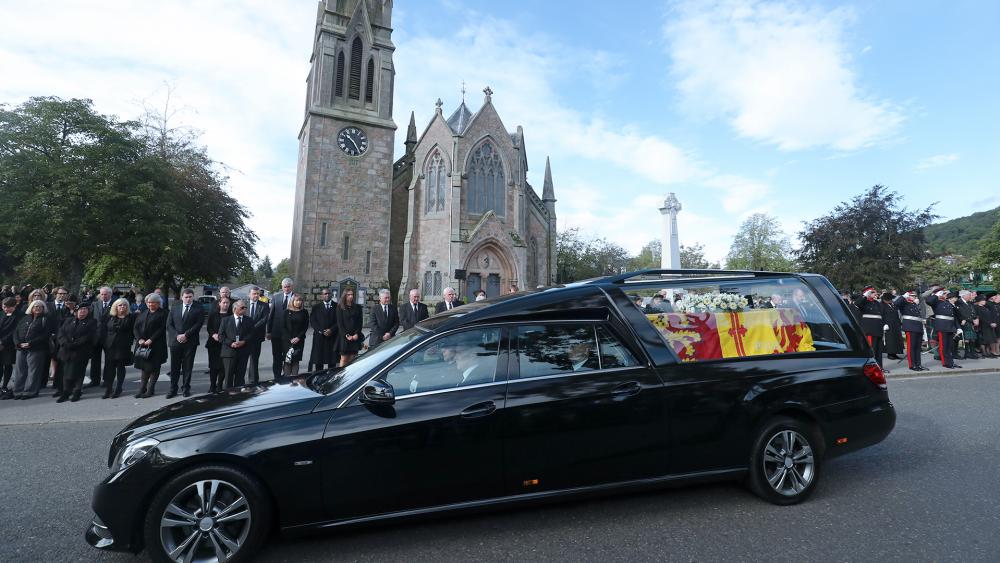 The hearse carrying the coffin of Queen Elizabeth II passes through as it makes its journey to Edinburgh from Balmoral in Scotland, Sept. 11, 2022 (AP Photo/Scott Heppell)
6312212983112
Queen Elizabeth Makes Final Journey Through Her Beloved Scotland

He told them, "As I stand before you, I cannot help but feel the weight of history which surrounds us."

They then traveled back to Scotland to join other members of the royal family for a procession to St. Giles Cathedral, where the Queen's coffin will lie in state so the people of Scotland can pay their respects.

The Queen's final journey began Sunday as the glass windowed-hearse left her Balmoral estate and traveled through the Scottish countryside. Thousands lined her route to say goodbye. 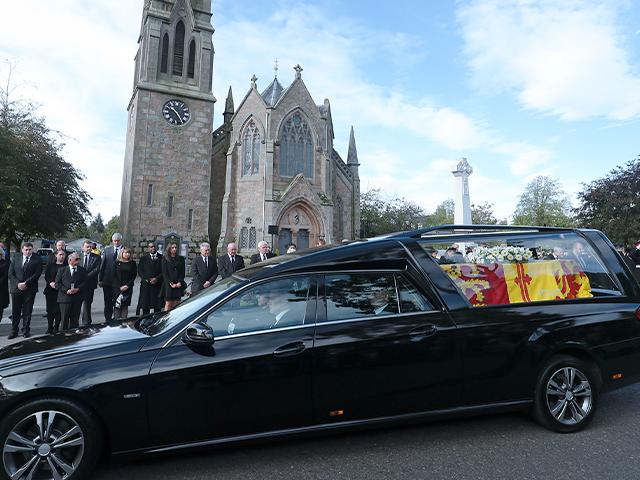 The hearse carrying the coffin of Queen Elizabeth II passes through as it makes its journey to Edinburgh from Balmoral in Scotland, Sept. 11, 2022 (AP Photo/Scott Heppell)

Elaine Robertson, who planned to watch the procession, said amidst tears, "Just important to say goodbye. She has been on the throne for a long time. So, yes, it means a lot."

Some mourners threw flowers. There was even an honor guard of tractors.

"This is the farming community doing their part to show their appreciation for what she had done for agriculture," Jim Smith said.

Then, a dozen horses paid tribute to the queen, acknowledging her as an equestrian.

Charles is now head of state for 14 nations known as Realms of the Commonwealth, including the United Kingdom, Australia, Canada, New Zealand, and a host of Caribbean and Pacific islands, but that may be changing.

Antigua and Barbuda and Jamaica are now set to vote on whether to remove the British monarch as their head of state and become a republic.

Jamaican Prime Minister Andrew Holness said, "We are moving on as an independent, developed, prosperous country."

The Queen's funeral will be held in Westminster Abbey on Monday, September 19.

President Biden and First Lady Jill Biden have accepted an invitation to attend. 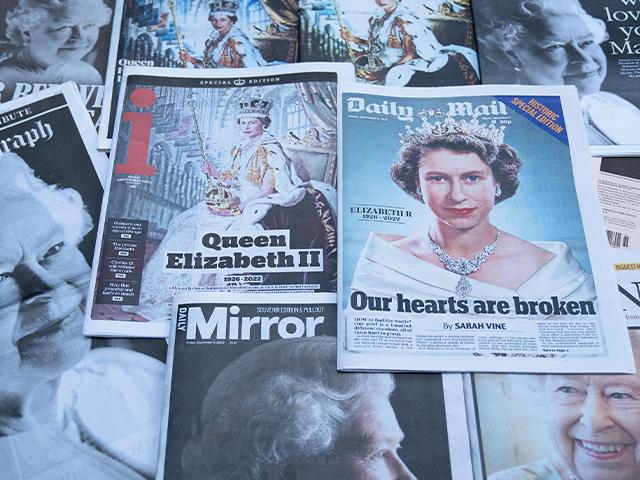 Faith Was Foundational for Queen Elizabeth II: 'I Have Drawn Great Comfort in Difficult Times from Christ's Words' 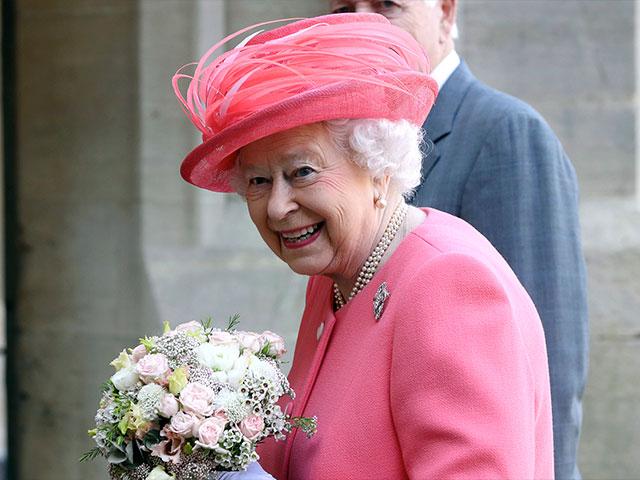