Rush for the Border: Military-Age Russian Men Flee to Armenia to Escape Draft 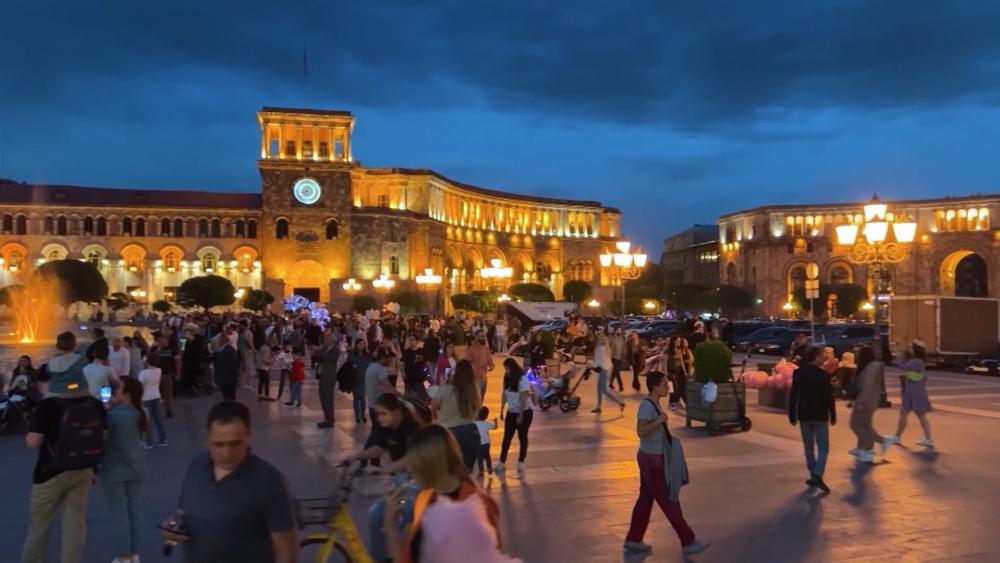 YEREVAN, ARMENIA – Airports across Russia are packed with young men looking for any way to escape a draft and being sent to Ukraine. Russia's failures in the war are being felt across the region, especially in Armenia, a Christian nation facing attacks yet again by its Muslim neighbors.

Russia's disastrous campaign in Ukraine is making waves back at home, and the recent call-up of another 300,000 troops has sparked a national rush for the exits, adding to the hundreds of thousands of mostly men who have already fled since the war began.

Russia has always been one of Armenia's most important allies, although that relationship has turned awkward since the invasion of Ukraine. Armenia is now being flooded daily by Russians in the thousands, entering on one-way tickets. CBN News spoke with some of them about the conflict earlier this year.

A Russian man who fled to Yerevan said, "Even if the war ends and Russia loses, I don't see myself living comfortably in a country where the country leader is almost like a Hitler. And the absolutely militaristic state of the government right now is awful."

There are Russians all over here in downtown Yerevan. Most of them are young professionals, people who do their work online and that's something that you really can't do in Russia right now because of the sanctions. The people we talked with were vehemently against this war, but most did not want to go on camera and talk about it. That says a lot about how much they fear their own government because many of them still have families back in Russia.

Political scientist Tigran Grigorian said, "Russia is a formal ally but is not capable or willing to protect Armenia from the Azerbaijani aggression and this is very dangerous because Azerbaijan is actually interested in gaining more from military pressure."

As Russian power appears to crumble, many former Soviet countries are jockeying for stature and position to possibly benefit from a weaker Russia. And Armenia sits squarely in the middle of this political power play including Russia, Azerbaijan, and Turkey.

Azerbaijan recently launched multiple attacks on its neighbor, killing more than 200 Armenian military and civilians in the latest flare-up of an ongoing conflict over territory. When that happened, Armenia appealed to the Collective Security Treaty Organization, Russia's version of NATO, for help. But help did not arrive.

"The world doesn't help us, but we shouldn't be offended. Because we have locked ourselves in the chains of the CSTO which sits on our neck. We have no right to ask for any help from the world. When we are free from this CSTO and from Russian shackle, then the entire world can step up on our side," said Margarita Velgoryan, a Russian protestor.

"We have all witnessed Russia's failures in Ukraine, and Russia's military capabilities have actually dwindled a lot, so Russia is not interested in confronting neither Azerbaijan nor turkey because it doesn't have capabilities," Grigorian said.

"I am a refugee from Russia, I was persecuted for political reasons," one man told us. "It turns out that I came here from war to war. I can't stay away, I want this to stop as soon as possible. The CSTO must do something or cease to exist."

On September 17, US House Speaker Nancy Pelosi traveled to Armenia and condemned the Azeri aggression, which concerns more than one million Armenian-Americans living in her home state of California.

"The US plays a stabilizing role, the US actually managed to broker a ceasefire on the 15th of September, and the state department has been very active with its communications with Baku and president Aliev, urging him not to escalate, urging him to disengage his forces from the sovereign territory of Armenia so the only hope is on the Americans to stop this from escalating into a full-scale war," Grigorian said.

"The European Union has decided to move from one aggressive dictator to another in terms of supplying its energy," he added.

Armenians were very grateful for the attention from the west, with many calling for deeper cooperation.

"If the United States is interested in having some sort of presence in the south Caucasus and I'm absolutely sure that Washington is interested. It should pressure both Ankara and Baku and push them towards a more constructive stance toward Armenia," said Grigorian. 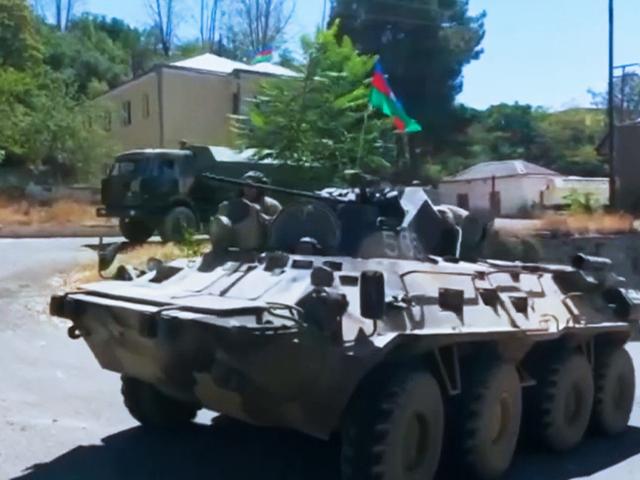