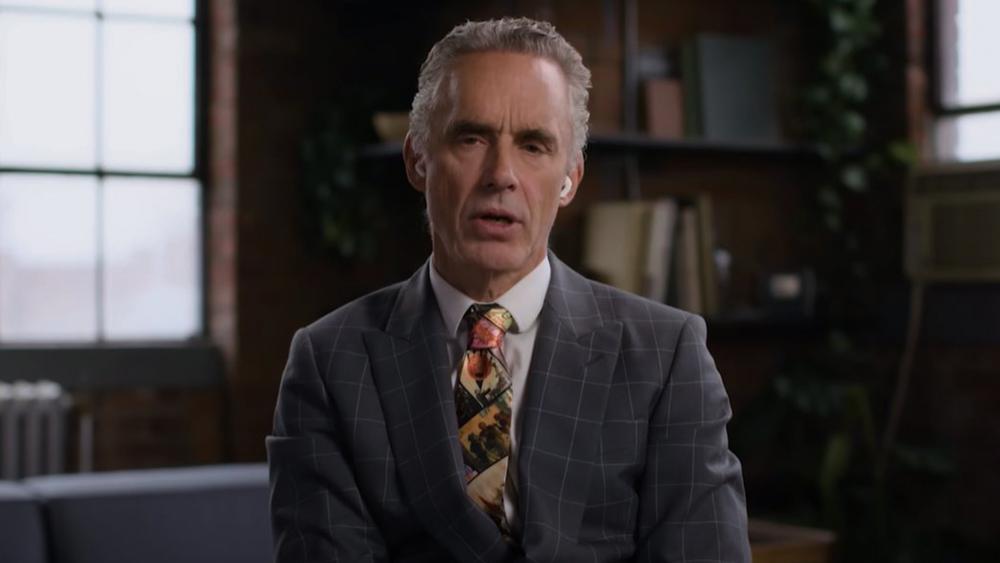 Canadian clinical psychologist and media personality Dr. Jordan Peterson announced on Twitter Tuesday that the College of Psychologists of Ontario had demanded he submits to mandatory social media communication retraining with their experts or risk losing his license.

BREAKING: the Ontario College of Psychologists @CPOntario has demanded that I submit myself to mandatory social-media communication retraining with their experts for, among other crimes, retweeting @PierrePoilievre and criticizing @JustinTrudeau and his political allies.

If Peterson doesn't complete the training, the college which oversees all practicing psychologists in Ontario is threatening to pull his license.

"To reiterate: I face public disgrace, mandatory political re-education, disciplinary hearing and potential loss of my clinical licensing for agreeing with PierrePoilievre and criticizing our standing PM JustinTrudeau," Peterson tweeted.

To reiterate: I face public disgrace, mandatory political re-education, disciplinary hearing and potential loss of my clinical licensing for agreeing with @PierrePoilievre and criticizing our standing PM @JustinTrudeau

The psychologist is a popular media personality and has more than 15 million followers across his social media platforms.

In a series of tweets on Jan. 3, Peterson wrote, "About a dozen people from all over the world submitted complaints about my public statements on Twitter and Rogan over a four-year period (out of the 15 million who follow me on social media) claiming that I had "harmed" people (not them) with my views."

"I am to take a course of such training (with reports documenting my 'progress' or face an in-person tribunal and suspension of my right to operate as a licensed clinical psychologist," he explained.

"I have been accused of harming people (although none of the complainants involved in the current action were clients of mine, past or present, or were even acquainted with any of my clients," Peterson continued.

Peterson replied to Musk: "It's worse than you think in Canada @elonmusk.  Regulated professionals are now terrified into silence by their respective colleges. This means they are no longer able to say what they believe to be true. And who needs that from their lawyers, physicians -- or psychologists?"

Musk replied, "That is extremely concerning!"

The Toronto Sun reported Wednesday that Peterson, 60, filed an application for judicial review with the Ontario Divisional Court. He told the outlet the complaints against him and the attempt to pull his license are political and he will refuse to comply with the training.

"I practiced for 20 years without being investigated, this only started when I became a prominent public figure," Peterson said.

He told The Sun he's faced non-stop complaints since 2016 and has had to hire lawyers to handle complaints from the college.

The outlet noted a review of the complaints shows the people making the complaints to the college over Peterson's social media posts don't even live in Canada.

The psychologist shared on Twitter the lengthy list of mandatory requirements he must meet due to his comments that "lacked professionalism in public statements made on social media and during a Jan. 25, 2022 podcast appearance."

Here's the last page of the required "undertaking." pic.twitter.com/svwbDveMz8

The requirements include his participation in a coaching program Peterson would have to pay for.

Writing in an op-ed published by the National Post on Jan. 4, Peterson refused to submit to the retraining.

"I'm not complying. I'm not submitting to re-education. I am not admitting that my viewpoints — many of which have, by the way, been entirely justified by the facts that have emerged since the complaints were levied — were either wrong or unprofessional," he wrote.

The Wall Street Journal Editorial Board rebuked the Ontario College of Psychologists Wednesday over their campaign to "re-educate" Peterson for "speaking his mind."

In an op-ed published by the newspaper, the board wrote: "Professional bodies are supposed to ensure that practitioners are competent, not enforce political orthodoxies or act as language police outside the office."

"Sounds like an issue of id, ego and superego. You could ask a psychologist about it," the editors wrote.

The Daily Mail published a partial list of Peterson's tweets over the past six years that raised the ire of the woke crowd, and controversies that ensued:

2016: Slammed proposed Canadian legislation that would ban discrimination based on 'gender identity or gender expression', claiming it would threaten free speech

2017: Claimed that 'the idea of white privilege is absolutely reprehensible' because 'most people have all sorts of privilege'

2018: Told British TV network Channel 4 that men need to 'grow the h*** up' and 'adopt responsibility' while discussing the crisis of masculinity. Also claimed that the gender pay gap was not 'only due to sex'

2020: Staff at Penguin Random House Canada attempt to block the publication of his self-help book Beyond Order: 12 More Rules for Life, slamming Peterson as an 'icon of white supremacy and hate speech'

2021: Tells The Sunday Times that he had become suicidal as a result of dependence on a sedative medication and shared that he had to be put in an induced coma while hospitalized in Russia

May 2022: Calls plus-size Sports Illustrated Swimsuit cover model 'not beautiful,' and further claiming 'no amount of authoritarian tolerance is going to change that.'