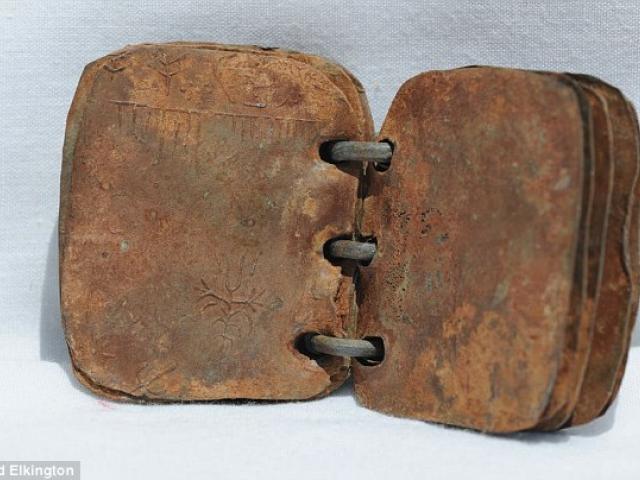 Biblical archaeological discoveries are often controversial. One of the latest finds is no exception.

Recent tests conducted on some lead tablets found in 2008 in a Jordanian cave leave many Christians hopeful and some, a bit skeptical.

Why the skepticism? Questionable claims in the past have caused the public to demand solid evidence and scientific proof.

Many Christians believe the Shroud of Turin is the burial cloth of Jesus, yet radiocarbon tests conducted in 1988 dated fiber samples from the cloth to the Middle Ages--more than a thousand years after Christ. While some people questioned the authenticity of the shroud, others questioned the accuracy of the testing.

More recently, a tomb discovered in Talpiot, Israel in 1980 was said to be the tomb of Jesus and his family. One of the ten ossuaries found in the tomb contained the inscription in Aramaic, Yeshua bar Yosef, "Jesus, son of Joseph." The controversial claim about the tenth ossuary was debunked by one of the archaeologists who oversaw the Talpiot dig.

Now, another controversial claim--this time about those lead tablets discovered in a remote area of Jordan known as a place of refuge for Christians who fled the fall of Jerusalem in 70 AD.

According to the Daily Mail, experts say the tablets are 2,000 years old and contain perhaps the very first written mention of Jesus.

If genuine, this would be the most significant biblical archaeological discovery since the Dead Sea Scrolls were found in Qumran more than 60-years ago.

The Daily Mail reports authors, Jennifer and David Elkington claim the tablets--known as codices (bound manuscripts) are real and show that Jesus did not come to earth to promote a new religion, but to restore "a thousand-year-old tradition from the time of King David." A central part of the codices is that Jesus promoted worship in Soloman's Temple "where the very face of God was believed to be seen."

Also, they claim the codices suggest the God Jesus worshiped was both male and female.

While some experts claim the tablets are fake, the Daily Mail reports the following:

Now tests conducted by Professor Roger Webb and Professor Chris Jeynes at the University of Surrey's Nodus Laboratory at the Ion Beam Centre, confirm that the tablet is compatible with a comparative sample of ancient Roman lead unearthed from an excavation site in Dorset.

The experts said that the codex they tested 'does not show the radioactivity arising from polonium that is typically seen in modern lead samples, indicating that the lead of the codex was smelted over one hundred years ago'.

They went onto explain how the testing suggests that the artefacts are indeed 2,000 years old.

'While there may be variations in decay and corrosion that depend upon the environmental conditions in which the objects were stored or hidden, there is a strong underlying theme of decay from within the metal,' said the researchers in a press statement.

'It is oxidising and breaking down at atomic level to revert to its natural state.

'This is not witnessed in lead objects that are several centuries old and is not possible to produce by artificial acceleration (e.g. through heating).

Fake, or real? Perhaps more tests would help verify the claims, or maybe not.

Read the article, you decide and then share your thoughts.