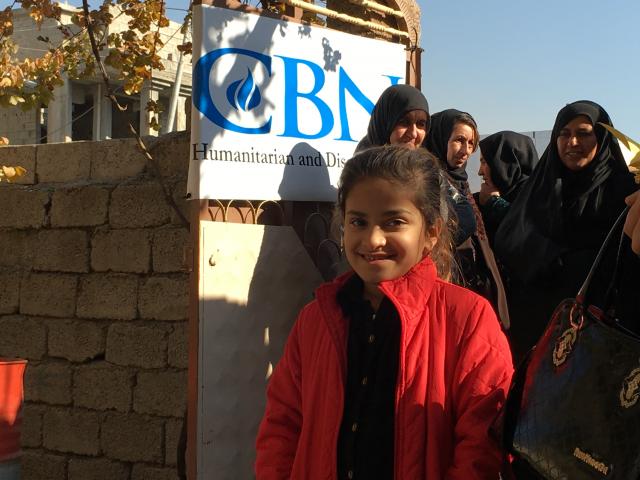 This is the third year in a row that many Iraqi Christians will celebrate Christmas away from their homes as refugees in their own country. We've shown you the condition of their towns liberated from ISIS--cities like Qaraqoush and Bashiqa. It's just too soon for many people to return and many of their homes and businesses have been destroyed.

During the past two-and-a-half years, CBN News has taken you to the devastated Yazidi stronghold of Sinjar and the refugee camps in the Iraqi Kurdistan capital city of Erbil. We've also shown you the plight of displaced Iraqis in the cities of Duhok and Zakho. We've shared the horror stories of torture, death, rape, and sexual enslavement.

The tragedy has also taken an emotional toll on those of us who have brought you these stories. Believe me, I've had many sleepless nights and I'm sure it's been the same for my colleagues Chris Mitchell and Chuck Holton.

But there is hope and light in the midst of the darkness and that's what keeps us--and many of those who are suffering--motivated and encouraged.

Christians are reaching out to help the internally displaced and that demonstration of God's love is making a huge difference. Muslims, Yazidis, and many others are coming to Christ as never before. Others are hearing The Gospel message for the first time and some are seeing Christians in a new light.

While we at CBN News press on to bring you their stories, hundreds of thousands of displaced Iraqis press on just to survive another day.

They still face many difficulties and their needs seem overwhelming at times and they are in urgent need of our help.

CBN Humanitarian and Disaster has been on the ground in Iraq helping ever since ISIS first moved into the towns and villages of the Nineveh Plain. And as winter sets in (temperatures at night are now nearing the freezing mark),  we're reaching out to help those who have fled the fighting around Mosul.

I sleep better at night because of it and you should too.

Take a look at CBN's latest relief effort from this past weekend: