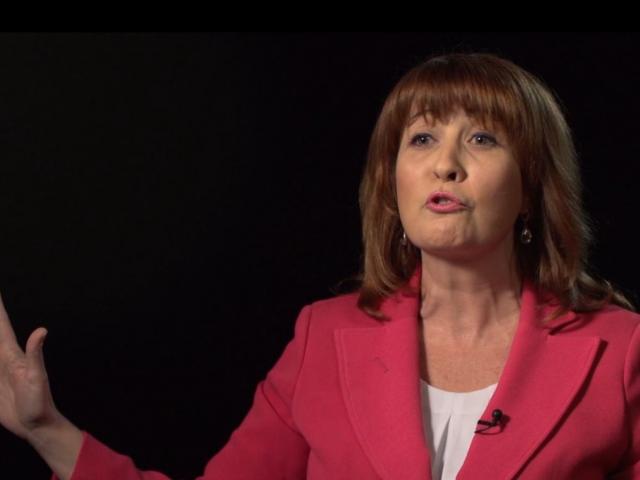 Isik Abla is a former radical Muslim, who at the age of 12, wanted to become a suicide bomber. As an adult, she escaped an abusive Muslim husband who tried to kill her and fled to America.

She came here legally and was granted citizenship after she married an American.

She climbed the corporate ladder and served as a CEO of a global company, but after she found Christ, she gave it all up and moved into full-time ministry. Now the host of a Christian call-in TV talk show called The Way, The Truth and The Life, she reaches millions of Muslims and others worldwide.

I traveled to an undisclosed location to interview her and discover her thoughts about the president’s temporary travel order.

Here are portions of that interview:

What does she think of the travel order? She says it’s about doing what’s right to protect American freedom.

Isik Abla told me she believes a deaf and dumb spirit is dividing Americans at this time because people do not see Islam for what it really is.

She despises Islam and says it is not a religion of peace, yet she loves Muslims and has given her life to them. She even does ministry work among refugees.

But she wasn't always that way. She explains how reading the Koran inspired her to become a suicide bomber.

While Isik Abla receives daily death threats because of her bold and controversial views, she remains unafraid.

And what about religious freedom? In America, don't we welcome all faiths to come and worship here?

So, what did she think of the Women’s March on Washington?

She recommends that the protestors visit the hell she endured as a woman in Turkey, then they will appreciate life in America.

She also says critics of the temporary travel ban should help refugees.

Isik Abla is not alone. A growing number of Muslim-Americans are also speaking out in support of the ban. Four were interviewed recently by Independent Journal Review.

You can find out more about Isik Abla at her Facebook page.

Let's pray for her safety and that more bold Muslims and former Muslims like her, will boldly and unabashedly share their common sense views and love for America!