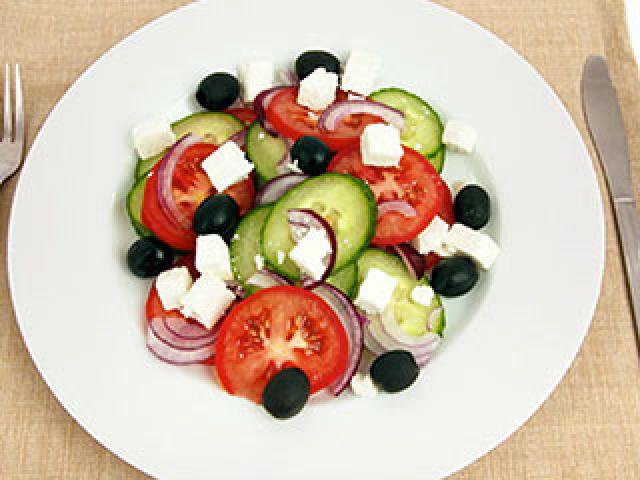 The Mediterranean Diet appears to have come out on top when it comes to overall good health, according to a number of health professionals who tout its benefits when it comes to weight loss, brain health and preventing heart disease and high blood pressure.  It's also highly ranked because it's relatively easy to follow.

The Mediterranean Diet is a plant-based diet that closely resembles what Greek and Italian cultures of the 1940s and 50s consumed.  Sadly, those cultures today eat a diet that is far more North American, and therefore less healthy...more like "SAD," which stands for The Standard American Diet.

The traditional Mediterranean diet being touted by health experts is made up of whole foods.  These are foods that are in their original state, as opposed to processed foods, which are manufactured.  Whole foods are missing the sweeteners, preservatives and other additives that are found in packaged foods.

Vegetables serve as the foundation of the Mediterranean diet.  A wide variety is best, beginning with leafy greens like spinach and kale, expanding to to a vast array of colorful choices, such as red peppers, carrots, squash, eggplant and tomatoes (even though technically tomatoes are fruits, which are also included in the diet).

Olive oil is an important component of the diet, as are olives.  Other keys are nuts, seeds and legumes (beans). Fish is encouraged and poultry is sometimes eaten. Some dairy products, such as unsweetened yogurt and cheese are on the diet as well.

Equally as important as what's included in the Mediterranean Diet is what's not.  Topping the list: sugar, which can lead to dangerous inflammation and weight gain.

While olive oil is encouraged, industrialized oils are not.  These include hydrogenated oils, also known as trans fats, which are common in processed foods and shortening as well as vegetable, soy, cottonseed and other highly processed oils like canola.

Beef and pork are also discouraged.  Refined grains such as white bread and pasta are not allowed.

Recently a panel of nutritionists, dietary consultants, and doctors specializing in diabetes, heart health and weight loss examined nearly 40 different diets that are popular in America today.  For the seventh year in a row, they named the DASH diet number one.  However, the Mediterranean diet came in a close second.  As it turns out, the diets are almost identical in that they are both plant based and eschew sugar, red meat and refined grains.  The main difference is the Mediterranean diet calls for a bit more fat, particularly when it comes to the amount of olive oil consumed.  The other high-scoring diets were all plant-based, and varied only slightly.

Add to that, researching indicating the Mediterranean is the best for the brain, specifically in the prevention of stroke, Alzheimer's disease and dementia.

As we age, our brains naturally shrink.  But a recent study published in the journal Neurology followed 400 people in their 70s and found that those who followed the Mediterranean diet were less likely to lose brain volume as they aged.

A different study of nearly 700 people published a year earlier in the same publication revealed older people who ate a Mediterranean diet had brains that were five years younger than their actual age.