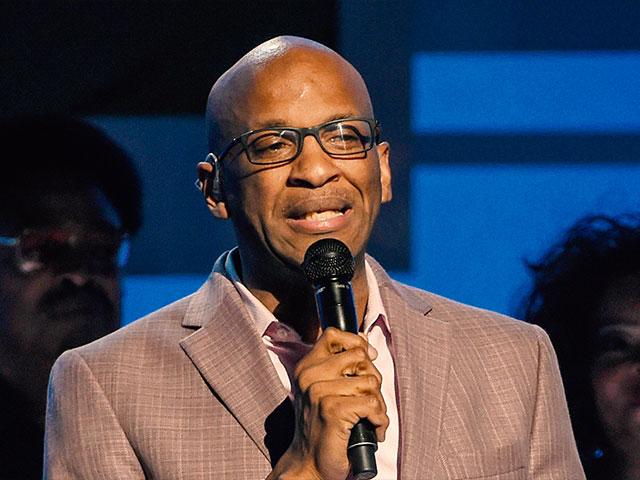 Donnie McClurkin is known for producing gospel gold. He is responsible for hits like, 'We fall Down', and 'Great is Your Mercy' the list could go on and on. His signature voice has earned him three Grammy awards, ten stellar awards, three Dove awards and sold more than 10 million albums.

In my recent interview with McClurkin I had the chance to dig beneath the music and hear from Donnie McClurkin the man.

McClurkin is the pastor of New York's Perfecting Faith Church, the father of two and a grandfather. Fatherhood is what's closest to his heart. "I think this is the crowning glory of life when you can see yourself in your son," said McClurkin.

The singer says his father and mother introduced him to faith. Donald, Sr. and Frances McClurkin had 10 children, though only eight lived. McClurkin's mother taught him to sing and play piano.

He went on, "I was 45 when my father finally said on international television I'm proud of you, and I cried on television like a baby. To hear him say those words on national TV - I cried like a baby."

The summer announcement  by TBN's Matt Crouch sparked rumors that McClurkin was about to walk down the aisle with Nicole Mullen.

Though he didn't give specifics about where his relationship status stands, McClurkin says the one thing missing in his life is a wife. "That void has become a chasm," said McClurkin.

He continued, "God literally caused me to accomplish everything he purposed me to do - and more."

"I have a wonderful two children, love my girl love my boy. The wife aspect is the void, that's the void I'm looking to fill in this last chapter of my life," said McClurkin.

He says he lived his life backwards. "Had I followed the principles of the kingdom, I would be fulfilled at 57 with no void."

"This is a real sensitive area in my life", said McClurkin as he fought back tears.

The singer admits fear is what has held him back from getting married. "I'll tell you I'm frightened."

He went on, "my fear factor has paralyzed me from going forward in relationships and I think that this time I'm going to wade through the fear in order to finish my life."

"I don't want anything to fail. I hate failed relationships," said McClurkin. He added, "fear is false evidence appearing real, and it appeared so real to me that I denied myself that."