'I Met Jesus in My Dreams': The Millennial Social Media Star Who Met God in a Supernatural Way 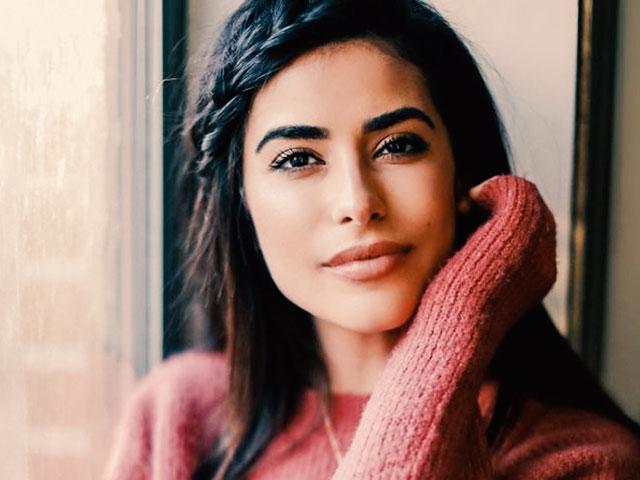 Here is a special guest blog by CBN's Emily Jones. Buckle up, it's an amazing story.

Sazan Hendrix is a woman who's taking the beauty world by the reins and isn't letting go! I, like millions of others, were drawn to her style and beauty tips. But go beyond that bright smile and even brighter personality and you'll find a woman who was once desperately searching for God -- until the day He showed up in her bedroom.

"I had my identity crisis in college when I was 20," she told me. "I didn't really know who God was."

Sazan is Kurdish and grew up in a predominantly Muslim culture. But while she called herself Muslim on paper, she never practiced their culture's faith and felt completely lost the night her identity crisis became unbearable. That all changed when her Christian best friend named Stevie challenged her to do the unthinkable – really talk to God.

"He said, 'you know what, when you go home tonight why don't you just ask God to reveal himself to you through your dreams?'"

"So, I literally went home that night and I prayed differently than I had ever done my whole life," she says. "And I just said 'I don't know who you are ...have you been there for me my whole life? Do you hear my prayers? Reveal yourself to me.'"

Boy, did God show up.

Funny thing is, she had never stepped foot inside a church before and had no clue what worship even looked like.

"When I had that dream I knew it wasn't just a coincidence… I was about to step into the light after I felt like I had been in the dark for so long," she says.

And it only got better from there.

"For two weeks straight after I had that amazing dream I started having these prophetic dreams…I started to get to know this Jesus guy through my dreams and for me, that was all I needed to know that this was the truth."

But her parents, weren't happy about her new faith.

"They were so upset," Sazan says."They told me, 'never tell us when you go to church because we don't want to hear about it.'"

But what completely severed their relationship was when Sazan broke Kurdish tradition and married Stevie -- a man with no connection to the Kurdish culture.

But while Sazan endured years of painful silent treatment from her family, they eventually reconnected with her after seeing how Jesus changed her.

Now, Sazan uses her beauty platform to minister to millions of people like me. She has some pretty familiar advice – just talk to God.

"God just wants you to talk to him. He wants to you listen…It's amazing when you open your eyes and ears what God can show you."

Spoken like a true pro. Jesus has a habit of showing up and showing out when we just open our mouths and start with that first "hello."