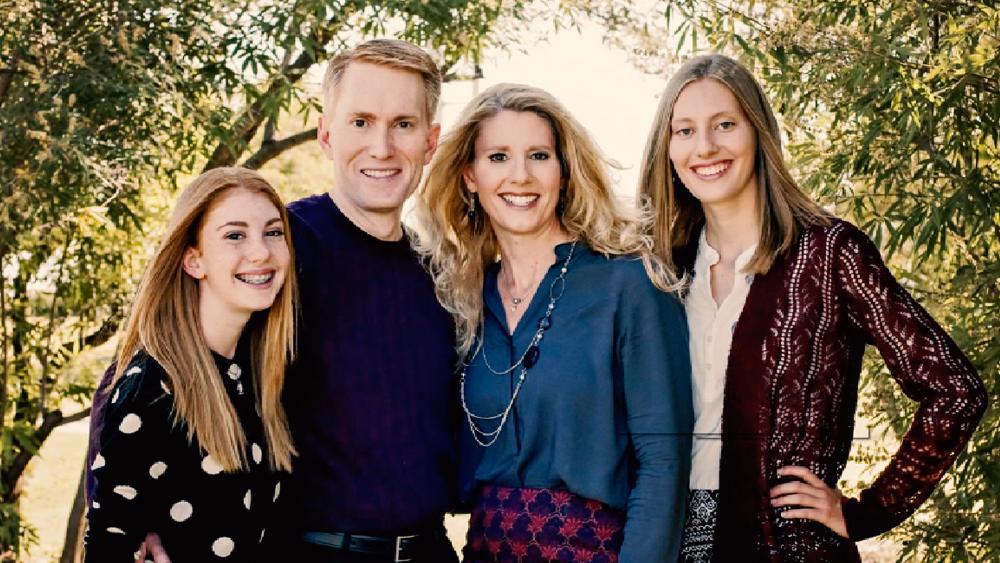 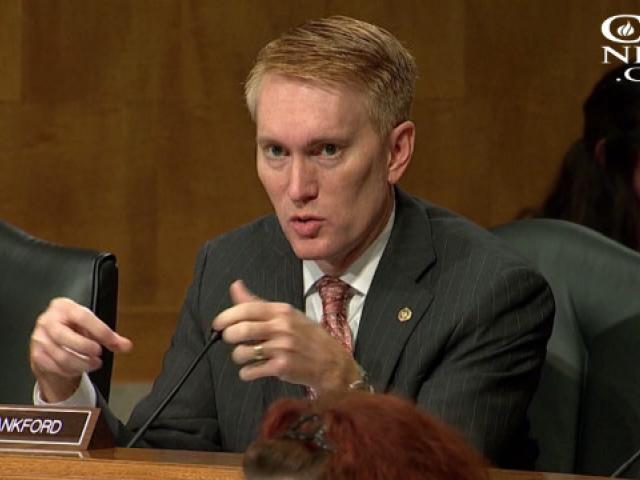 Whether it's eating street food on Route 66, talking Jesus with Democrats or working to block federal fumbles on Capitol Hill, Lankford is at ease.

"Yeah, it was junior year," Lankford said as he and his wife laughed.

For the Lankfords, the senator's work has always been a family affair.

Despite a booming voice that's the envy of radio hosts, Lankford sees himself as the most unlikely person to ever run for office.

"Cindy calls this life's greatest interruption. This is not something that we expected," he told CBN News during an extensive interview in his Oklahoma City office.

In high school he felt called to follow Jesus. After becoming a Baptist minister, he spent most of his time running the youth program at Falls Creek, the largest Christian camp in the world. Then after more than 20 years in ministry, both he and his wife felt God preparing them for something new.

One day after praying, Lankford read that his local congresswoman, Mary Fallin, was running for governor.

"It's as if it jumped off the page and I heard God say, 'That's what I want you to do,'" he recalled. "And it wasn't audible; it wasn't a big boom. It was just this overwhelming sense 'You asked me before what I was looking for. That's it.'"

"And I remember just leaning back in my chair and thinking, 'Well, that's insane,'" he said. "That's not even rational, but I just couldn't shake it. It was just one of those crystal clear moments."

Taking a Leap of Faith

He resigned from Falls Creek, tapped into the couple's savings and ran as an unknown in a crowded Republican primary.

That was 2010. Now he's the junior senator from Oklahoma. For the Lankfords, it came down simply to obedience.

"Every part of what he does is to honor Christ, to be obedient to Him, to know Him and make Him known," Cindy explained. "And it's evident in everything that he does and so it's very fun because something that we get to do now is watch God unfold things that we wouldn't have seen before."

In Oklahoma, folks have a saying: If you don't like the weather just wait a minute because it's about to change.

But people have come to realize that Sen. Lankford sticks to his principles in Washington, even when they're not popular.

Sticking to Principles and Championing Change

He focuses on problems nobody else is working on. He's a policy wonk who relishes overseeing federal regulations. What some might find obscure, Lankford sees as monumental -- like wording on a naturalization tests that reads "freedom of worship" as opposed to the American promise of "freedom of religion." He fought to have it changed.

They're the types of systematic problems in government conservatives love to complain about, but rarely tackle.

He does a yearly review of outrageous federal spending called "Federal Fumbles."

"The Death Master File makes me want to pull my hair out!" he exclaimed, eyes wide. "There's something called the Death Master File, which sounds very ominous, but that's basically from Social Security saying these individuals have died."

"Well why isn't that file shared with things like the IRS?" he asked. "

"We have all these false Social Security numbers that are out there that people died 10, 15, 20 years ago people are still filing taxes on," he continued. "People are still filing to get unemployment benefits on -- old numbers that one part of one agency knows already this person died, but the information never got to another part. That's dumb. That's billions of dollars in waste."

He believes the Church should do a better job of influencing the culture instead of passing off complicated problems to Washington. Lankford capitalizes on chances to share his faith and encourages Americans to live theirs.

"Our faith calls us to peace, love and joy," he told CBN News. "When we exhibit the joy of Christ we're not demeaning and hateful; we exhibit deep love. I believe every person was created in the image of God and has value and worth."

He and his wife are also experiencing the blessings of their political leap of faith.

"We've had so many times of people coming to know Christ with James there and he's been a part of that - either partnering with someone or he's had opportunity to come along and plant another seed and people have come to Christ," Cindy Lankford said. "And some of those people that you watch and you think, 'Only my God could do that.'"

Despite the many problems Sen. Lankford sees in plain view he suggests Americans shouldn't lose hope.

"There are a lot of believers who have been elected in the last five or six years so I look at it and I think, God is up to something. At the end of Sodom and Gomorrah God was pulling all of the believers out. He seems to still be sending people into this place so what He has not written off we should not write off," he said with a smile.