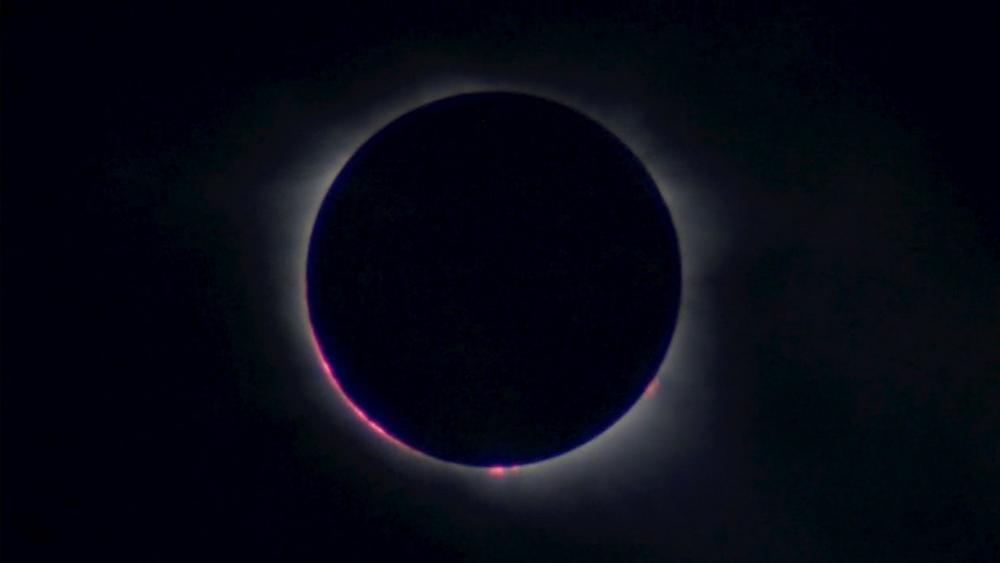 As I watched the recent wall-to-wall news coverage of the coast-to-coast eclipse, I had an epiphany. On one day, God spoke to an entire country at the same time.

In our CBN News coverage leading up this historic event, we covered quite a few biblical angles, asking questions about possible End Times significance. It's some pretty profound stuff.

But when I saw all the faces staring into the heavens, something suddenly snapped into place for me. This was indeed a spiritual event.

Yes, eclipses are predictable scientific moments in time. But there's something deeper going on as well.

I heard people talk about goosebumps on their arms. I was even surprised to hear scientists describing it as a spiritual event.

There was palpable excitement and widespread awe and wonder.

This was a day when an entire country stopped to stare at the sky together, and that day will happen again, but not because of a solar eclipse.

Just as the Old Testament is filled with shadows and types of Christ, from God's provision of a sacrifice for Abraham and Isaac, to Jonah in belly of the whale for three days, God still speaks to us through signs of the times.

God is always trying to speak to us, but many times we're not paying attention.

So it's not such a bad thing when the entire sun gets blotted out for a few minutes, reminding us just how small we are, forcing us to contemplate our place in the universe.

In one transcendent moment today, millions of Americans "slipped the surly bonds of earth... and touched the face of God," in the words of poet John Gillespie Magee, Jr.

This fascination with an eclipse exposes a hunger in our souls, to know something or someone greater than our mundane day to day existence, someone or something that can rescue us from race riots, political rancor, fake news, nationwide anxiety, wars and rumors of war. And it turns out THAT someone wants to rescue and save us, not for a brief moment, but for all eternity.

So when I saw all those millions of faces staring at the sky in unison, it reminded me of this one thing - Jesus Christ is coming back to earth someday.

This quote from Jesus explains in nicely.

"But in those days, following that distress, 'the sun will be darkened, and the moon will not give its light; the stars will fall from the sky, and the heavenly bodies will be shaken.' At that time people will see the Son of Man (Jesus) coming in clouds with great power and glory." - Mark 13:24-27

“There will be signs in the sun, moon and stars. On the earth, nations will be in anguish and perplexity at the roaring and tossing of the sea. People will faint from terror, apprehensive of what is coming on the world, for the heavenly bodies will be shaken. At that time they will see the Son of Man coming in a cloud with power and great glory. When these things begin to take place, stand up and lift up your heads, because your redemption is drawing near.”

Jesus IS coming back to earth one day, and today He's given us another chance to get right with Him.

That longing you feel, to know who you are and where you came from, reveals the existence of your eternal soul.

In the same way that the moon is the perfect size and perfect distance to precisely eclipse the sun, there's a hole in your heart that only has one precise solution. His name is Jesus.

To paraphrase the great mathematician and scientist Blaise Pascal, there's a God-shaped hole in each of our hearts that only God can fill.

"What else does this craving, and this helplessness, proclaim but that there was once in man a true happiness, of which all that now remains is the empty print and trace? This he tries in vain to fill with everything around him, seeking in things that are not there the help he cannot find in those that are, though none can help, since this infinite abyss can be filled only with an infinite and immutable object; in other words by God himself." - Blaise Pascal, Pensées VII(425) 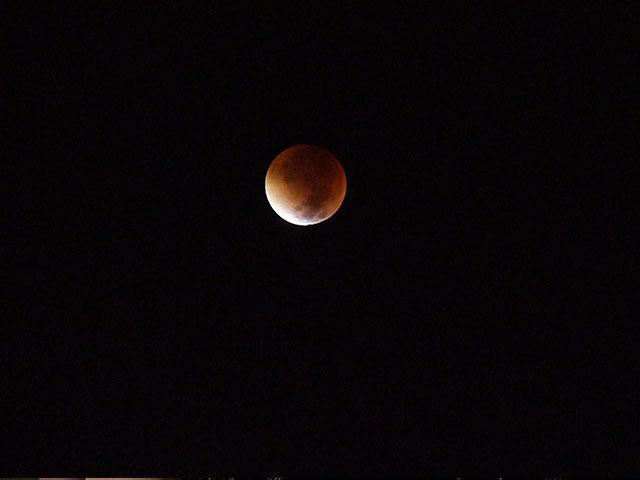