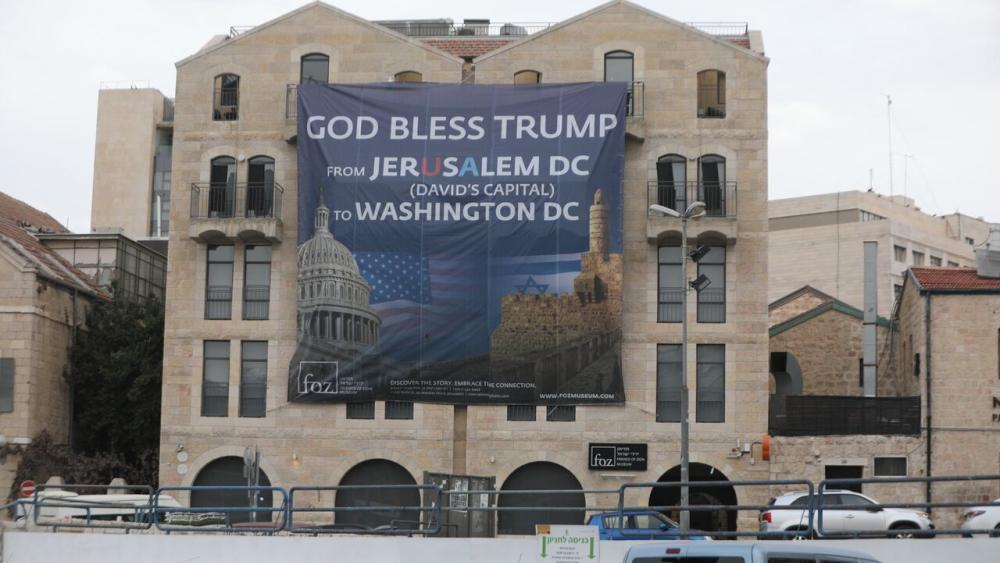 More than 100 giant banners that read ‘God Bless Trump’ are on display throughout Jerusalem. Evans is founder of the Friends of Zion Museum in Jerusalem which shows how Christian Zionists have helped the Jewish people throughout history.

The 40-foot banner first appeared on December 6 when Trump made his historic announcement that he was recognizing Jerusalem as the capital of Israel and would begin the process of moving the US Embassy to Jerusalem, as mandated in the 1995 Jerusalem Embassy Act.

Since then, the banner has appeared on billboards, buses and even camels. “We believe what he (Trump) did is going to bring the blessing of God on our own country America,” Evans told CBN News.

Evans and other evangelical leaders have hailed Trump as a modern day Cyrus, the Persian King in the Bible who helped the Jewish people return to Jerusalem after the Babylonian exile.

“President Trump's historic recognition of Jerusalem will secure his place in history as the first American president to take that step since the founding of the State of Israel in 1948,” Evans said. It’s not the first time Evans has unfurled his banners in Jerusalem. Trump was greeted with similar banners in 47 locations throughout Jerusalem that said ‘Trump Make Israel Great’ when he visited in May of this year.

The current campaign is scheduled to continue until Vice President Mike Pence’s visit to Israel in mid-January.