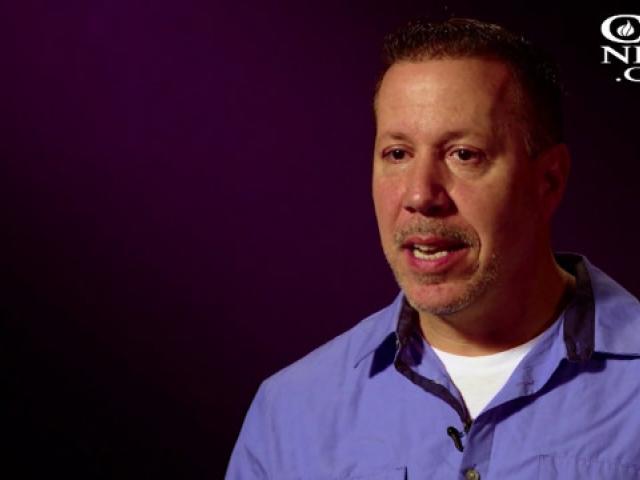 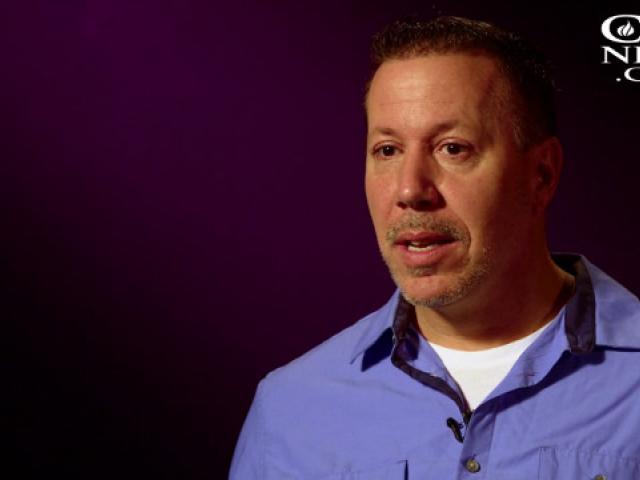 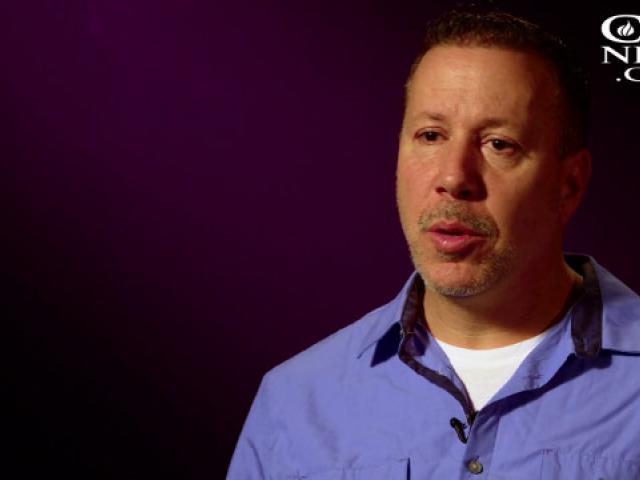 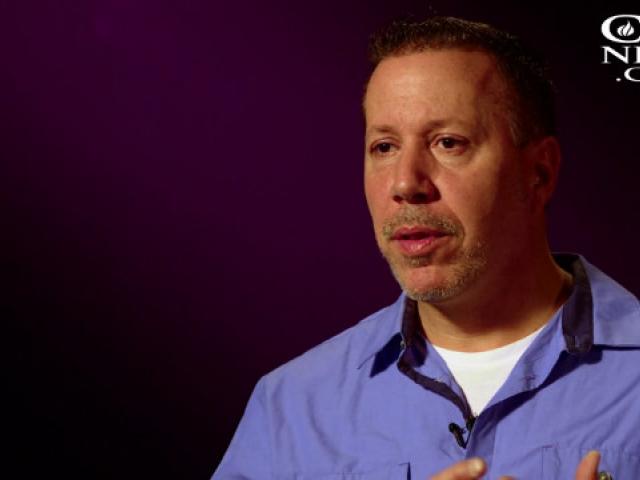 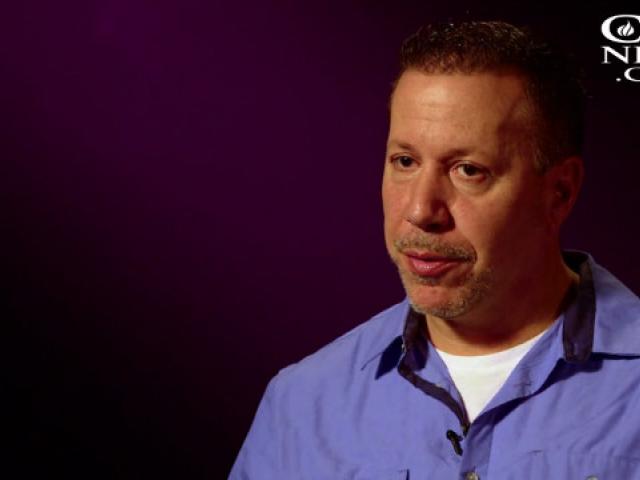 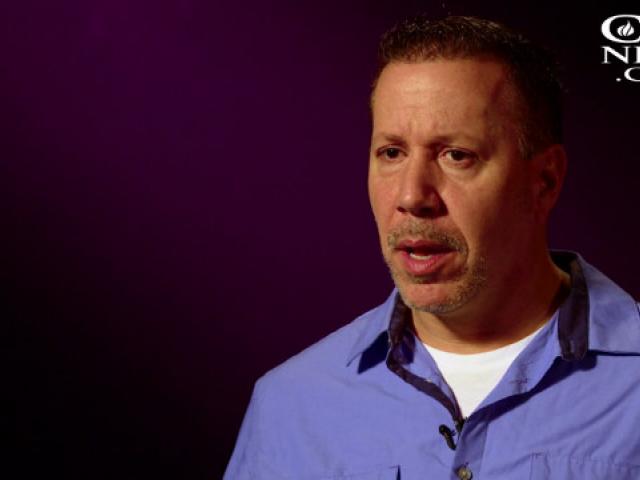 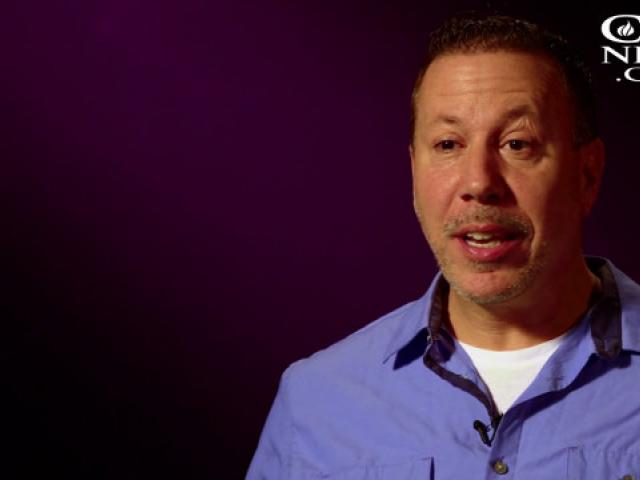 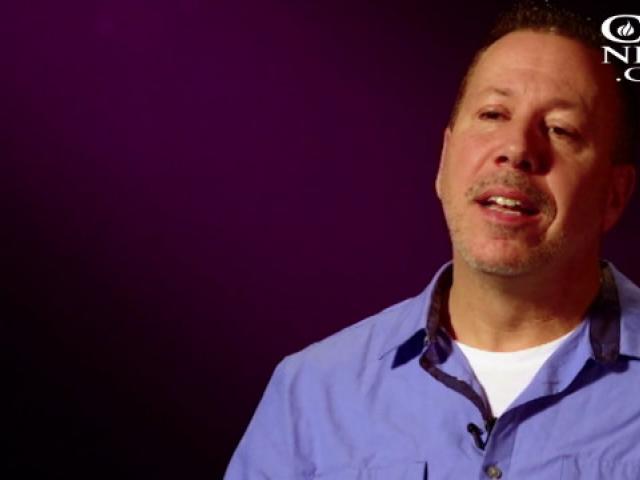 Why would I put my reputation on the line and write an article about a NY police chaplain who publicly prophesied Trump’s presidency before the close of the election?

The answer is simple: Because his prophecy came to pass.

Furthermore, Prophet John Natale spoke into my life over a year ago. An intern invited me to her church in Newport News, VA with little warning that I’d meet an itinerant preacher from Suffern, NY who’d give me a prophecy so accurate that had I not been a Christian, I would have been spooked.

What he spoke came to pass in less than a week.

That’s proof enough for me, but this article is not to convince you of his authenticity.

God has given him a new word and we got the exclusive. Perhaps as you listen to my interview your heart will be pricked and you’ll believe for yourself – or not.

But if this word is accurate, this man has given us a glimpse into God’s grand plan for this nation and His purpose for our new president.

You had a dream about Donald Trump. Can you share?

“I was in his office and we’re talking finances and he asked me how much finances were needed to fund the Kingdom. I actually gave him a dollar amount. He said I want to fund the Kingdom. I didn’t understand the dream because I don’t have a relationship with him. I asked God why are You giving me a dream about Donald Trump and He said, ‘but you’ll know at a certain time.’”

What did God show you in the second dream you had in 2015?

"In 2015….I had the 2nd dream. I’m walking in a conference center or auditorium. I see him walking towards me. He wasn’t his normal size. He was about eight feet tall... and he was wearing a wool trench coat – pea coat style. And he was walking with another individual and I knew this individual was guarding him. And this angel was actually taller than he was. And I looked at him and he came right towards me and I said, ‘Are you prepared to be the president of the United States?’” And he looked at me with that smile because he knew what I was talking about and he knew I had some inside information. This was obviously before the election, almost a year before and I looked at him again and said,’ Are you prepared to be president of the United States? And he nodded...”

Has God revealed to you anything about the administration?

How did God tell you that Trump is going to serve two terms?

"The dream was the first four years. The second tenure is He spoke to me and He told me that. When He speaks to me then I release it."

You knew there was going to be backlash when you publicly released your prophetic words -- Were you afraid?

"Even throughout the years there’s always people against you. People don’t receive the prophetic or they think it’s quacky or they just don’t believe it. All of the stuff that I release in our ministry is on social media. Every prophetic word that I release is on social media. If God tells me to release it then I release it. I knew I was going to get some backlash but I have to be obedient….The word of God says in Amos that He declares the mysteries of the heavens to the prophets first. So you’re accessing information that is hidden and you are to release it. And I’m releasing it as a forecast to the Body of Christ. To the point that I heard the sound of the Trump. When you release these words you know you’re going to get some stuff but it’s part of the package."

Is there room for error when you give prophecies?

"In the prophetic, you’re taking a risk. You are either on or you’re off. I don’t believe you can be 99 percent on and 1 percent off because if you’re 1 percent off that affects who knows how many people. So I don’t believe there is any room for error. If you are hearing the word of God correctly, it’s 100 percent or it’s nothing. If it’s not 100 percent, He’s not going to trust you to release it because it’s about touching people’s lives because they are going to listen to that and they are going to pray into it. And the thing about the prophetic is if a word is given you don’t just automatically receive it and say ok this is as good as gold. You pray into it. The word of God says test it and see if this is Me. And you know what, if you got eyes to see and ears to hear and a heart that’s willing to say God I’m not going to put my trust in man, I’m going to put my trust in You, so if this is of You speak to me and give me the peace. So at the end of the day it doesn’t matter who is in office. It’s about I trust You that You have the best interest in my life.”

God gave you a word about the government a few weeks ago?

"I spoke a word several weeks ago about how our government was going to actually bring in the prophets. And have them used to help facilitate, whether it’s law and order or whatever they need or just decisions for wisdom...the awesome thing about the prophetic is..Jeremiah 33:3 says call unto Me and I’ll show you great and unsearchable things that you do not know. There’s information out there that’s not accessible unless it’s obtained by Him."

What do you love the most about how God uses you?

How will this next administration handle our relationship with Israel?

"Realistically, I do believe that they are going to help facilitate structure there, relationship, trust. I think that’s the number one thing that needs to take place between the United States and Israel is trust. The Word of God says that if you bless Israel you’ll be blessed. If you curse her you’ll be cursed…. I do believe that we have a mandate in our nation to support her and do whatever we can to help facilitate her destiny and bring about unity and peace….I do believe that great relationships are going to start. It’s going to make an impact on our country. Do I see that coming soon? I do. I believe there is going to be a quickening with Israel and the United States."

What is one thing God wants to establish in this nation?

"The greatest element that we have is love….It has to be about how I love you unconditionally. That’s the one thing that God wants to establish in this nation is unconditional love."

How will this administration handle religious liberty?

"I don’t think that they are going to discriminate. I don’t believe that that’s the answer. We don’t want to create dividing walls. Jesus was not that way. He never discriminated. “He said he who is without sin cast the first stone and we knew who He was talking about. It’s not about discriminating against someone and telling them they can’t. It’s about loving people unconditionally. I do believe if he prays, if he seeks God and I do believe he will. I do believe Vice President-elect Pence will. I do believe that they’ll seek God for wisdom. And if you seek God for wisdom, you’ll make correct decisions….” (editor's note: quote given before inauguration is reason Pence is referred to as Vice President-elect.)

Has God given you any warning for Israel?

"The only warning that I hear in this nation is we need to completely embrace Israel, completely….It can’t be 50 percent, 75 percent it got to be 100 percent....” Since 2002, Prophet John Natale has traveled the country as an itinerant preacher and staff pastor at numerous churches throughout the state of New Jersey. In 2005 he planted The Revival Center in Cranford, NJ.  Now he ministers to an online community called REVIVE that meets weekly.