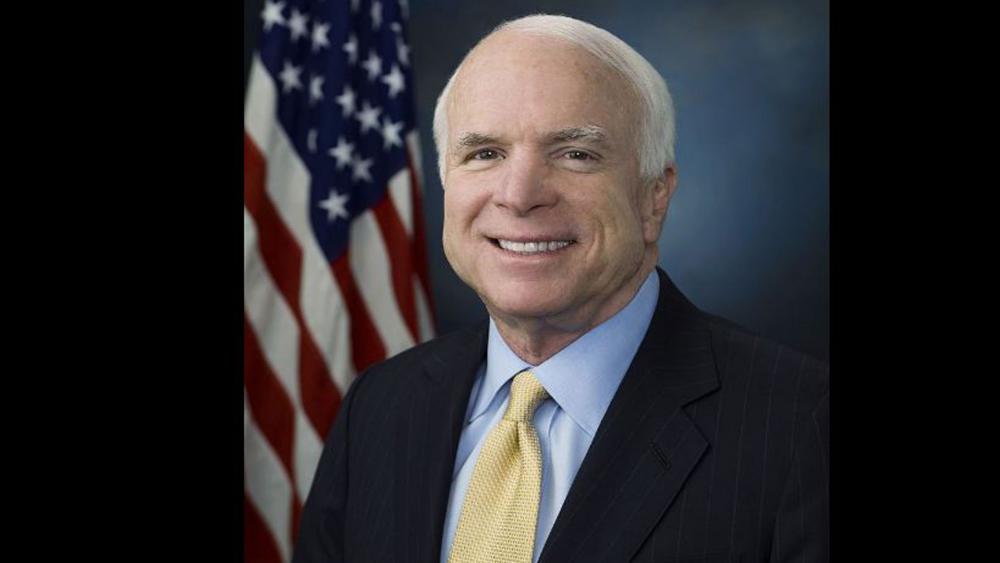 Republicans and Democrats in Washington, along with people across the country, are offering their support for Arizona Republican Sen. John McCain.

The 80-year-old McCain has been diagnosed with one of the most aggressive forms of brain cancer, the same kind that killed Sen. Ted Kennedy and Beau Biden, the son of former Vice President Joe Biden.

"On Friday, July 14, Sen. John McCain underwent a procedure to remove a blood clot from above his left eye at Mayo Clinic Hospital in Phoenix. Subsequent tissue pathology revealed that a primary brain tumor known as a glioblastoma was associated with the blood clot," his office said in a statement.

President Donald Trump tweeted his support: "Melania and I send our thoughts and prayers to Senator McCain, Cindy, and their entire family. Get well soon."

Melania and I send our thoughts and prayers to Senator McCain, Cindy, and their entire family. pic.twitter.com/SO4XYgnyug

And former President Barack Obama, who defeated McCain in the 2008 presidential election, tweeted:

"John McCain is an American hero & one of the bravest fighters I've ever known. Cancer doesn't know what it's up against. Give it h***, John."

CBN's David Brody interviewed Sen. John McCain when he was running for president in 2008. Click here to see it.

Brody sat down with him again in 2015 to discuss the GOP and President Obama's nuclear deal with Iran. Click here to see it.

McCain's family and doctors are deliberating their next treatment options, which will likely include radiation and chemotherapy.

About 20,000 people in the U.S. each year are diagnosed with a glioblastoma, a particularly aggressive type of brain tumor.

McCain is the chairman of the Senate's Armed Services Committee. His absence from the Senate had forced Majority Leader Mitch McConnell, R-Ky., to delay action on health care legislation.

In a statement, McConnell said: "John McCain is a hero to our Conference and a hero to our country. He has never shied from a fight and I know that he will face this challenge with the same extraordinary courage that has characterized his life. The entire Senate family's prayers are with John, Cindy and his family, his staff, and the people of Arizona he represents so well."