'Angels Walking Among Us': The Heroes Who Stood up to the Portland Attacker 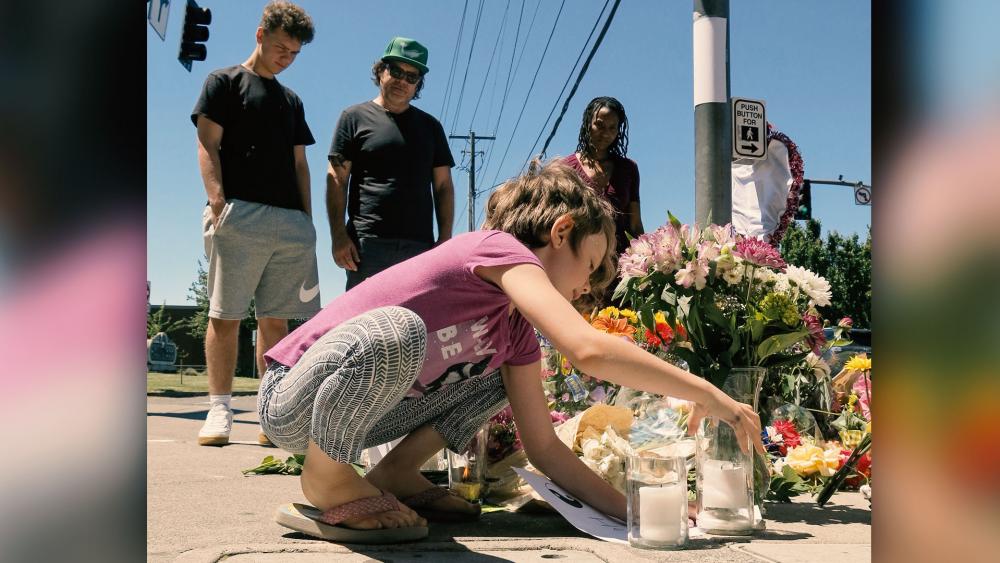 As paramedics prepared to take Taliesin Myrrdin Namkai-Meche from the Portland train where he'd been stabbed by a man on a hate-filled rant, he wanted the other passengers to know one thing: "Tell everyone on this train I love them."

Namkai-Meche, 23, was one of three men who stood up and put himself in harm's way. He died at a hospital from his wounds. Rick Best, 53, an Army veteran and father of four, died on the train. Micah David-Cole Fletcher, 21, was injured but survived the attack.

The men were "angels walking among us," said Rachel Macy, a passenger who witnessed the scene and prayed with Namkai-Meche as he lay bleeding on the floor.

The alleged attacker, Jeremy Joseph Christian, stepped onto the train and began screaming about "colored people" running the city and that he had rights as a taxpayer, The Oregonian reports. He also made anti-Muslim remarks.

Best, Namkai-Meche, and Fletcher put themselves between the attacker and two-teenage girls who appeared to be the target of the abuse, Macy said. They tried to get him to calm down and agree to leave the train, but Christian kept shouting.

At some point, according to Macy, one of the men tried to move Christian who then struck out, stabbing the men.

Fletcher got off the train, holding his neck. A man who identified himself as a veteran applied pressure to his wound and called his family. Fletcher is in the hospital and expected to make a full recovery.

Macy told him to lie down and gave him her tank top, which he pressed against the wound.

"I just kept telling him, 'You're not alone. We're here,'" Macy said. "'What you did was total kindness You're such a beautiful man. I'm sorry the world is so cruel.'"

She then told him "pray with me," and she prayed for the wounded man and his family. About 20 minutes after he was taken from the train, Macy learned the young man had died.

The next night, she met his family, who thanked her for "being a mamma to our boy in that moment."

Macy said she only did what had to be done. "I just kept thinking this is someone's child."