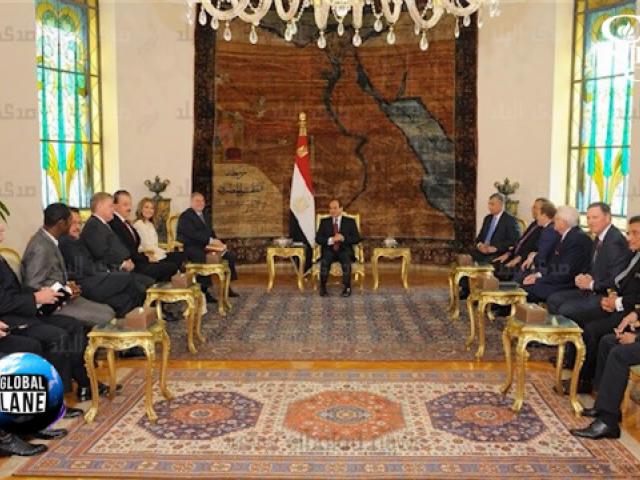 A group of U.S. evangelicals on a tour of the Middle East met with Egyptian government officials Wednesday.

Al-Sisi began the meeting by expressing his condolences to the delegation for the victims killed in Tuesday's terrorist attack in New York City.

The Egyptian president told the group that his nation is interested in strengthening communication and understanding with American society in order to better address the challenges facing both countries.

Al-Sisi also stressed Egypt's openness and tolerance of all religions. He also noted his country's determination to uphold the principles of citizenship, equality and non-discrimination among all of its citizens.

The leaders of the American delegation likewise expressed their appreciation to the Egypt's leaders and its citizens, hailing the country as a cornerstone of stability and moderation in the Middle East.

They also expressed their solidarity with Egypt in the face of terrorism and discussed ways to combat it, including the international community's adoption of a multipronged strategy.

"This was an historic meeting that I believe is setting into motion an historic relationship between an Arab Muslim leader and the Evangelical Christian movement," said Rosenberg. "And I couldn't be more humbled and excited that it happened."