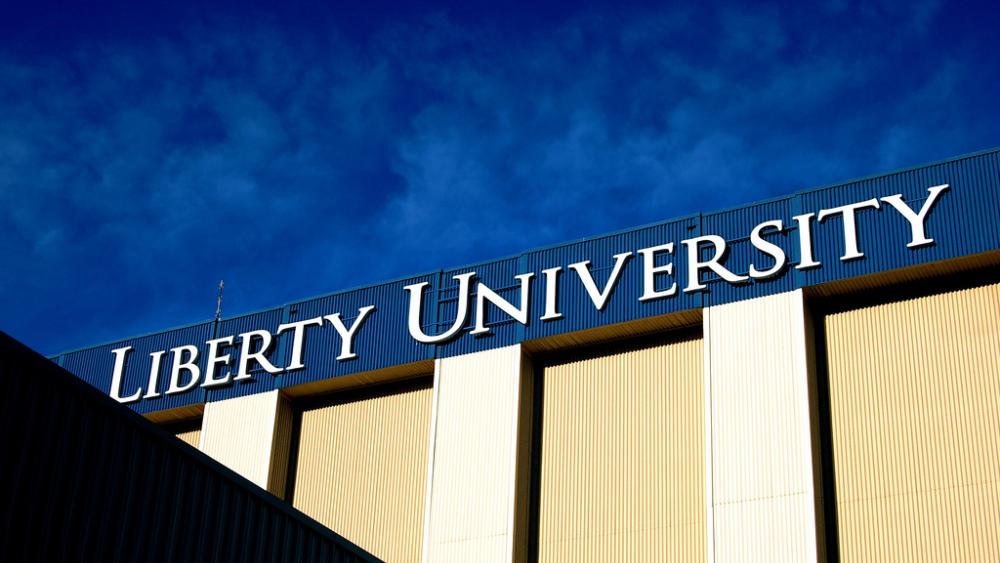 A prominent Evangelical pastor was escorted off the grounds of Liberty University Monday night.

Author and pastor Jonathan Martin took to Twitter after authorities demanded he vacate the campus while socializing backstage after a Johnnyswim concert.

Tonight after the @JOHNNYSWIM show, 3 armed @LibertyU police officers (& I think 2 not in uniform)came & escorted me out of their green room pic.twitter.com/eigyE1LjaG

This was evidently in response to my strong criticism of @JerryFallwellJr's alignment not only with the darkest contours of Trumpism, but

expressly with Steve Bannon & the alt-right he represents. I came to the show  tonight as guests of @JOHNNYSWIM & @amandasuramirez.

Last week Martin tweeted a plan to assemble students after the concert to pray through a tone of resistance.

.@JerryFallwellJr will see a nonviolent army of @LibertyU students, faculty, friends who say “no more” in Jesus’ name. #LiberateLiberty https://t.co/8RaGMI5D0i

The move raised confusion as to why a pastor would be banned from a Christian campus when he simply wanted to pray.

However, President Jerry Falwell Jr. told CBN News that the decision was made to dismiss Martin from the campus for failure to comply with event protocol and to prevent what may have escalated into a hostile scenario, given Martin's past of fiercely ridiculing Falwell's support for President Donald J. Trump. The university requires guests to complete the proper paperwork to hold events in their facilities or on their campus. The university also holds the right to refuse access to the public under their own judgement, given its private jurisdiction.

Liberty University released a statement in response to the incident, which included the following:

"In light of the climate of protests associated with campuses across the country, Liberty University takes seriously its obligation to preserve and maintain campus safety and security...It may be possible that Jonathan Martin knew his unauthorized event would ultimately not be permitted to occur on the private property of Liberty University but he simply hoped to garner more attention to his cause by having his efforts stopped.  So be it.  The judgement was made that it was safer to stop the event before it started than to attempt to turn away an unknown number of people who traveled to Liberty's campus.  Either option likely gives Mr. Martin's cause the publicity he apparently seeks.  The university cannot be concerned with whether its actions provide additional oxygen to either side of a debate but rather must be concerned about safety and security of its campus."

Students took to social media to express their concern that the administration was censoring free speech, a move that would fall in staunch contrast to Liberty University's reputably conservative values.

However, Falwell has routinely expressed the importance of free speech and dissenting dialogue – even when students publicly opposed him or the administration.

In 2015, Ted Cruz announced his presidential campaign at Liberty University's "Convocation," boasted to be the largest weekly gathering of Christians in the world. Among the crowd of over 13,000 a small group of students wore matching "Stand with Rand" shirts signifying their support for Rand Paul. The students' actions quickly made headlines given the strong media presence at the announcement.

Falwell responded proudly to the behavior:

"A fundamental part of the college experience is being exposed to a variety of viewpoints so students can better understand why they hold their own beliefs and be better prepared to defend them. The fact that some students attended the service wearing T-shirts supporting another potential candidate shows that our students are not indoctrinated; they are free — and encouraged — to form their own opinions about what they hear in Convocation and to express it."

During the 2016 primaries, Falwell, having recently endorsed then-candidate Donald Trump, praised the students for thinking independently in their voting decisions after polls showed Rubio scoring 44% of votes on Liberty's on-campus precinct in contrast to Trump who received 8%.

Martin had planned a prayer conference the morning after the concert in front of the Jerry Falwell Library, named after Falwell Jr's father and founder of Liberty University. A small group of students still met in front of the building to pray for reconciliation and peace in the Church and in culture.

The evening of the dismissal, a group of students met with Martin off campus to discuss the incident.

He wanted to know about our experiences at Liberty University and our perspectives. We shared our opinions and views on how power dynamics work at Liberty. We prayed together, he was a humble guy." -Kenny Delevante, Alumni '17

"We discussed the status quo at the school, how we can go about addressing the rise of white nationalism and ethnocentrism. We talked about the alignment with Breitbart, marriage between the institution and white nationalism." Nathanial Totten, Music and Worship major

White nationalism has been a popular narrative against the Trump Administration and its supporters. Falwell insists this narrative is misguided, as portrayed in his post-Charlottesville tweet:

The truth as stated by @realDonaldTrump is that violent white supemacists, Nazi, KKK and similar hate groups are pure evil and un-American.

Jonathan Martin did not return a request for comment.