'The US Is a Solid Partner': Kenyan President Meets with Trump 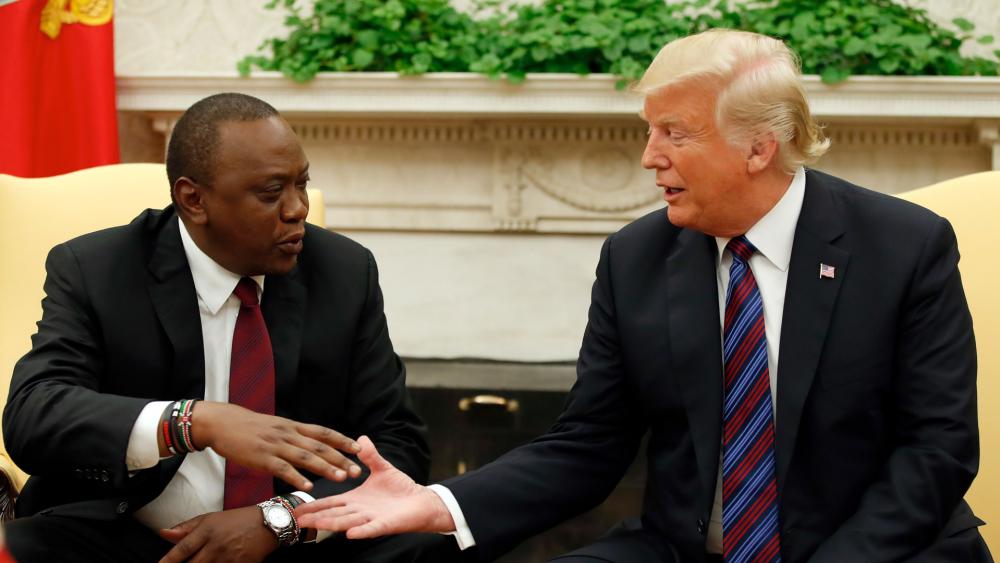 WASHINGTON – Kenya's President Uhuru Kenyatta is the second African leader to meet with President Donald Trump at the White House.

The meeting between the two leaders comes as East Africa's commercial hub emerges from months of electoral upheaval.

"Kenya and the US have a very strong relationship, and we're here to renew that partnership," Trump said.

The focus of the summit was trade and regional security. The Security Assistance Monitor reports that Kenya is currently the third highest recipient of US security aid in sub-Saharan Africa.

Currently, both the United States and Kenya have troops stationed in Somalia. In retaliation for the foreign military presence, the al Qaeda-linked terrorist group al-Shabab has invaded Kenya, launching dozens of attacks that have left nearly 100 police officers dead since May 2017.

"We all are hopeful that we all shall be able to pull out of Somalia in the shortest possible time," Kenyatta told Voice of America ahead of Monday's meeting. "The withdrawal date is based on us being able to defeat Al-Shabab, on the Somali people being able to establish strong, solid security structures, a national army and good administrative structures that will then ensure that they are capable of handling their own affairs."

"We have a very good, excellent cooperation, especially in our fight against terrorism because of the neighborhood we're in, and the US is a very strong and solid partner," Trump said.

Kenyatta is also scheduled to meet with US business leaders in Washington following his sit-down with Trump.

Then, on Thursday, the Kenyan leader will host British Prime Minister Theresa May in hopes of strengthening existing security agreements.