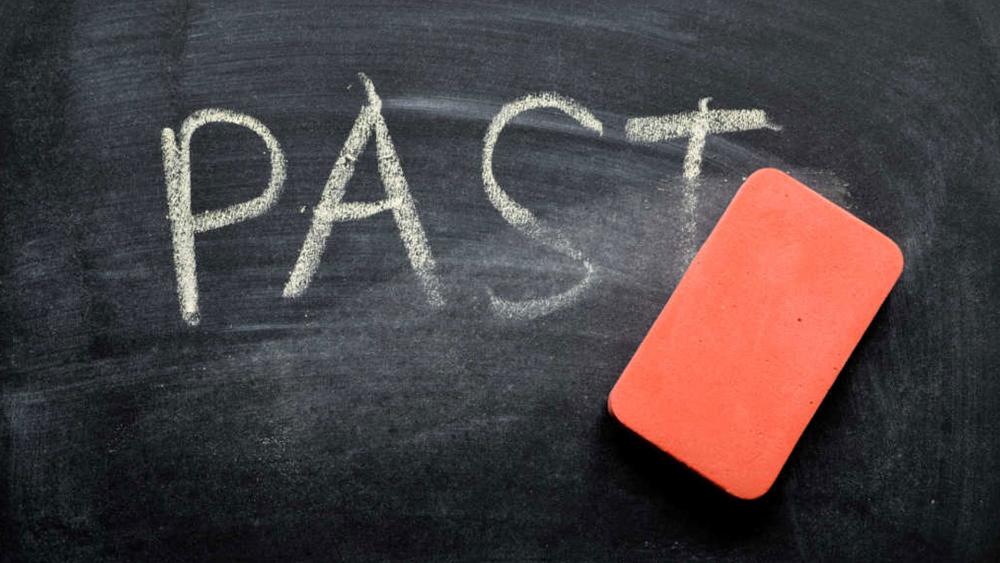 Former ESPN producer Jason Romano reveals how his Christian faith led him to forgive his dad after years of alcoholism and chaos — and he offers some much-needed guidance for anyone else struggling with a loved one who has caused pain.

Forgiveness can be hard, especially when a loved one has wronged us. But, as Christians, we’re commanded to offer grace to those who have hurt us…no matter what.

Of course, this is often easier said than done, as evidence in stories shared by people like former ESPN producer Jason Romano. Romano’s parents divorced when he was just 6 years old, though he said his dad was “always around.”

Eventually, though, his dad developed a problem with alcoholism — and, over the years, Romano said that it sparked scores of problems. He shares these struggles in his new book, “Live to Forgive: Moving Forward When Those We Love Hurt Us.”

“I remember going to the bar as a kid, and he would get me a soda and let me play the pinball machine while he was at the bar watching the game with his buddies,” Romano told Faithwire. “I remember things like that, but at that time, that’s not abusive to me. That’s just kind of a kid with a soda playing video games, you know?”

As the years wore on, though, that dynamic dramatically changed. He recalled a specific incident in 1984 when his father took him to his first NFL game between the Eagles and Giants — a moment that left him embarrassed and saddened.

“My dad was the one who took us to this game. The only memories I have from this game are terrible memories of him being drunk, him yelling and screaming and getting in fights with the fans from the Eagles, my dad was a Giants fan, and is a Giants fan,” Romano said. “Then the drive back and being scared in the back seat because my dad and my stepmom … were arguing, and my dad was swerving all over the road because he had been drinking too much. That’s one of the earliest memories I have of him.”

Romano described his relationship with his dad as being somewhat of a “rollercoaster of good and very, very bad.” While he had a good dialogue with his dad as a teen, alcoholism often got in the way.

Tragically, his father missed many of the most important and transformational moments in his life.

“The first time my dad ever went to rehab, was when I was in high school, caused him to miss my high school graduation,” he said. “He was in rehab for my college graduation. He was in rehab during the birth of my daughter, during the day my wife and I got married. There was a lot of big moments, these are huge moments for a man, a person, and my dad wasn’t at any of them.”

Over time, resentment naturally took root as did bitterness and anger. What was once a father-son relationship had become more of a “friendly conversation with someone.” Romano said that his father would sometimes get drunk and that he would receive a “very abusive” phone call.

Romano soon found himself putting up boundaries to try and protect his family. Then, in 2013, Romano’s father hit his lowest point yet. That’s when Romano finally started experiencing true empathy for his dad.

“When I saw that, I had started to have empathy for him, then I really started to pray and search the scriptures and see what Christ said. He said, ‘Listen, you’ve got to forgive as I have forgiven you,'” Romano said. “‘All the time. Every time.’ I’m like, ‘Oh man. I guess that means my dad too.’ I had to literally put him on the same playing field as myself in the eyes of Christ.”

In the end, Romano said that making this change wasn’t really about his dad; instead, it was about releasing himself from the bondage of pain and anger.

“When we choose to forgive, when we live to forgive, what we’re doing is, we’re freeing ourselves from having the anger and the bitterness and the bondage, if you will, that we go through,” he said. “That was the moment when I said, ‘If I’m going to call myself a Christian, a believer in Jesus, and I am taught to forgive on a daily basis … but I’m not going to forgive him, what am I doing?'”

He realized a failure to truly forgive meant he was a hypocrite. That change of heart on Romano’s part actually ended up going a long way. It’s been almost five years since Romano’s dad hit his lowest point — and he’s been sober ever since. The two have reconciled and now have a good relationship.

But Romano is keenly aware of the fact that reconciliation isn’t a reality for everyone. Still, forgiveness is essential.

“So many people are going through situations where they have an abusive ex-husband or ex-wife, right? You’re not going to reconcile with that person most likely,” he said. “But you can choose to forgive them, not because they deserve it, but because you need to be free. That’s kind of the idea behind it.”

This isn’t the first time Romano has spoken out on this issue. In fact, he first shared his struggles with his father’s alcoholism a few years back in a blog post titled, “I Forgive You, Dad.” His candid discussion of the issues at hand truly resonated.

“I wrote this blog just simply saying, ‘I forgive you, dad.’ And it was maybe four paragraphs, and it was a little explanation about the history of my dad and my relationship, and a little bit about his alcoholism, and then just a little bit about me choosing to forgive him,” Romano said. “I never went deep into the reason why. I never went deep into any stories or anything like that, just kind of wrote this blog.”

Then, after peaching some sermons about forgiveness, he noticed the story further resonating with those who heard it. Read more about Romano’s story here.