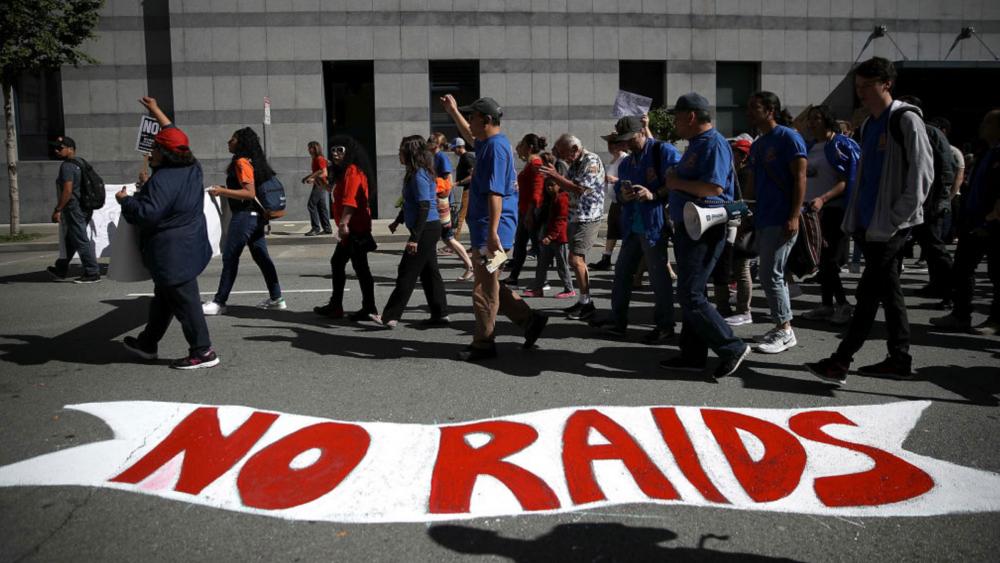 Christians are told to submit to their government in Romans 13 which says, “Let everyone be subject to the governing authorities, for there is no authority except that which God has established,” because the authorities have been placed into power by God.

There is only one reason that Christians are given which would allow them to disobey their government.

When the government violates Scripture (Acts 5:29) then Christians are told they must follow God’s law.

That’s not always the case.

California business owners may soon find themselves in a situation where they are forced to choose between God’s law, state law, federal law or a combination of the three.

Rumors are circulating that Tom Homan,  acting director of U.S. Immigration and Customs Enforcement will be conducting raids in Northern California following his statement earlier this month that.

“California better hold on tight… If the politicians in California don’t want to protect their communities, then ICE will,” he said.

Homan made the statement after California passed legislation that “officially” makes it a “sanctuary state.”

Governor Jerry Brown who signed the “sanctuary state” bill into law in October without a vote from the citizens of California, said “These are uncertain times for undocumented Californians and their families, and this bill strikes a balance that will protect public safety, while bringing a measure of comfort to those families who are now living in fear everyday.”

Now California Attorney General Xavier Becerra is relaying on additional new state legislation to warn employers within California that if raids occur, employers had better not assist ICE agents in tracking down those wanted in the immigration sweeps.

Citing the “Immigrant Worker Protection Act” that became state law in January and seeks to prevent all workers, regardless of immigration status, from being detained at workplaces, Becerra reminded employers of their legal responsibilities under the law and the consequences for failure to follow it.

Becerra warned that failure to follow the law will mean businesses will face repercussions including fines of up to $10,000, if they assist ICE agents during an immigration crackdown.

“It’s important, given these rumors that are out there, to let people know – more specifically today, employers – that if they voluntarily start giving up information about their employees or access to their employees in ways that contradict our new California laws, they subject themselves to actions by my office. We will prosecute those who violate the law,” Becerra said.

There is a problem with Becerra’s directive to California business owners, however.

The U.S. Supreme Court has “ruled that the federal government has broad and exclusive power to regulate immigration, preempting state and local laws that also attempt to do so.”

The U.S. Constitution grants Congress the exclusive right to legislate in the area of immigration.

In addition, “The Supremacy Clause of the United States Constitution (Article VI, Clause 2) establishes that the Constitution, federal laws made pursuant to it, and treaties made under its authority, constitute the supreme law of the land. … Even state constitutions are subordinate to federal law.”

Given the fact that California’s state law and the federal law on immigration may contradict each other, which law should business owners follow in keeping with God’s commandment to submit to government authority?

Should businesses follow federal law because it’s the supreme law of the land?

READ THE REST OF SUSAN CALLOWAY KNOWLES ARTICLE AT FAITHWIRE.COM