Why Rev. Johnnie Moore Is Praising This Muslim-Majority Nation as a 'Model' for Other Countries 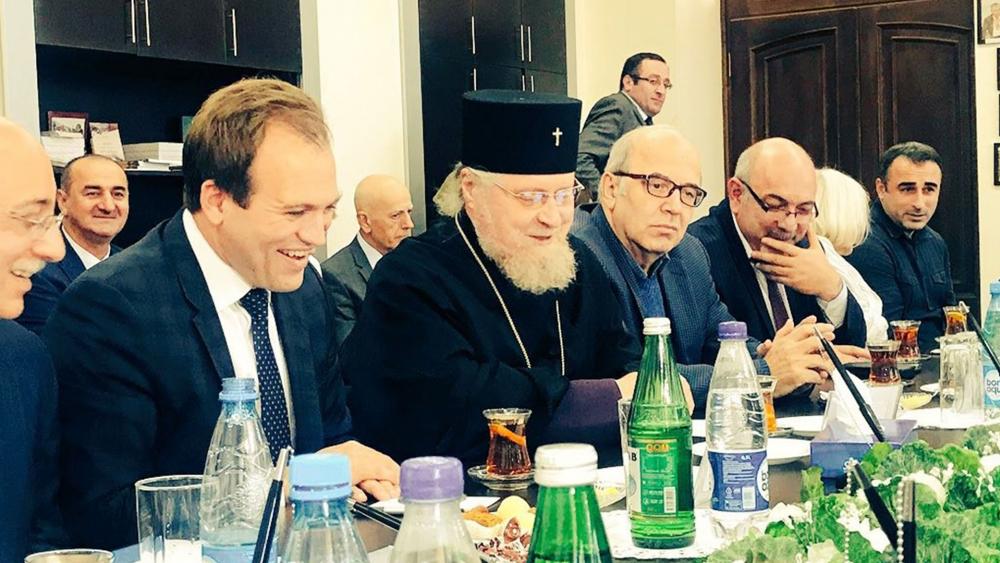 Rev. Johnnie Moore, founder of the interdenominational Congress of Christian Leaders, is singing the praises of Azerbaijan after wrapping up a multi-day visit to the Islamic nation.

Moore says he was encouraged by how people of various faiths and backgrounds seemed to peacefully co-exist in the country, which boasts a more than 90 percent Muslim population.

"I met Sunni and Shia young people who pray together, orthodox and evangelical Christians who serve together," he wrote in a statement. "And I observed the valued and indispensable role a thriving Jewish community plays in a country whose population is over 90 percent Muslim but whose people have celebrated a longstanding relationship between their nation and the State of Israel." Moore was joined by Rabbi Abraham Cooper, associate dean of the Simon Wiesenthal Center. Both men are frequent collaborators on interfaith initiatives worldwide and Moore said he was impressed by the multiculturalism he witnessed during their visit.

"No doubt, Azerbaijan has its imperfections as well," Moore acknowledged. "But I came to specifically assess firsthand the spirit of multiculturalism that undergirds Azeri society, which should be celebrated and which can be a model for many countries in the world."

He indicated this was particularly poignant given Azerbaijan's history as a former Soviet republic.

"It was profound to sit these last few days with Muslim, Jewish and Christian citizens who haven't forgotten the mutual suffering they endured together as devoutly religious under the atheistic, Soviet era," Moore said. "They cherish what they have now knowing what little they had, then. " He noted that Azerbaijan lies in stark contrast to nations like Iraq and Afghanistan, where religion is wielded like a weapon against the people by terror groups like the Islamic State. It's a brutal phenomenon he hopes to help bring to an end.

"Having witnessed firsthand the devastation wrought by the alternative in 2014 by Daesh (ISIS) in Iraq, I decided I would work with all my might to prevent future extremism by finding good partners, encouraging moderation, identifying best practices and building trust through friendship between many religious communities throughout the world, especially between Muslims, Christians and Jews," Moore wrote.

"The fact is that we have allowed our world to become a place where religion is too easily weaponized," he observed. "Rather than being a blessing to the world that God intended, religion has been used as a tool to sow chaos, division, and worse. Even in our most developed and enlightened societies, we are losing the ability to get along with those different than us."

"For the sake of our children, we must find another way, where the name of God is revered, not defiled by our mistreatment of others who are also made in His image," he concluded.